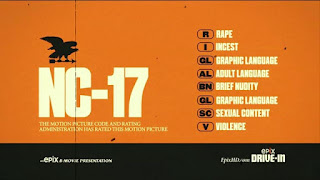 It seems Hollywood is having its Catholic moment as it concerns the flood of accusations from celebrities accusing perpetrators of harassment or abuse, some from 40 or more years ago.

Let me ask a dumb question.

As it concern those in authority or actors on the set who make unwanted advances toward the star, be they male or female, would not the very fact that an actor getting the part hinges on the request to get nude in front of  those filming, and eventually the whole world, be a form of harassment and their ongoing victimization?

It seems that the Hollywood culture that has glorified sex has caused the very victimization of actors and actresses. Isn't it time for virtus type programs that place safeguards to prevent casting directors from being alone with anyone they are asking to strip to protect those applying for parts?  Should there not be a ban on full frontal nudity, actors simulating sex while nude, or actually having sex, to prevent victimization?

HAS ANYONE IN HOLLYWOOD, ADULTS THAT IS, EVERY HEARD OF AVOIDING THE NEAR OCCASIONS OF SIN AND THE ENVIRONMENT THAT COULD LEAD TO VICTIMIZATION?

ISN'T THE WHOLE HOLLYWOOD SCENE OF FREE SEX, SEXUAL SITUATIONS, IN MOVIES AND TELEVISION A SYMPTOM OF A MOLESTING, HARASSING AND ASSAULTING COMMUNITY? SHOULDN'T ACTORS WHO HAVE BEEN VICTIMIZED COME FORWARD AND HELP CHANGE HOLLYWOOD'S ORRUPT CULTURE?
Posted by Fr. Allan J. McDonald at Tuesday, November 14, 2017

The situations you describe do not excuse or invite molestation or harassment. As far as we know, the painter Rubens did not molest any of his subjects. Art is art, show biz is show biz, sexual abuse is real life.

"As it concern those in authority or actors on the set who make unwanted advances toward the star, be they male or female, would not the very fact that an actor getting the part hinge on their willingness to get nude in front of those filming, and eventually the whole world, be a form of harassment?"

First, not all stars appear nude or semi-nude. There are body doubles and body part doubles. An actor may be the star of a movie, but it might not be his/her buttocks we are seeing through a steamy shower door.

Third, take a look at many examples from classical art, examples of which are found in the Vatican. The models who posed for the artists did so, I suspect, of their own volition, and many earned a living or part of their living that way.

Am I comparing every exposed bit of cinematic flesh to classical art in museums at the Vatican and all over the world? No.

Am I suggesting that nudity in art is not, by a long shot, either harassment or the cause of molestation? Yes.

Consent obtained under duress or threat is not consent. Do you imagine those Starlets "consented" to Weinstein?

I agree with Sully. A woman who strips for a movie, a painting, or even on stage as entertainment does not invite or excuse un- wanted touching, molestation, or verbal harassment. Any man who cannot keep his hands to himself and his mouth shut needs his butt kicked.

Michelangelo's personal life.... oy veh.
Flawed, even debauched, artists can create work that is beautiful, even sacred. That is why we love art, because humans (with divine guidance, I suppose) can create things that are so much better than the artist.
Trust the art, not the artist.

The perpetrator is the criminal. Trust is what is betrayed. Much of births training is to prevent aggressors from betraying trust by preventing situations of this kind and educating possible victims about situations that could harm them. The movie industry has no such safeguards as far as I can tell.