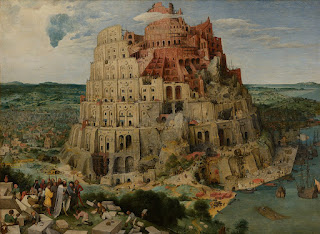 Praytell, the greatest agitator for a return to the liturgy wars has this little ditty from Michael Joncas on their blog today, which you can read here.

This is but one terroristic threat from his article:

“…Comme le pre’voit speaks of historical matters accurately. It recalled, for instance, that in the Latin liturgy ‘many of the phrases of approach to the Almighty were originally adapted from forms of address to the sovereign in the courts of Byzantium and Rome.’ Hence translators should ‘study how far an attempt should be made to offer equivalents in modern English for such words as quaesumus, dignare, clementissime, maiestas, and the like’ (CLP) 13. Unfortunately, those who prepared the 2010 Missal…seem to have failed to put this question to themselves.” (27)

“The 2010 Missal relentlessly pursues…the unctuous or fulsome paths of [Byzantine and Roman] courts, with ‘graciously’ incessantly introducing prayers: ‘graciously grant,’ ‘graciously accept,’ ‘graciously choose,’ and so forth. ‘We pray’ is likewise regularly inserted….” (39)

At the very same Praytell site, there is this news revealed that Cardinal Muller, and for very good reason, as noted in the above quote and the agitation that progressive liturgists are even now bringing to the table of retranslations:


Muller expresses reserve about giving bishops’ conferences more freedom in the translation of liturgical texts. The Cardinal says the liturgy should unite and not divide. “The last authority in cases of doubt cannot lie with bishops’ conferences.” Otherwise one could fear that the unity of the Catholic Church in faith, confession, and prayer would be destroyed. . . .  The cardinal referred to experiences where bishops have brought in translators who watered down Biblical and other texts under the pretext of better comprehension.

DUH! DO YOU THINK?

The old proponents of democratization of the liturgy raise their heads again, to bolster their inroads already made with communion in the hand, trivialized liturgies (EP II especially), (extra?)ordinary (women) minsters of communion, etc. The only problem is that democracy at its root is egalitarian (as Tocqueville points out), and if that means, as we see in so many novus ordo liturgies today (if not all) that humans are equal to God, then that is basically atheism. The other way to arrive at the same conclusion is understand that democracy derives from the notion that the human is best able to determine what is right or best for himself, rather than, ultimately God. Same atheism.

Fortunately for me, the Greek Catholic churches have not gone down that road too much, so I can still shelter there. Otherwise, it will be forward my mail to Moscow.

The Tower of Babel is coming but, it probably won't matter as attendance will likely be down another 5+ points before the impact of this is really felt. On the positive side, John Nolan is going to have to get to church extra early on Sunday to set up folding chairs for the overflow crowd.

Müller has long warned against Episcopal Conferences being seen as an intermediate authority between the diocesan bishop and the Holy See. As for Joncas, isn't he the one who writes trite musical ditties, a sort of male Bernadette Farrell?

"As for Joncas, isn't he the one who writes trite musical ditties"

Yes. Greatest hits like "Take and Eat" (as opposed to humbly receive) and "On Eagles Wings" among others are in hymnals used here in the U.S.

I won't disparage those who like this stuff but, I think we can do better than this on an average weekend. Much better.

Praytell is invaluable. These liturgists themselves are openly showing how what they really want is not to translate the Latin text, but to import an ideology into the Roman rite that is not present in the editio typica. That's the main difference between today and the 70s : it's all out there for anyone willing to look.

Yes, hymns/songs that quote the Lord himself are to be disparaged.

Matthew 26:26 "While they were eating, Jesus took bread, and when he had given thanks, he broke it and gave it to his disciples, saying, "Take and eat; this is my body."

Except that Joncas' miserable little ditty doesn't exactly follow the scriptural reference. Joncas' song states: "Take and Eat the Goodness of the Lord" NOT "Take and Eat, this is my body."

ByzRC: "I won't disparage those who like this stuff"

I would. Adult Catholics should not like infantile stuff.

The difference now is that nobody of consequence is listening to these over-the-hill liturgists--at least not in the English-speaking world (of which our Holy Father seems clueless). The translation wars are over and done with, and won't be reopened anytime soon. I visit PrayTell once every 6 months or do, and every time it's the same pitiful handful of sad sacks spouting the same irrelevant tired stuff as before.

Santita doesn't know because his politburo doesn't want him to know. PraySniff is like the National Anti-Catholic Reporter, always fighting the wars of the 1960s