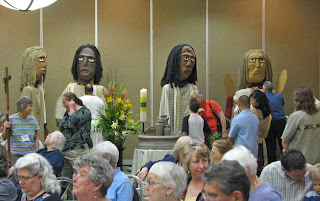 Press the link at the end of my comments for Andrew Greeley's sociological analysis! I'VE UPDATE THIS WITH AN ADDITIONAL LINK TO A FINE ARTICLE THAT HAS EVEN ANOTHER LINK TO ANOTHER FINE ARTICLE. GOOD READING IN ALL OF THESE LINKS; WHAT WOULD WE DO WITHOUT BLOGS AND LINKS? 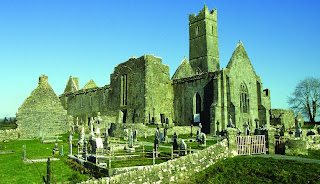 In my previous post, Philosophy Student questions the causality of the post Vatican II revolution in the Church and the subsequent decline in the Catholic Church measured by Mass attendance. There are numerous factors to account for this causality. My contention is that it was fomented by priests, nuns and brothers in parish and Catholic school settings of the 1960's and 1970's that challenged the laity, to ask questions, dissent from Church teaching (i.e. birth control and Humanae Vitae) protest the war and burn draft cards (Barrigan brothers)and offered the laity the most unusual forms of the revised Mass, on beach blankets, using coke and pretzels and other unusual ritual actions. In other words, they did little to help in a smooth and orderly transition to an authentic Post Vatican II Church, where the laity were inspired by priests, nuns and brothers to use their reason to understand some of the more challenging moral teachings of the Church regarding sexuality and birth control. Rebellion was the name of the game and the fruit of it has been handed on from one generation to the next.

On top of that there was a take over of the Catholic liturgy by radical liturgists who set forth a new iconoclasm, stripping ornate churches of altars, pulpits and art and substituting a Protestant decor. The tabernacle was dethroned and Eucharistic adoration ridiculed, popular devotions banned and devotion to Mary and the saints mocked. This was a clerical and sister/brother led phenomenon that led the laity into the malaise we now experience. Many of these priests, sisters and brothers then abandoned their vows/promises, left the Church, got married and joined the hippie movement. One cannot underestimate the destabilizing influence of this phenomenon on Catholics of the pre-Vatican II era who followed clergy, nuns and brothers scrupulously in religious matters and thought they were being led properly by the same after Vatican II>

For statistical evidence from the popular sociologist Father Andrew Greeley writing for America Magazine in 2004, press this sentence to find the LINK (FOR PHILOSOPHY STUDENT IN PARTICULAR).

Another point of view, with an additional link within the article, all supporting causality! PRESS THE SENTENCE!
Posted by Fr. Allan J. McDonald at Thursday, October 21, 2010

What happened to our erudite philosopher??

Philosophy Student: If you are a philosophy student and Catholic, I strongly recommend (if you have not discovered it already)that you get a copy of Fr. Frederick J. Copleston's, "A History of Philosophy." I don't think it is in print in hardback, although you can get it online, but it is still available in paperback. It is 8 volumes (originally...I think one or two were added later)and still far and away the best history out there. It carried me through college, grad school, and it is still on my "frequently read" shelf (Hey, I paid 45.00 in 1973 for all 8 vols. in hardback!) His first 3 volumes, covering from Greece and Rome through Medieval philosophy, are really fine. You may also like him because he is a Jesuit...lol.

Personally, I think "Philosophy Student" has done us a good service here: Father, in the present post you have done what was lacking in the first post. I had hoped you might expanded your explanations to include the general milieu of the late 60's and early 70's. Having lived it (slightly older than you) in high school and college in the Northeastern U.S., I can assure you that as went the social climate, so went the American Catholic Church! The clime was one of questioning/protesting legitimate (but sometimes corrupt) authority, wholesale disaffection of the young for the rules & institutions of their parents, and finally social upheaval on a scale never before witnessed in this country. (I believe the U.S. then spread this "dis-ease" to other Christian countries.) All institutions became suspect, and "organized religion" fell into that caldron as well. In fact, I well remember that devastating Time Magazine cover article "GOD IS DEAD".
The timing of Vatican II (1962-65) and Humanae Vitae (1968), positioned the Catholic Church to become a serious target for liberalism, both clerical and lay.
Since that time period, we have witnessed the dismantling you describe in our beloved Church and in society at large.
God, of course, is not dead and still reigns triumphant for us Easter people. We (and Philosophy Student, God-willing) will continue on our transforming path home to Him. It ain't over til it's over...
Blessings

Thanks Jenny for your very positive and hopeful comments. Ultimately, this is God's Church and maybe we needed some chastisements to test our faith and make it stronger in the long run!