EVEN PRIOR TO VATICAN II, THERE HAVE ALWAYS BEEN BARN LIKE CHURCHES BUILT BUT EVEN THOSE COULD HAVE NICE INTERIORS 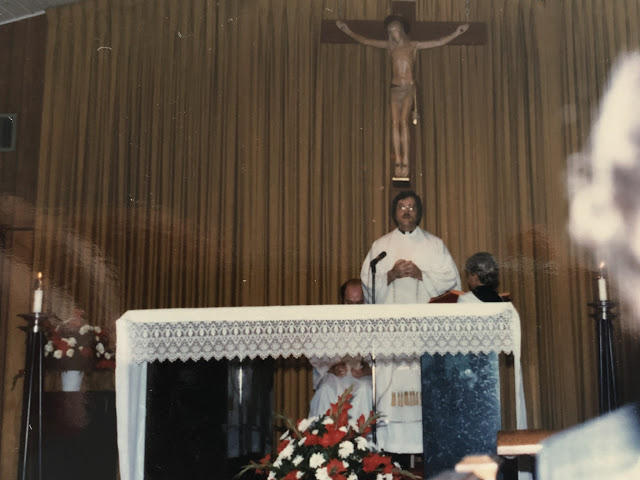 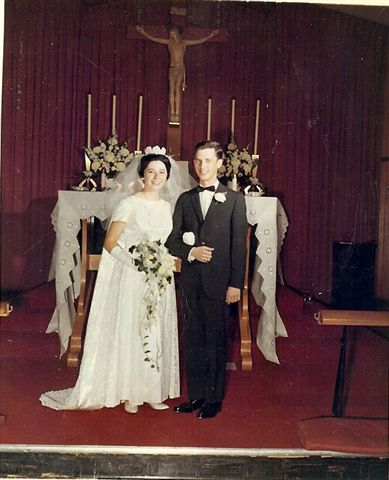 My small parish of St. Joseph Church in Augusta was a simple A frame building. No stained glass windows. It was economical to build and the epitome of affordable churches, both Catholic and Protestant and even for synagogues in its architectural design.

Yet, our 1950’s building had the pre-Vatican II sanctuary. It was dignified. The altar against the wall with six tall majestic candlesticks. The pastor who built the church made sure the bases of the candlesticks had an a-frame design. The tabernacle was central. The two side altars with Mary and Joseph were tasteful. There was s simple altar railing.

It had a low roof. The whole thing with nice lighting created a very warm and secure sensation or feeling. I loved that little church. I made my First Holy Communion and Confirmation there. My sister’s wedding was there. My father’s funeral was there. My first Mass was there. It is now the parish hall to a new church built next door to it.

But after Vatican II, the altar was stripped. The tabernacle put on Mary’s altar and Joseph’s altar removed. The altar railing was eventually removed too. It was not a work of art, but all the changes made the place look stripped down and unappealing, especially the altar without the six majestic candlesticks, now reduced to two rinky-dink candles sticks or stubs.

It wasn’t the simple architecture that made it ugly, it was the post-Vatican II disorientation of the sanctuary that did it.

And the same here with this church. Without changing anything but the sanctuary and making it more pre-Vatican II, even this ugly church could be appealing: 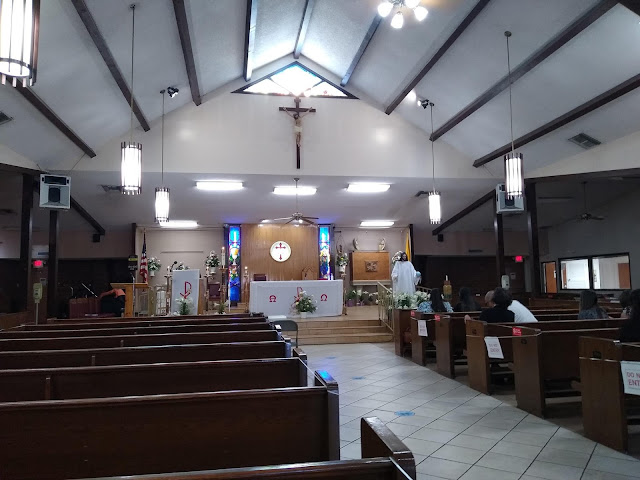 My simple country church was built in the 1950s, a very plain, austere structure. Our young pastor when he arrived a few years ago placed a frontal on the altar and implemented the Benedictine arrangement on the altar, and presto chango, it was a Catholic sanctuary again.

Looks as if Philip and Elizabeth got married there. Compare those shots.

If the goal of the spirit ov V2 was the decluttering of the sanctuary, this is a total fail, looks like a jungle up there

Sickening. Looks no different than the interior of the local Masonic lodge. Coincidence?