A SIGN OF CONTRADICTION, REQUIEM FOR A GREAT BISHOP

Rocco Palmo has a great Requiem for the late Bishop Morlino of Madison which you can read HERE.

If anything, Bishop Morlino's style, and what you see is what you get and don't get, proves that faithful Catholicism leads to a strong Catholic identity and a true springtime of renewal for the Church. The current mush from the Pope on down is a recipe for the same old tired 1960's idea of Church, reimagined into something unrecognizable and no one, except mushy progressives, want to partake.

Bishop Morlino knew what it would take to deal with an unfaithful generation in his diocese and he did it with skill and a glint in his eye!

Here are some excerpts from Rocco Palmo's great obituary I link above:

Still, the octane level of the quotes in print obscured the piece that made it work – the telling glint in the eye that his bark was far worse than his bite. In other words, even if Morlino's zingers made it sound like he'd chew your leg off (if not both), in reality, odds were he'd end up cooking you dinner instead... and sitting down to eat in an open shirt, still wearing his apron – then running back and forth to serve everything himself – those meals were something to behold.
The penchant for controversy hid something else, too. Given Madison's brutal winters, you'd think the day the locals call "Skin Friday" – the end of the first warm spring week – would see the college kids thronged in the streets and down on the lakes, not packed into a downtown adoration chapel at mid-afternoon... but there they were. 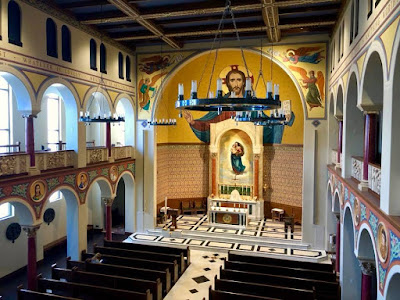 Indeed, well beyond recruiting a crop of seminarians that peaked at 35, some 40-plus already ordained – both stunning figures for a diocese of less than 300,000 – Morlino drove an uptick of youth ministry and engagement that would be a standout boast anywhere in the American church. And with the "living stones" already bolstered, last year brought the culmination of the effort: the dedication of a sprawling, almost majestic new Catholic Center on the University of Wisconsin campus (above), replacing a structure wrecked in the '70s whose baptismal font was literally a derelict above-ground swimming pool, its tabernacle a plexiglas black box.
There will be a time to talk the Madison succession, and this isn't it. For now, it nonetheless bears noting that the void in Morlino's wake adds yet another challenging personnel-choice on top of a docket already brimming with them... but considering the unique state of the diocese the big man leaves behind – one which, among other aspects, hasn't had a cathedral since St Raphael's burned to the ground in 2006 – who takes his place in the "People's Republic" might just be the most fascinating pick of all. 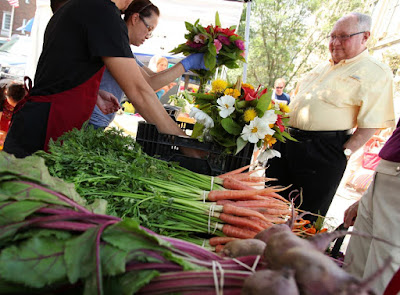 Once you get a person to walk with Jesus Christ, to adopt Jesus' manner of thought, then said person has been primed to receive the fullness of Catholic teaching.

"What I most admire about him — and it's really God's gift to him — is his presence to people. And that's a gift we need, because, as he's always said, he's interested in people at the peripheries.

"He's the one who can draw people in from the peripheries in an absolutely unique way. In order to have evangelization, which is what he's all about, you need to have catechesis to go along with it, because evangelization without information amounts to feelings, and that's not going to get us very far.

"This unbelievably uncanny knack he has for pulling people in is a great gift to the church.

"He doesn't really have his equal."

Bishop Morlino continued his praise of His Holiness Pope Francis:

"He makes it clear that he doesn't think of himself primarily as a teacher. I think it's that aspect that causes people to kind of nitpick what he says and almost look for trouble, which I don't like at all.

"But what he's trying to do, as Cardinal Burke said in L’Osservatore Romano, that article he wrote, (the pope) is trying to remove every obstacle from people meeting Jesus Christ.

"But if bringing that up immediately places an obstacle to someone meeting Jesus Christ, he wants them to meet Jesus Christ and then bring that up. Because when somebody has the mind of Christ, the whole world looks different, and someone who might think the teaching on same-sex unions is behind the times and pure folly might see it quite differently if they had met Jesus Christ risen from the dead.

"That's what Pope Francis is trying to do. He's trying to get them to focus on Christ without any other obstacles. Don't bring anything else up. Bring them Jesus Christ. It's a wonderful thing to see that.

"So he's more interested in bringing him to Christ than in watching every word. If you're going to bring someone to Christ, and you're going to take them where they're at, you can't watch every word, because then that connection won't happen. B

"But then, after they meet Jesus Christ, they see things differently, and then there's a time for clarification, and that clarification is there in the writings of Pope Paul VI, Pope John Paul and Pope Benedict."

My fear is that the "Church" will totally disregard Bishop Morlino's legacy and give him an insipid, vapid, banal, standard Novus Ordo "Celebration of His Life."