IT'S TIME TO STOP BLAMING THE VICTIMS AND CONNECT THE DOTS THAT HAS LED TO THE DECLINE OF SEXUAL MORALS SINCE THE 1960'S! APART FROM SATAN, HOLLYWOOD IS THE VICTIMIZER! 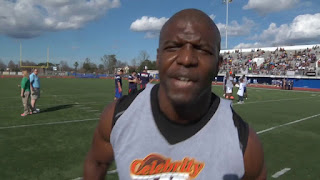 Hollywood was once strictly supervised and censored by religious authorities and the Catholic Church in this country was a big player in it but not exclusively. Sex was subtle, so much so, any movie up to the late 50's was child friendly. There was no need for age ratings. There was no nudity, and if violence was portrayed much of it was not shown but left to the imagination. And the movie could not end with the villains getting away with it.

This extended to the early years of television, so much so, that the I Love Lucy show could not use the word "pregnant" when Lucille Ball's actual pregnancy was a part of the story line!

That censorship was for the common good and upholding secular morals based up our Judeo Christian heritage. It all collapsed by the late 50's and early 60's. So much so, the NBC Today Show in the 1960's had Barbara Walters review the X rated movie, "I Am Curious, Yellow" which depicted actual intercourse on screen. She gushed that Hollywood was set free from repressive religious sexual morality on screen now!

The entertainment media also cooked the frog of our culture slowly in their crock pot of sexual politics that led a majority of Americans, to include Catholics, to an acceptance of unnatural "marriage." They did this in a short 10 year period prior to the Supreme Court's decision. Shows like "Will and Grace" manipulated Americans into what was once thought never to be possible in our country and around the world.

Hollywood has victimized our culture and all of us are now victims of their sexual amorality. Don't blame the victims, but blame the Hollywood victimizers!

Thus those who were physically victimized are helping to connect the Hollywood dots by going public with their stories of sexual abuse:

LOS ANGELES — Terry Crews said he’s never felt more “emasculated” and “objectified” than when a top Hollywood agent groped him at a party in 2016.

Crews told Good Morning America host Michael Strahan on Wednesday that he was inspired to share his sexual assault allegations after so many women came forward with accusations against Harvey Weinstein.

Crews named his alleged attacker, describing him as someone who represented Adam Sandler, Sylvester Stallone and Eddie Murphy and was “connected to probably everyone I know in the business.” The suspect’s employer, William Morris Endeavor, did not immediately respond to a request for comment.

Crews confirmed that he filed a police report against the man last week.

“People need to be held accountable,” the former pro-football player and star of TV’s Brooklyn Nine-Nine said. “This is the deal about Hollywood: It’s an abuse of power. This guy, again, he’s one of the most powerful men in Hollywood, and he looked at me at the end as if, you know, ‘Who’s going to believe you?’”

Crews said he’d put the incident out of his mind until last month’s news about Weinstein triggered an episode of post-traumatic stress.

“When a person of power breaks that boundary and violates that boundary, you’re a prisoner of war,” Crews said. “Immediately you’re in a camp, because you’re trying to figure out when is the right time to come out ... And you get out and you find freedom, and someone says, ‘Well, it must not be that bad. You should have come out sooner.’

“This is the thing a lot of people just don’t understand, and they end up blaming the victim.”

"Apart from Satan, Hollywood is the victimizer." But sex sells, and Hollywood more than anyone has known it and used it to advantage. Hollywood is the servant of Satan, and that is why censorship was finally needed.....nothing has changed about Hollywood for 100 years.

Satan can use Hollywood and yes the Church's bishops, priests and laity to foment dissent against the truth of sexual morality and how easily abuse of adults and minors can creep into the lives of everyone who gives into Satan's agenda, like Hollywood and priests and bishops who thought that sexual abuse of minors was normal and victims didn't need concern only the abusers.

So any group or organization that facilitates molestation is in league with Satan?

Marcus, do you believe in Satan as our pope does? Satan is real and influences many of us and maybe even you.

Father, I believe in Satan but I also believe he's an easy crutch & scapegoat for diffusing blame. We're all responsible for our own actions.

Hollywood antics are superficial symptoms of the underlying disease, which is unbridled capitalism. As in almost everything else: “Follow the money”. There is a reason it has been called “the root of all evil.”

Anon 2, There is greed in socialism and communism, too. The only difference is who gets the money. Did you never read, "Animal Farm?"

Yes, I read Animal Farm. That book, together with 1984, Brave New World, Fahrenheit 451 and various other dystopic visions have been formative influences upon me. Everyone should read them. Perhaps if they did we would not now be talking about a post-truth world. You may recall, for example, that in challenging various “fake news” stories or “alternative facts” that I sometimes added at the end “How many fingers am I holding up, Winston?” As the current commercial has it “An apple is an apple even if everyone else says it is a banana and whether you look at it from the left or the right.”

But again, mentioning communism or socialism is a distraction. They are not our system, whatever the extreme right says (remember, I grew up under real socialism in the Britain of Harold Wislon, the well-known spelling mistake in the Grauniad—this is an inside joke for John Nolan). So, pace McCarthy and his ilk, Hollywood is not under the spell of communism or socialism; it is under the spell of unbridled capitalism.

Aon 2, Well, I do not really disagree. I read all those books too, in fact, Animal Farm and 1984 were required in my HS reading list back in the '60's. I also agree that "unbridled" Capitalism is as abusive as any other form of government, depending on how we define unbridled. I do believe there is a large faction in this country who prefer a welfare state, whether socialist or communist in implementation. While believing strongly that any government has an obligation to provide for its truly poor and disabled, I am still basically "trickle down" on the economy, believing that a rising tide lifts all boats. Our heritage has always encouraged and rewarded individual initiative, creativity, fair competition, and success through hard work and risk taking. I think that is a positive as long as the opportunity for employing these traits is open to everyone. This has always been the struggle and the huge point of contention in America.