ALLELUIA! THE OLD TRICKS OF RELGIOUS AND SECULAR PROGRESSIVES, THAT OF SHAMING IN PARTICULAR, NO LONGER WORK! AUSTEN IVEREIGH AT CRUX ISSUES A HEARTFELT APOLOGY TO TRADITIONALIST CONVERTS! 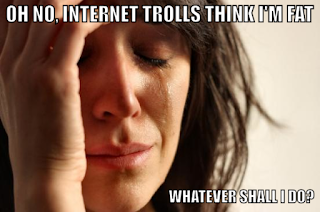 From the immediate post-Vatican II period until well into Pope St. John Paul's papacy, the way that heterodox progressives in the Church tried to get their way was by persecuting those who were orthodox as being neurotic, crazy, rigid, misogynistic because they did not favor women's ordination and wanted altar servers to be boys/men as a recruitment tool for future men to enter the seminary. (Of course there were those in the liberal 1970's of a progressive pathology and some traditionalists with pathology who needed to be rooted out, because of an actual mental issues. I am not referring to this--keep in mind bishops expected the seminary to be therapeutic and cure the pathological!)

When it came to the liturgy, traditional pious practices and spirituality, if one was called "Pre-Vatican II" it was like being called the "N" word--something that wasn't very pleasant to be labeled and was used to marginalize a traditionalist Catholic and to root any of these types out of the seminary, monastery or convent. I saw that first hand at St. Mary' Seminary in Baltimore in my time there from 1976 to '80. And as vocation director, I saw it in other diocesan vocation directors especially when they had liberal sisters on their staff.

Of course, it happened on the parish level. Those lay Catholics in the 1960's who did not like the changes in the Mass, the throwing out of popular piety, the marginalization of conservative organizations in the parish, were labeled as being pre-Vatican II and so not with it! At that time, not being with it was very concerning for many people!

In the secular realm, especially as "pelvic issues and immorality" has escalated, traditional Catholics and orthodox Protestants are marginalized in the political life of this country by being labeled homophobes, racists, deplorable (think of Hilary's comment about a significant group of Americans in the last election) and the like. No one wants these labels to be attached to them in our current political ugliness especially when your reputation can be ruined by others on Facebook and other silly gossip new media  platforms. Slash and burn is the progressive's playbook in the Church and the world!

Thus it is nice to see that that this old style shaming from the 1970's  isn't working as well as it did in the 1970's (with Pope Francis returning us to that deplorable era of the Church in much of His Holiness' rhetoric).  This morning, August 12, 2017 (yes it is 2017 not 1977) we see a progressive Catholic journalist apologizing for his gross and inaccurate, heterodox evaluation of recent converts who happen to be traditionalists too, having converted to Catholicism to get away from Liberal Protestantism which is on the brink of complete collapse, whereas Evangelical Protestantism is thriving. And yes, didn't a Vatican publication just decry traditional Catholics for their authentic ecumenism in working with Evangelical Protestants who are on the same page with us on so many moral issues concerning sexuality and life? Outrageous, no?

The same is true of Catholic religious orders, liberal ones are almost gone, traditional ones are prospering.And the progressives continue to hammer away at their so-called style of renewal with the same negative results over and over again--a description of what a true pathology really is!

An apology for needless offense — and how to disagree better

It is my understanding that the Sacraments of Initiation make one a full member of Christ's one and only Church, and that the only ordinary way for anyone to become a member of His Church is through these post-natal sacraments. Therefore, it seems that no one is a "native" Catholic, but that we are all reborn into the Catholic Church after natural birth. Jews, in contrast, are born into the tribe of Judah, while Gentile Christians are all adopted into God's family.

Well, everyone knows that converts make the "best" Catholics.........

Eccles, in his blog, clarifies the appology quite well.
Майк

Still comes across as excessivly self absorbed and a little insincere and condescending. That alone should relieve the sensibilities of the offended.