THE ELEPHANT IN THE ROOM: WHO GRANTED THE PERMIT TO GATHER TO WHITE RACISTS AND NEO NAZIS? 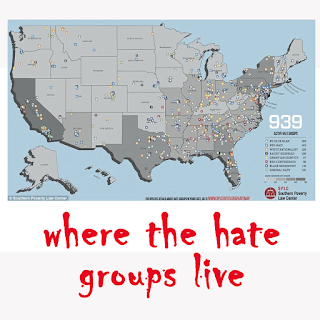 Yesterday afternoon, I watched some of the disgraceful acts by white racists and neo Nazis live on CNN and Fox. Of course the 24 hour news networks turn these things into a "reality show" as we sit back on our recliners and watch what is transforming right before our very eyes as we snack or eat lunch.

No one criticizes these networks' coverage by turning such events into a show for those in living rooms and armchairs and all  for ratings and not just information!

And then CNN launches in the middle of the mayhem its caustic political opposition to President Trump as the focus of conversation turns to him and what he said or didn't say with commentators galore, those damn no-nothing talking heads, espousing their own political enmity, all this while two groups are in the midst of what predictably turned deadly! Why? Because someone in the community or judicial system gave these hate groups a permit to gather!

Before things got to the point of death, I kept hearing that the neo Nazis and white racists had a permit to gather, a legal permit! Who granted this and why isn't there outrage over giving to hate groups a legal right to gather.

From a human point of view, did not those who came to protest these hate mongers have a sense of dread that death and destruction could occur when two groups diametrically opposed to each other and both groups carry weapons out in the open, that something horrible might and would occur?

I kept thinking to myself as I watched young people in the crowd using their cell phones to capture the chaos as though they were on a Hollywood or Georgia movie set that they were clueless as to the actual danger for harm or death that lurked before them! It was like a Zombie Apocalypse on the back lot of the Walking Dead's studio!

Where is the common sense to get away from something like this as though a Tornado is about to hit you?

But my question remains with all the adequate and inadequate statements coming out condemning these hate groups, why isn't anyone condemning those in the community or the judicial branch of government for granting a permit to gather to hate groups like the KKK and Neo Nazis?

Where is the outrage over this as these legal permits are at the foundation of what happened yesterday in terms of the violence that occurred. These legal permits gave legitimacy to these hate groups and provoked the counter activities which then led to murder and mayhem.
Posted by Fr. Allan J. McDonald at Sunday, August 13, 2017

"Who granted this and why isn't there outrage over giving to hate groups a legal right to gather. (sic)"

Well, we have this thing called the Constitution of the United States which, among other things, says, "Congress shall make no law respecting an establishment of religion, or prohibiting the free exercise thereof; or abridging the freedom of speech, or of the press; or the right of the people peaceably to assemble, and to petition the Government for a redress of grievances."

As to your question, "...did not those who came to protest these hate mongers have a sense of dread that death and destruction could occur..." we have this little thing called the Constitution. "In First Amendment law, a prior restraint is government action that prohibits speech or other expression before it can take place.  There are two common forms of prior restraints. The first is a statute or regulation that requires a speaker to acquire a permit or license before speaking, and the second is a judicial injunction that prohibits certain speech. Both types of prior restraint are strongly disfavored, and, with some exceptions, generally unconstitutional."

Very good points, but certain groups would take exception to the constitution in light of giving hate groups license to spew their hate and legally so. Thus should we applaud a future more enlightened generation for removing the constitution and burning its original? It isn't a divine document, you know.

"giving hate groups license to spew their hate" is not taking exception to the Constitution.

It IS the function of the Constitution to give ANYONE the right to free speech, as much as we might abhor what they are saying.

I was looking at some pictures taken at this rally yesterday. There was one of a police car covered in pink paint. It turns out that some of those protesting against the White Nationalist group were throwing balloons filled with paint at members of that group,in addition to other violence provoking acts.
There are groups whose beliefs we abhor, but under the Constitution they have the right to peacefully assemble. I blame the authorities for not keeping these opposing groups apart. What we have seen time and time again with the leftist protestors is violence and more violence. Nobody rioted when Barack Obama was elected President, but here were those on the left who did so when Mr Trump was elected. In fact, we have seen groups on the left, even when there is no other opposing group to confront them, smash windows, burn cars and commit other acts of violence.
Much as we disagree what this particular Nationalist group advocates,if the counter protestors were not around to foment violence, this would not be front page news.

I am astonished at your unthinking naivete. How long do you think it will be before Christian churches are considered hate groups who have no right to speak? Have you been asleep for the past 50 years.

Well, Fr. McD, I think you have hit on the million dollar question. Yes, what IS going on here?

Reports are coming to light that the police actually directed the Pro-Statue group (many who participated claimed it was not a neo-Nazi or white supremacist march, although I believe the organizer is indeed a white supremacist) through the middle of the counter marchers - twice. They describe it as if the police were trying to bring the two groups together to incite a conflict.

What is going on here? Why, if you didn't know better, you'd think someone was deliberately trying to provoke a race riot... :-)

I can't imagine 99% of Americans would have any sympathy for the white nationalists---a group obviously in need of some "churching" (maybe even an introduction to the 10 Commandments)---but the "mainstream media" did not exactly give us a portrayal of who the opponents were (at the demonstrations)---were they wholesome, God-fearing, church-attending, mainstream Americans, or were they a collection of far-left folks, like anarchists, Blacks Live Matter, maybe even Planned Parenthood and the National Organization for (liberal) Women? Here in Atlanta last night (a city that voted 81 percent for Clinton), demonstrators took to the streets (forget about getting a permit) and defaced a statue at Piedmont Park. Hardly any police presence there. On Saturday night here, a demonstration against the Charlottesville violence included signs with the "f" word, something like "Jewish Queers against white supremacy", and of course Black Live Matter. (There happened to be a "Progressive Convention" in town this year---which was anything but progressive when it comes to traditional Judeo-Christian values).

Don't forget sadomasochism. These groups are coached on on how to provoke violence to get beat up and lament before the videos. They are trained with what to say as 'witnesses' so that it is almost true and fits a planned narrative. They have lunch brought to them by groups funded to help keep the protestors from leaving too quickly. This is manufactured to keep us at each other's throats.