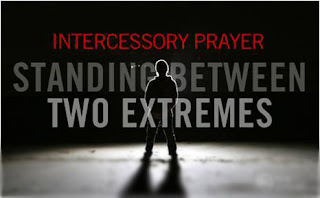 I had a recent conversation with a very well informed and well formed lay Catholic who was bitterly complaining about the General Intercessions (Universal or Bidding Prayers) in her parish, which  means, not specific prayers, but general and for the entire Church not just one locale.

Often, these prayers are mini ideological statements to the congregation and not prayers to God. Sometimes these prayers, since they are composed by the priest, deacon or God-forbid a committee, are sermons directed to the congregation. Sometimes these prays tell God a thing or two that He doesn't know or wouldn't accomplish save the prayer pointing out to Him His duty. Some prayers hearken to the good old days without discrimination, like slavery, no electricity and no technology.

Here are some bad hyperbolic samples that aren't far from reality:

For the Holy Church of God under Pope Francis, and all the bishops in union with His Holiness as well as the clergy, religious and laity, to include pastors, parochial vicars, pastoral assistants, pastoral council leaders and all the volunteers along with those not in full communion with the Church but only partially, to include their clergy and laity, staffs, paid and volunteer workers and the like, we pray that we will one day be one at the table of the Lord and in fellowship of love based upon the lowest common denominator and inclusiveness. We pray to the Lord.

For world peace, that President Trump would stop his tweeting, insults and slurs and democrat principles and platforms which are congruent with the Catholic Church's social teachings, especially under Pope Francis' papacy, will turn the world from exclusivity and closed boarders and borders to open boarders and borders, as well as love and forgiveness which knows no boundaries. We pray to the Lord.

For the sick and the suffering, those on the periphery, with aids and krone's sufferers and other such miladies but especially for the poor with no health insurance that they might be cared for by the government when we elect the right leaders and for relatives and friends that will not institutionalize the sick, elderly or chronically sick in mind, body or spirit in nursing homes or other horrible places but will have generous open not shut hearts to care for them at home risking even their own health and financial stability. We pray to the Lord.

I must say, that in the past, my own general intercessions have been wordy and preachy too. I won't give any examples as I am too embarrassed.

But in recent months I have repented of my verbosity and this is what our typical intercessions look and hear like:

For the Holy Church of God, we pray to the Lord.

For world leaders, we pray to the Lord.

For peace and justice for all from the moment of conception. We pray to the Lord.

For the sick and suffering and all in need. We pray to the Lord.

For the conversion of those who promote hate and violence. We pray to the Lord.

For vocations to the priesthood, diaconate and religous life. We pray to the Lord.

For the faithful departed and those who mourn. We pray to the Lord.

For our personal intentions offered in silence (pause) We pray to the Lord.

DISCUSS among yourselves!
Posted by Fr. Allan J. McDonald at Thursday, August 17, 2017

There is a game adolecents play with fortune cookie fortunes where you say the fortune found in your cookie followed with the phrase "on the toilet". You could have a parish picnic of Chinese takeout and save all the fortunes in a basket. At the point of the General Intercessions someone could reach blindly into the basket, pull one out, state "That , We pray to the Lord". For example "That you will come into a fortune that pays for college, we pray to the Lord". Return the fortune to the basket and shake it up before pulling another. If people begin to memorize the prayers and recite them with the deacon in a sort of monotone sing-song voice you can have another picnic.

This has gotten worse and worse in our parish. At one daily Mass, one of the "readers" asked for prayers for her sister who had just been in a car accident. And, last Sunday, the priest just winged it. One of the things he rambled on about was "praying for those who never grew up"...


the Southern Poverty Law Center website lists AFA (the American Family Association)as a "hate group." This was on the CNN website. It has since been removed,but a link to the SPLC remains.

AFA is urging CNN to stop using the Southern Poverty Law Center (SPLC) as a source when reporting real news. The SPLC's characterization and rhetoric was implicated in a 2012 shooting at the Family Research Council's headquarters in Washington, D.C..

The different prayers generally are awful. The different books available listing them are so light on any actual Catholic theology that they really have no place in the Mass. However, if you look in an editio typica of the current liturgy of the hours in Latin, you will find some that are quite well written. I have used these and had them on a varied schedule. If we fail to take liturgy seriously or let it meander into vagueness and drivel, the people will see Catholicism that way. People should be brought into an encounter with God, not mindless pop culture seeking warm fuzzy experiences.

You just nailed the typical Novus Ordo Mass - vagueness and drivel - although it doesn't have to be that way if you say the Black and do the Red!

Beating the dead horse makes some feel better but the stench of the corps should discourage the practice.

The wrong headed forcing of socio-political drivel as Prayer of the Faithful on the pew-sitting majority Sunday after Sunday has been exceedingly hurtful to the Church at large. The way we pray is the way we believe. We continue to cry as the Jews did in Babylonian captivity over the loss of Zion until the Almighty rescues us or we go to our just rewards.

I don't suppose the Southern Poverty Law Center supports abortion on demand and gay marriage? If they do, then I would not be surprised if they label socially conservative organizations (in line with Church teaching) as "hate groups." NOt good to hate sin, right?

The same intercessions also pop up in new-rite Vespers. The last time I sung them there was one about discrimination on the grounds of gender. However, since the service was entirely in Latin, this was translated as 'genus' rather than 'sexus', and the former (although it can mean gender in the grammatical sense) has a number of meanings. One of these is 'noble birth', and since it is odious that anyone should suffer discrimination on account of this, I could sing 'Te rogamus, audi nos' with a clear conscience.

The Oratorians stick to the older form of Vespers, as does the Schola Gregoriana of Cambridge, founded by the late Mary Berry. This does not have these tiresome accretions.