GLEN CAMPBELL AND THE JOY OF MY YOUTH--WAXING NOSTALGIA ABOUT 8 TRACK TAPES! 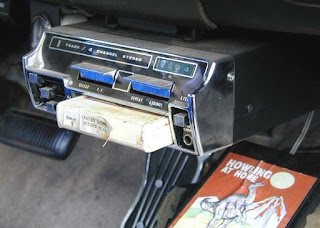 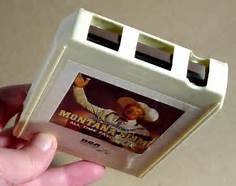 As I went to the emergency room at a mid town Savannah hospital to anoint one of my parishioners (hospital about 20 miles north), Gus Lloyd of XM Catholic Radio's "Seize the Day" had as his topic of conversation Alzheimer's Disease since it was disclosed yesterday that the great singer Glenn Campbell had died of the disease at 81 years old.

The call-ins from listeners sharing their story of caring for parents and others with this horrible disease was quite moving and emotional to hear.

Then Gus played a portion of Glenn Campbell's "Wichita Lineman" and I had a wave of nostalgia to come over me longing for the good old days of my prime youth as a young teenager.

I absolutely loved his songs and style of singing. However he  was the brunt of jokes from comedians from the late 1960's and early 70's because of his perfect looks, perfect clothes but especially his perfect hair, so perfect, it looked like a helmet! He made sure everything was perfect and in place and it was easy to make a caricature of him.

But back to my nostalgia. My father gave me his 1965 Chevy Chevelle when I turned 16 which had only the Chevelle name as it was a stripped down model of the Chevelle Malibu. The Malibu name was the perked up version of the stripped down Chevelle alone name with special options like more chrome, better vinyl seats, power steering, power brakes, automatic powerglide transmission, push button radio, heater, air conditioner and did I say more chrome and white wall tires and large hubcaps instead of small ones?

You haven't lived until you have driven a heavy car with no power steering, no power brakes and no automatic transmission in the south's 100 degree weather with no air conditioning. Oh the Glory!

I decided to soup up my Chevelle by adding an eight track player with beefed up speakers located behind the back seat in front of the back window where as a young child I like to lay down as my father drove us somewhere. Forget baby seats, seatbelts or doors locked or closed all the way!

And most of my 8 track tapes, which I kept in a hot locked car at all times, were Glenn Campbell's songs.

Oh the nostalgia and the memories.
Posted by Fr. Allan J. McDonald at Wednesday, August 09, 2017

An American entertainment style that is gone forever (except on Youtube)...replaced by raunchy trash.