THE ONES THAT POPE FRANCIS CASTIGATES AS THINKING THEY ARE PERFECT CATHOLICS, DO THEY REALLY? 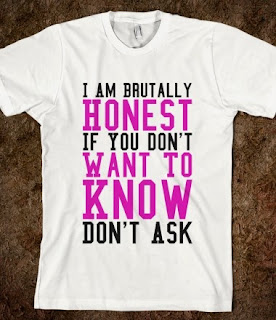 Pope Francis, while claiming "who am I to judge" is one of the most judgmental popes we have had in my memory. Sometimes his language in Italian is tongue in cheek, but to know this, you have to listen and watch him as he speaks. When you read his remarks, it is a different thing.

But he castigated, I think, traditional Catholics because they think they are perfect. But is that really the case with them? Is His Holiness misinformed or mean spirited? I didn't hear him say this in Italian or therefore watch his facial expressions and arm gestures, although in reading what His Holiness said, His Holiness may have used an unbecoming finger gesture toward these "perfect" Catholics. But who knows?

Kathy Pluth from the Chant Cafe has an interesting observation which in my own experience is quite true:

by Kathleen Pluth
Early this century I worked as the Saturday evening cantor at a little parish, with some fun extra duties besides, like giving days of recollection to liturgy volunteers.

An elderly priest, retired then and long since passed away, used routinely to take the Saturday evening Confessions. He would stop in my office where I was usually working on some flyer or another, and as he put unrolled his purple stole he would complain about how perfect all the parishioners are, since they never go to Confession. Always at Communion--never in the confessional.

This is not what one sees in parishes with the Extraordinary form, or even with a more solemn and careful celebration of the Ordinary form. In those parishes, people know they are sinners. You can tell they know because the lines for Confession are long every week, and in very devout parishes, every day.

In contrast, those attending more casual celebrations of the Mass might go for years on end without even hearing anything whatsoever about the sacrament of Confession, apart from the announcement twice a year that Advent and Lenten penance services will be held next Tuesday at 7:30.

I once worked at a parish that had 21 scheduled times every week for Confession, and people came. The priests would leave as soon as the line ended, so it was important for people to show up on time. There were 4 times each Friday. One popular time was before one of the Sunday Masses. And the lines were very long on Saturday evenings, and every priest was scheduled.

Once upon a time, when cars had bumpers, there was a bumper sticker that said, "Christians aren't perfect, just forgiven." Wouldn't it be wonderful to see a revitalized use of the sacrament of mercy throughout the Church!
Posted by Fr. Allan J. McDonald at Friday, August 11, 2017

Well said.I wonder how Mark Thomas will respond. Let me guess, our dear holy, humble pope is rihht and anyone who disagrees with him is a miserable sinner not worthy of redemption. Just a guess.Pax

Offer it, and they will come?

It seems to depend entirely on the pastor. A local suburban church offers confessions 2 hours weekly, which presumably suffices. Its previous pastor scheduled confession at that much plus after or before every weekend Mass. In addition, he went into the confessional after each First Friday morning Mass, and generally stayed there all day until perhaps 7 pm with only a brief bathroom break, with a line of waiting penitents all day.

It is unbelievable that one parish after another near me is devoid of visible confessionals.

The Holy Sacrament of Penance is...out of sight...therefore, out of mind.

2. Locate the real, actual confessional within the main church.

3. Parishioners will say..."Hey, look at that. A real, actual, confessional."

4. Parishioners will enter the real, actual confessional to confess their sins.