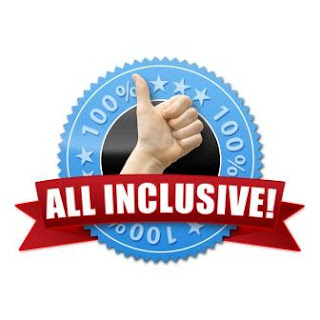 Politics has always been a rough sport and more so today than ever. President Trump should be called out by religious figures and others for his name calling during his candidacy which was an embarrassment to say the least but entertaining to many people which caused ratings to go sky high during the debates. Money speaks you know!

President Trump is his own worst enemy when it comes to these kinds of remarks and his off the teleprompter free-wheeling expressions.

On Saturday he condemned hate groups and what was happen in Charlottesville--but he was castigated for not naming the two worst groups there, the KKK and neo-Nazis.

He was very clear on Monday and castigated them by name. But to hear the political pundits it was too late.

Then the President linked both sides, the alt right and the alt left for being complicit in the violence at the rally. It is here that I think the politics of the 24 hour political party cable news networks are really malicious.

I watched a good part of the live reality show on Fox and CNN on Saturday as I ate lunch at my recliner. I saw violent acts on both sides (prior to the car episode) and both sides were not separated and confronted each other--who is the blame here?

Once again the elephant in the room:

I have already stated that personally I think it is wrong to give permits to march and spew to hate groups especially the KKK and Neo-Nazis--but others tell me they have a constitutional rather to assemble and free speech.

But in giving this permit to them, did they have a right to carry guns and other weapons out in the open?

And then those who came out in righteous anger against hate groups--they did not have a permit and yet they had signs and carried weapons and then confronted the group that the city had allowed through a permit to gather and spew--the KKK and neo-Nazis.

Who is wrong here. I would say that there is blame to go all around. Giving a legal platform for hate groups to gather with weapons and threatening devices is one problem. Not separating the righteously angry group who had no permit from the permitted group is another area to blame.

That both groups were allowed to engage each other in hostile acts is another area to blame and I suspect it is the cops.

The elephant in the room? The permit and the unpermitted?
Posted by Fr. Allan J. McDonald at Thursday, August 17, 2017

"I have already stated that personally I think it is wrong to give permits to march and spew to hate groups especially the KKK and Neo-Nazis--but others tell me they have a constitutional rather to assemble and free speech."

Why do others have to tell you this? Read the Constitution and the laws based upon it.

"...did they have a right to carry guns and other weapons out in the open?"

Why does this question arise? Haven't you been following - or aren't you at least aware of - the decades-long push by the NRA and its minions to remove every reasonable, defensible restriction on the manufacture, sale, purchase, and "carry" of weapons?

Who is wrong here?

Choose One: (A) The group that chants Nazi slogans, that advocates a racially segregated society, that teaches the inferiority of all races to the white race, and whose members say they are GLAD that Heather Heyer was killed by a Nazi sympathizer in Charlottesville.

(B) Those who opposed the neo-Nazi delusions

The only elephant here is the bizarre notion that there is any moral equity between Nazis and those who oppose them.

Good points and questions. Personally, I don't see any moral problem with good people using violence against White supremacists. Therefore, I do not think the police should separate justice fighters from the supremacists. Supremacists should live in fear of good people.

When a good person hits a neo-nazi over the head, who by the way has a legal right and permit to be where he is, that good person can be prosecuted under the same law that the neo-nazi would be prosecuted if the neo Nazi hit the person first. There is a moral equivalency under the law in terms of assault not withstanding the character of the person or the hate group, which evidently, he has a right to join.

In terms of your other highlighted issues, which cause you indigestion, you should take it up with the voters and when it comes to the president, the electoral college system. All these things are beyond your and my control.

DD, your statement is opposed to Catholic teaching and civil law. One can take up arms against another group only in the case of self-defense, just war, but war declared by proper authorities.

Are you also in favor of the old southern lynchings and the law of the wild west in terms of justice? Your statement seems to imply this--taking the law into one's own hands and serving justice independently of the judicial system.

Here is something to chew on:

Of course, the left-wing types who post here do not want even want to entertain the possibility that this may be true

Some say Catholics are bigots for opposing gay 'marriage' or women's body decisions. Can they hit the Catholic over the head and say they were justified. Is that where we are going? The Nazi's, however repugnant, should have a right to say whatever they want.
"Disagree with what you say but defend your right to say it."

I see everyone here has bought into the "liberal" idea of hate groups and hate speech, and hate whatever, which is their recent way of silencing the opposition. When someone truly believes that white people are superior to all others, does that constitute hatred? That person may even love them to the point of feeling sorry and wishing to help them. It is a dumb and un-Christian opinion, but it is not necessarily filled with hatred.

When Mrs Clinton called Trump followers "despicable", was that hatred against the Trump followers, an identifiable group? In fact which group cannot be construed as not being a hate group depending on what one understands by hate?

Violence is the result of hatred, and hatred can be provoked or intensified so much that violence occurs almost automatically.

The Southern Law Policy Center already considers certain very orthodox Catholic Groups like the St Benedict Center and Rosary Crusade as hate groups, and it is just a matter of time before it considers the Catholic Church a hate group for its stand on homosexual behavior.

So what do you folks understand by hatred?

No. Law does not, per se, deal with what is or is not moral. Laws are written/codified according to the desire of the law-giver. They may or may not be moral.

There is, for example, in the minds of many no "moral equivalency" between the LAW regarding abortion and the MORALITY of killing the unborn.

We also have to be careful about the term "hate speech". I mean, how can we define it objectively? It is easy to say that speeches from the Nazis and Klan are vile---and of course they are---but keep in mind that calling something "hate speech" could be used against others. Say some pro-life persons sit outside an abortion clinic saying "don't kill your baby"---should that be prohibited "hate speech?" What about if a supporter of "traditional marriage" (you know, the type that used to not be questioned, one man and one woman) makes a speech and is labeled hateful because he or she does not believe gays should be lawfully married? Occasionally you have fundamentalist ministers who may "preach" in public and they say the Church of Rome is the "Antichrist"---well is that punishable hate speech?

Perhaps the most effective ways to out such groups is social media---snapping pictures of those who march with the thugs. Then all of a sudden you think well, maybe this is not such a good idea to be marching with the brown shirts and the Klan. Similarly, if an employee of a Catholic diocese (whether lay or clergy) were spotted at the rally in support of something incompatible with church teaching---whether gay marriage or abortion on the left or the Klan and Nazis on the right---the bishop could ask the employee to recant and repent...or else start searching the want ads.

Just because a group is "very orthodox Catholic" doesn't mean it can't be a hate group.

How many Nazis were Catholics?

Anonymous at 12:35, surely you jest. Did you ever read or hear of Mit Brennender Sorge?

Hate speach is quite easy to define as is this case in many jurisdictions e.g. UK.

This is wiki's definition:
Hate speech is speech which attacks a person or group on the basis of attributes such as race, religion, ethnic origin, sexual orientation, disability, or gender. ... A website which uses hate speech may be called a hate site.

Thanks for the laugh. Your definition depends on what the "meaning of is, is." Attack is a subjective word. One person's attack is another person's pointing out the obvious error

"Hate speech" and "Hate Crimes" should not exist. The only time motive should ever come into play is during the sentencing.