IS THE POPE SHOWING HIS HAND FOR THE UPCOMING SYNOD ON THE FAMILY? 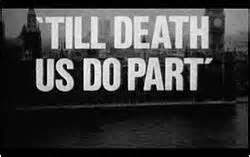 My comments first: I really don't believe that there will be any form of institutionalized allowance for Catholics in a second marital type union while their first and valid sacramental marriage still is presumed to exist.

So I believe the Synod on the Family will deal more with annulments and making sure these are fair and equitable.

I do anticipate some guidance for bishops and priests on what is called the "internal forum" which can only be used in confession and when there is truly a doubt that the first marriage was a sacramental marriage but there is no evidence to back it up save the testimony of one of the spouses.

In that situation a pastoral solution may be offered but the onus is on the penitent and if he or she returns to communion if no scandal is given, it is between them and God and they will be held accountable before God on judgement day if they were trying to pull the wool over anyone's eyes in the Church, espeically the priest who offered this internal forum solution.

But please note, the priest cannot bless this second marriage in any way.

But here are the Pope's words to the Roman Rota today which I think bodes well for the upcoming Synod on the Family and will not compromise Catholic dogma concerning the Sacrament of Marriage:


To the Tribunal of the Roman Rota: do not ensnare salvation in the constraints of legalism

Vatican City, 23 January 2015 (VIS) – Pope Francis today received in audience the dean, prelate auditors, officials and collaborators of the Tribunal of the Roman Rota, in order to inaugurate the legal year. In his address, the Holy Father focused on the human and cultural context in which matrimonial intent is formed. He emphasised that the crisis of values in society is not a recent phenomenon, and recalled that forty years ago Pope Paul VI had already denounced the ailments of modern man, “at times wounded by a systematic relativism, that bends to the easiest choices of circumstance, of demagogy, of fashion, of passion, of hedonism, of selfishness, so that externally he attempts to dispute the mastery of the law, and internally, almost without realising, substitutes the empire of moral conscience with the whim of psychological consciousness”.

The Pope highlighted the role of the judge, who is require to perform his judicial analysis where there is doubt regarding the validity of marriage, to ascertain whether there was an original shortcoming in consent, either directly in terms of a defect in the validity of intention or a grave deficit in the understanding of marriage itself to the extent of determining will. The crisis in marriage, indeed, not infrequently has at its root the crisis in knowledge enlightened by faith, or rather by adhesion to God and His plan of love realised in Jesus Christ”.

“Pastoral experience teaches us that today there is a great number of faithful in irregular situations, whose histories have been strongly influenced by the widespread worldly mentality”, he continued. “There exists, indeed, a sort of spiritual worldliness, which hides behind the appearance of piety and even love for the Church, and which leads to the pursuit not of the glory of God, but rather of personal well-being. One of the consequences of this attitude is a faith hemmed in by subjectivism, interested solely in a given experience or a series of arguments and areas of knowledge believed to console or enlighten, but in which the subject in reality remains imprisoned by the immanence of his or her own reason or emotions. … Therefore, the judge, in evaluating the validity of the consent given, must take into account the context of values and faith”.

Pope Francis urged greater commitment and passion in the ministry of the judge, whose role is “to protect the unity of the jurisprudence of the Church”, and “pastoral work for the good of many couples, and many children, who are often the victims of these situations.

Here too there is a need for pastoral conversion on the part of ecclesiastical structures to be able to offer the opus iustitiae to all those who turn to the Church to shed light on their matrimonial situation. This is your difficult mission: … do not ensnare salvation in the constrictions of legalism. The function of law is guided towards the salus animarum on the condition that, avoiding sophisms distant from the living flesh of people in difficulty, it may help to establish the truth of the moment of consent”.

The Pope stressed the importance of the presence at every ecclesiastical Tribunal of persons competent to offer sound advice on the possibility of initiating a suit for the annulment of marriage. “In the hope that in every Tribunal these figures may be present to encourage real access to the justice of the Church for all the faithful, I would like to underline that a significant number of cases dealt with before the Roman Rota are enabled by legal aid granted to those whose economic situation would not otherwise allow them to engage the services of lawyer”.
Posted by Fr. Allan J. McDonald at Friday, January 23, 2015

I think the Pope's words at the Synod tell us enough as to the direction we're going in.

1) He has said more than once that people who attempt to enter matrimony with the wrong idea of God and of marriage (i.e. not being open to life or permanence) are not properly disposed to give or receive the sacrament, so given the atrocious lack of catechesis and moral formation, the atrocious loss of a Catholic ethos and culture, we can't PRESUME that people are married until proven otherwise.

This of course stands current canonical thinking on its head, but then the canons presume that people who claim to be Catholics know what they're talking about.

If you posit that moderns are CINOs (Catholic in name only) and learn most of their 'catechism' from secular sources, it would follow that really, we're dealing in the main with tens of millions of people who had weddings and got legally married but never really received the sacramental graces.

THUS, IMHO, we will see a move to assert that these so-called '2nd marriages' may actually be 2nd common law marriages which could be regularized, not adultery.

Now, obviously this sad state of affairs could seem like a short cut or get out of jail free card, but it comes at a huge human cost in lives and blood and suffering.

The theologians who bruited the idea of NOT evangelizing people in the 1970s so as to leave them in their ignorance and thus 'invincibly ignorant' is on display here in a cynical way.

Not a few Cardinals have opined that perhaps 50% of couples are not truly married but only had a wedding and got civilly married based on the surveys of their moral disposition and degree of knowledge of Catholicism to begin with.

If this is so, then we're dealing with vast numbers of common law marriages and Pauline Privileges, not a far thornier discussion about genuine adultery.

"I think the Pope's words at the Synod tell us enough as to the direction we're going in.
1) He has said more than once that people who attempt to enter matrimony with the wrong idea of God and of marriage (i.e. not being open to life or permanence) are not properly disposed to give or receive the sacrament"

>If either one of the partners in a marriage was not open to life prior to the wedding, then that is grounds for annulment ( no pastoral flexibility in application of the annulment procedure would be necessary in that case)

"THUS, IMHO, we will see a move to assert that these so-called '2nd marriages' may actually be 2nd common law marriages which could be regularized, not adultery."

>Either the first marriage is valid is or it is not ( to be determined by Church tribunal). If it is determined to be invalid, then it can be annulled. If it is annulled, the second marriage can then be convalidated. The conjecture and speculation now has to do with possible changes in determining annulment. The status of the first marriage has to be resolved before the Church can deal with any other marital arrangement.

"If this is so, then we're dealing with vast numbers of common law marriages and Pauline Privileges, not a far thornier discussion about genuine adultery."

>The Pauline Privileges is one which allows the dissolution of a marriage between two non-baptized persons in the case that one (but not both) of the partners seeks baptism and converts to Christianity and the other partner subsequently leaves the marriage.

I don' t think we are dealing with "vast numbers" of those. In any case, if the Pauline Privilege is invoked and determined to be applicable, from what I understand an annulment of the first marriage would not be required.

I have a quandry regarding the use of the 'internal forum' which you referenced, Father.

The situation as I understand it, is that two people attempt to contract a marriage and then later receive a civil divorce. One (or both) of them has genuine grounds for believing the marriage to be invalid; however, evidence is not available to allow the Church formally to judge it so through marriage tribunals.

That person then enters into a second marriage considering himself to be free to marry based on the invalidity of the first attempt.

My question is this, the second attempted marriage can only be a civilly contracted marriage - you note that the Church can in no way bless the second attempt. Due to the requirment of form for Catholics entering marriage, regardless of the status of the first marriage, it seems to me that the second would still be an invalid marriage...and thus sexual relations within it would be illicit. Am I missing a critical part of the logic of the system?

He should be very careful about "showing" his hand. Somebody might call the cops