ANOTHER EFFORT BY SECULARISTS BACKED BY BIG BUCKS IN THE ENTERTAINMENT AND NEWS MEDIA, TO COLONIZE THE CATHOLIC CHURCH AND TAKE IT OVER! 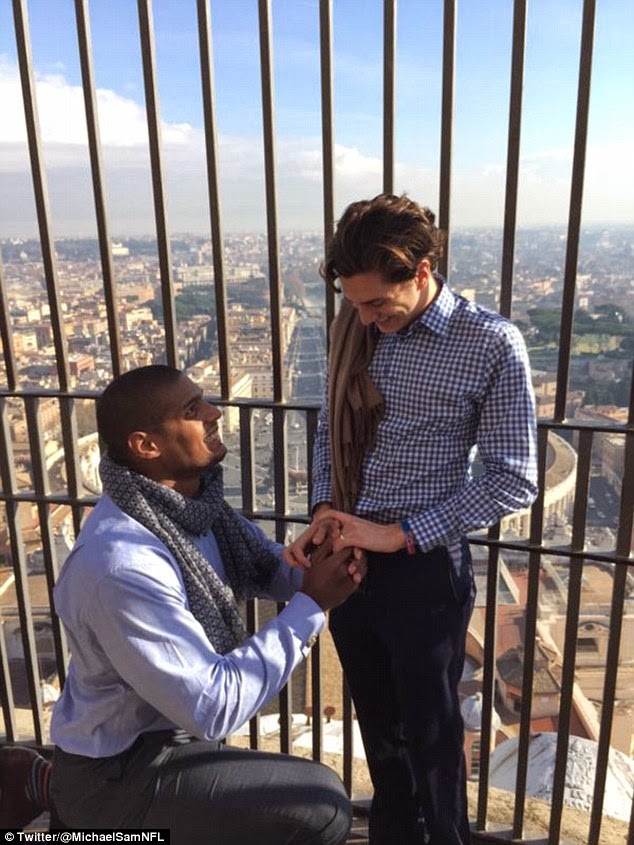 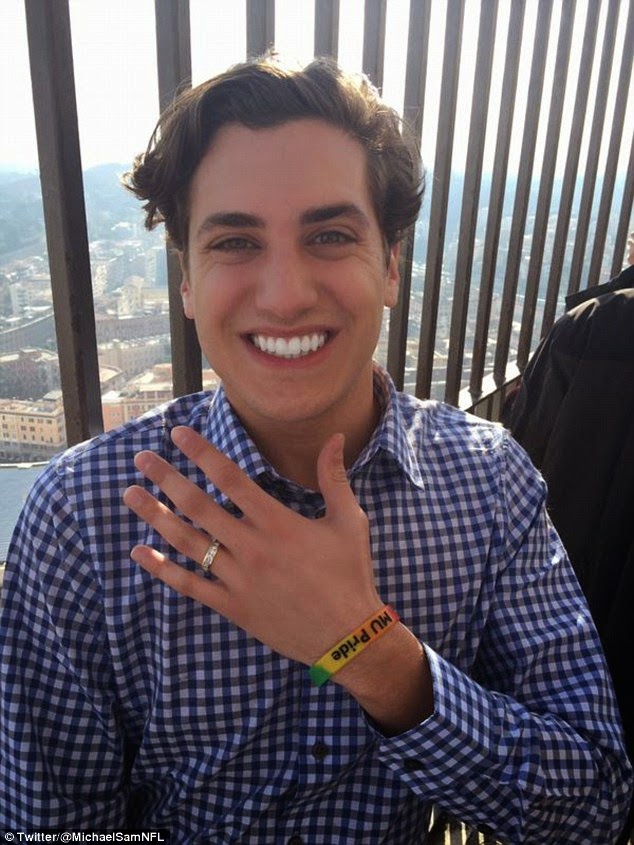 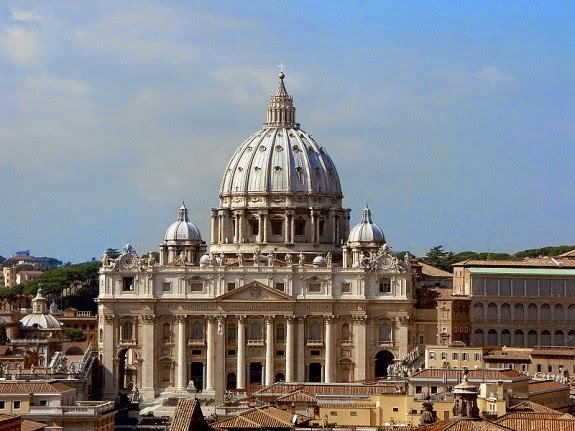 In yet another stroke of genius in using metaphor to explain Catholic teaching and encourage Catholics to abide by these teachings, Pope Francis hit the nail on the head and knocked the ball out of the park, if I can use a mixed metaphor, when he said secularists are trying to colonize the Church into obeying their so-called "religious truths" by forcing the Church to accept their dogmatic redefinition of marriage and family life.

And then bam! we have an example of it:

From the Deacon's Bench:


Michael Sam reveals he proposed to his boyfriend at St. Peter’s Basilica

From The Daily Mail:


He made headlines the world over by coming out earlier last year, and then even more by kissing his boyfriend on live TV.

Now Michael Sam, the first openly gay player to be drafted into the NFL, has taken another leap of confidence – and likely controversy – by proposing to his longtime love from what is renowned as one of the holiest Catholic sites.

Sam confirmed his engagement to college sweetheart Vito Cammisano on Twitter on Friday and posted a photo of himself getting on bended knee at St. Peters Basilica – one of the largest church’s in the world – in Vatican City.

The move is yet another step the 25-year-old has taken into uncharted territory and is sure to anger church officials and their strict opposition to gay marriage.
The announcement coincided with a visit to the Philippines by Pope Francis, who said in a speech today: ‘The family is threatened by growing efforts on the part of some to redefine the very institution of marriage.”

You can read more and see the pictures here.

There’s no way around it: Michael Sam just gave the man he loves a ring for his finger—and in the process, gave the finger to the Catholic Church.
Offensive? Yeah.

But it’s also sort of childish, isn’t it? Look at me! I’m doing something naughty! Right under the nose of the pope!

Seriously? Let’s face it: Over the last two millennia, we’ve dealt with far worse—some of it just a few hundred yards from the very spot where this stunt took place. After all: we’re the one holy Catholic and apostolic church. We’ve seen it all.

On balance, this isn’t all that different from the last big media stunt staged at St. Peter’s—the topless woman stealing Jesus from the Nativity scene.

But Michael Sam, at least, kept his clothes on.
Posted by Fr. Allan J. McDonald at Saturday, January 17, 2015

These sort of people think they're making some profound political point, but the Church is only concerned for the salvation of their souls. We want them to go to Heaven. That's why we tell them that sodomy is a grave offense against the God Who created human fruitfulness. If you commit sodomy, or adultery, or fornication, etc., and die unrepentant, you'll go to Hell with the devil.

Promoting sin on top of St. Peter's Basilica is a bad start for a meaningless "engagement" and (future?) attempt at a false "marriage".

More and more do we see the spirit of the antichrist polluting and corrupting humankind. We live in difficult and troublesome times but these things, as is the nature of the world, will pass away, but God's Word will never pass away.