WILL A LESS THAN HUMBLE POPULIST POPE LISTEN TO OTHERS ABOUT ENDING HIS OFF-THE-CUFF CHATTER (CHIACCHIERARE)? 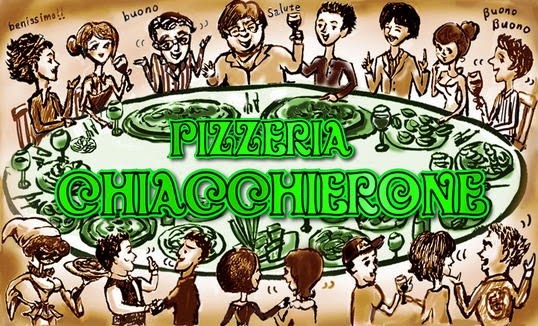 It is clear now that Pope Francis is the word that we Italians use for chatterbox, His Holiness is a chiacchierone. We've known this for some time, especially with his impromptu interviews and allowing those who interview him to publish interviews that haven't actually been recorded. I think an atheist journalist in Italy who runs an ultra liberal newspaper did such a thing and got things either right or wrong, thus sowing confusion amongst the actual Faithful of the Catholic Church.

What is interesting about this pope and his psychology is that he has often asked the rank and file Catholics of the world, not to mention those who work the closest with His Holiness in the Vatican not to be chiacchieroni. (In this context, chatterboxes/chiacchieroni would refer to gossips with or without malicious intent.) Implied in this is that His Holiness is actually accusing them of being chiacchieroni, which is a kind of slap down and a judgmental description. His comments about others may well be a projection of his own vice onto others?

Most authentically traditional (in the best sense of the term) and orthodox (in the best sense of the term) Catholics have wanted Pope Francis to succeed and we want him to be successful as pope. Being a populist and adored by the media does not necessarily reflect success. I happen to believe that in terms of teaching and personally upholding the dignity of the office of the Successor of St. Peter and Supreme Pontiff while still being every much the Bishop of Rome, Pope Benedict XVI was much more successful. He simply was too hands off when it came to the administration of the Vatican and overly trusting of those he asked to act for him in this regard.  He made some major mistakes in his selection of those he asked to act in his name.

Potential Republican presidential candidate Rick Santorum said he often finds it "very difficult" to listen to Pope Francis, particularly when he makes "off the cuff" and impromptu comments, such as he did when he commented to reporters on a Monday flight from the Philippines that the ban on contraception does not mean Catholics should breed like rabbits.

"Sometimes very difficult to listen to the Pope and some of the things he says off the cuff, and this is one of them," Santorum, a devout Catholic, said Tuesday during an appearance on "The Hugh Hewitt" radio program.

"When he speaks as the leader of the Catholic Church, I’ll certainly pay attention. But when he speaks in interviews, he’s giving his own opinions, which I certainly will listen to, but from my perspective, that doesn’t reflect the idea that people shouldn’t be fruitful and multiply, and that people should be open to life as something that is a core value of the faith and of the Catholic Church," said the former Pennsylvania senator.

When asked by Hewitt, who also is a practicing Catholic, whether Pope Francis' comments might lead to confusion and provide ammunition to the opponents of the Church's position on birth control, Santorum dismissed any chance the Church would alter its stance.

"No, well look, the bottom line is that’s not going to happen. I don’t think anyone who seriously looks at this believes that it’s not possible to happen. I mean, the Pope is the Pope, but the Pope has a lot of other people around him who advise him. And you know, the most important thing is that as a Catholic, I believe he has the Holy Spirit, and the Holy Spirit isn’t going to let him make that kind of mistake," he contended.

Today, Pope Francis, who was back in Rome, appeared to clarify his remarks, saying "it gives consolation and hope to see so many numerous families who receive children as a real gift of God. They know that every child is a benediction," according to CBS News.

Pope Francis has frequently ruffled the feathers of some Catholics with his conversational comments on matters of church doctrine, such as when the pontiff suggested on another plane ride that the Church should be more welcoming to gays, reports the Los Angeles Times.

At the time, Santorum argued that Francis' comments had been taken out of context.

"I’ve read the whole transcript, and what he said early on was that ‘I don’t know anybody who puts gay on their identification card.’ He said it in that context. I think all believers need to understand that we need to respect and love everybody and treat everybody with dignity and respect. There’s no room for harshness in respect to this issue — but that doesn’t mean the church doesn’t have the right to believe what is right and wrong," he asserted in an interview with Buzzfeed.

In a March 2014 appearance on NBC's "Meet the Press," Santorum told host Chuck Todd that he thought he is "a humble man" and that "he lives the faith out in his own personal life. ... He's here to be a shepherd; he isn't here to be a scold. I think that's a good thing for the Church and for the world, frankly," according to Huffington Post.

The Pontiff suffers from poor word choice which often even makes the quotes, when given their context, one can quickly see how *insert particular interception of HH words* was done. Even when he's misquoted, it's well within the realm of possibilities that he could have said *insert quote here* because of how freely he speaks. Sometimes less is more, and while I certainly don't think HH will learn that lesson, I think it would help if less of his words were broadcast for the entire public to scrutinize.

From reading this post, I decided to read about Rick Santorum a bit. I found out pretty quickly that much of the news about him is, in fact news about his wife. More specifically about her rather wild years...in her twenties. Reads like one of todays seamy TV series...or yesterday's "pulp fiction". She has apparently, hopefully, changed her ways.

Yes, one gets the distinct impression that he's becoming an Ink-blot.

Any and everyone can look at Pope Francis and declare him an ally in their ideological corner (or polyhedron).

So the gay activists look at his "who am I to judge" and run with this as chiseled in stone, an 11th commandment validating EVERYTHING.

Conservatives have to search the tea leaves for scraps of this or that orthodox sounding sentence or phrase or bit of a homily or off the cuff endorsement.

Everyone is confused and doing their own thing regardless - far from marshaling forces, he's in danger of leading no one as everyone continues to go their own way.

Anon 3:46...There's nothing Christians like more than a reformed sinner.

Has the Holy Father acting in his official capacity as bishop of Rome head of the Roman Church, as pastor and teacher of all Christians, and by virtue of his supreme Apostolic authority, definitively proclaimed dogmatically or doctrinally any teaching that is not orthodox? This infallibility is not something that is invoked whenever the Pope extemporaneously expounds on, or issues an opinion on something or other. Orthodoxy is not determined by someone who listens to what the Vicar of Christ has said at a particular moment or reads what he has written. If one is not sure or does not understand what the Holy Father said or wrote you don't just take it as being unorthodox or "orthodox sounding" (implying that it may or may not be orthodox) according to one's subjective interpretation. It is possible for someone holding the Petrine office to unthinkingly or inadvertently say something which contravenes magisterial teaching, but whatever was said does not from that moment on become official teaching of the Church.

"Sometimes very difficult to listen to the Pope and some of the things he says off the cuff, and this is one of them," Santorum, a devout Catholic, said Tuesday.

I agree with this statement but not for the reasons Rick Santorum implies. It is indeed difficult to listen because we have forgotten how to listen just as we have forgotten how to read. The key word is CONTEXT. You have to read and you have to listen in CONTEXT. Please go back and re-read the Pope’s remarks and do so by paying attention to all the surrounding language and paragraphs. Does the language “Some think that -- excuse the language -- that in order to be good Catholics, we have to be like rabbits” now come across the same way as it does when ripped out of context? Does it really seem that he is critical of large Catholic families per se? Not to me.

Unfortunately, to paraphrase T.S. Eliot, nowadays so many of us would have to say “I have measured out my life with sound bites.” That is the real problem. Pity Pope Francis; he probably still knows how to read, and listen. Doubtless he did not get the memo (expressed in sound bites of course).

P.S. So, isn't it ironic that Rick Santorum suggests that earlier comments by Pope Francis had been taken out of context?

Rick Santorum: One of the last people who should zing the Pope about saying strange things that make no sense.

All of us really should, if we refer to something the Holy Father has said (which for me hasn't been often), preface it with "is alleged to have said" or "was reported to have said" ( at least if we don't know what the context was).

We can also preface any attribution to the Holy Father with a qualification (if it is lacking full context and possibly an adequate and accurate translation) and include "was reported to have said" or "was quoted as saying".