YOU'VE GOT TO LOVE THE TRUTH AS IT LEAKS OUT: MEET THE NEW POPE--SAME AS THE OLD POPE! 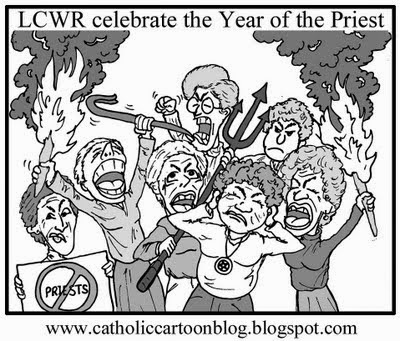 The above headline is appropriate from two sources, first the Catholic media on reporting what is happening with the "investigation" into the American sisters, which, by the way, the head of the Congregation for Religous indicates is a part of his work, whereas the investigation into the LCWR and their heterodoxy is the work of the Congregation of the  Faith and that the two are seperate issues.

There is also new news on the Franciscans of the Immaculate and that their woes with Pope Francis isn't about the Extraordinary Form of the Mass:

VATICAN CITY (CNS) -- Before the year dedicated to consecrated life begins in November, the Vatican congregation for religious hopes to release its final report on the 2009-2010 visitation of U.S. women's communities.

Archbishop Jose Rodriguez Carballo, secretary of the Congregation for Institutes of Consecrated Life and Societies of Apostolic Life, said, "We are working intensely on the final report, and after careful study and consideration, we think it will be made public soon. We're at a good point. I think we can conclude it before the beginning of the Year for Consecrated Life" in November.

The former prefect of the congregation, Cardinal Franc Rode, initiated the visitation in January 2009, saying its aim would be to study the community, prayer and apostolic life of the orders to learn why the number of religious women in the United States had declined so sharply since the 1960s.

Cardinal Aviz said the visitation of U.S. communities of women was completely separate from the Vatican-ordered reform of the U.S.-based Leadership Conference of Women Religious. The LCWR process, which is ongoing, he said, is not the responsibility of his office, but of the Vatican Congregation for the Doctrine of the Faith, which in 2012 ordered a reform of the group to ensure its fidelity to Catholic teaching in areas including abortion, euthanasia, women's ordination and homosexuality.

The Maryland-based LCWR is a Vatican-recognized organization that includes about 1,500 leaders of U.S. women's religious communities, representing about 80 percent of the country's 57,000 women religious.

The cardinal and archbishop also were asked about the appointment in August of a special commissioner to oversee the Franciscan Friars of the Immaculate and Pope Francis' order requiring all the friars "to celebrate the liturgy according to the ordinary rite," the post-Vatican II Mass. Use of the so-called extraordinary form or pre-Vatican II Latin Mass "must be explicitly authorized by the competent authorities for every religious or community that makes a request," the pope had said.

Archbishop Rodriguez Carballo said the appointment of the commissioner came after an apostolic visitation during which "74 percent of the members requested, in writing, an urgent intervention by the Holy See to resolve problems within the institute."

The appointment of the commissioner was not "a punishment on the part of the Holy See," he said, but a benevolent act expressing "the maternity of the church."

The widespread use of the extraordinary form of the Mass by the friars "absolutely was not the principal motive for our intervention," the archbishop said.

In the case of the Legionaries of Christ, who for more than three years have been undergoing a process of reflection and renewal, the archbishop noted that the process is overseen by a delegate appointed by and responding directly to the pope.

The process began in 2010, following revelations that the Legionaries' founder, Father Marcial Maciel Degollado, fathered children and sexually abused seminarians. Priests of the order have been holding an extraordinary general chapter in Rome since Jan. 8 to elect new leaders and approve new constitutions.

Questions have been raised over the past three years about whether the Legionaries could continue to be true to the order's founding charism or inspiration when the Vatican itself said their founder had been guilty of "seriously and objectively immoral behavior" and "real crimes," and had lived a "life devoid of scruples and of genuine religious meaning."

"Something that we are becoming more and more aware of," Cardinal Aviz said, "is that you must distinguish between the founder who brings a charism and the charism itself. This is a distinction we are learning to make because, honestly, it applies not only in the case of the Legionaries, but we have several similar cases, both ancient and new."

The cardinal did not list other problematic founders, but said: "Not all founders who bring the church a grace that is good and beautiful live according to the grace they communicate. This is something we must recognize. This is how it is."

Fortunately for the church, the cardinal said, "Sometimes the founder and the grace coincide."


And then, the secular press in the form of the New York Post reports the following about Pope Francis and his orthodoxy:


Meet the new pope — same as the old pope 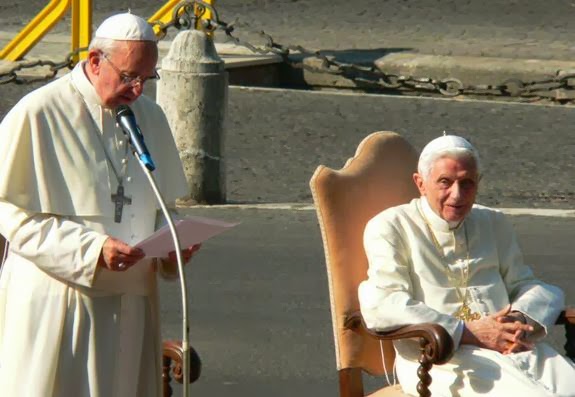 Sorry, liberals: Pope Francis is not the Barack Obama of the Vatican.

The media’s fantasy that the new pope is a revolutionary determined to steer the Church left reached a new level of fatuousness this week when Rolling Stone gave Francis the full Lady Gaga treatment, placing him on its cover with the headline, “The Times They Are a-Changin’.”

Rolling Stone joined Time (which crowned Francis its Person of the Year for 2013), The Advocate (ditto) and The New York Times in a group self-delusion that the pope is coming around to their views on economics, homosexuality and ordination of women.

The basis for all this is a misreading of a few out-of-context quotations, ignorance of longstanding church doctrine and (perhaps most of all) a frenzy to enlist the pope against the left’s favorite bogeymen, Sarah Palin and Rush Limbaugh.

In Rolling Stone, writer Mark Binelli swooned, noting that Palin called Pope Francis “kind of a liberal” (before backtracking) and Limbaugh denounced the pope’s views as “pure Marxism.” With enemies like those, the left thinks, Francis must be OK.

But MSNBC shouldn’t go booking the pope to co-host the Rachel Maddow Show just yet.

It’s hard for liberals (and maybe some conservatives) to wrap their heads around this, but Catholic doctrine doesn’t line up neatly with American views of left and right. The church is steadfastly pro-life on abortion (we associate that with conservatives) but equally pro-life on capital punishment (a view we call liberal). Nor has the Vatican altered its commitment to uplifting the poor or its related suspicion of capitalism.

Yes, Pope Francis critiqued “trickle-down theories which assume that economic growth, encouraged by a free market alone, will inevitably succeed in bringing about greater justice.”
But (pace Limbaugh), Francis also blasted Marxism, if not in the same speech: “The ideology of Marxism is wrong,” he said in December.

It’s not like Benedict XVI (whom Binelli compared to Freddy Krueger) was an apostle of Milton Friedman either: “Both capitalism and Marxism promised to point out the path for the creation of just structures,” he said in 2007. “And this ideological promise has proven false.
Capitalism, Benedict continued, left a “distance between rich and poor” and is “giving rise to a worrying degradation of personal dignity.”

Pope John Paul II showed perhaps the most enthusiasm for capitalism of any pope, yet even he said, “There are many human needs which find no place on the market. It is a strict duty of justice and truth not to allow fundamental human needs to remain unsatisfied.” He warned against a “radical capitalistic ideology” that lacks an “ethical and religious” core.

Did Francis (as the Times proclaimed last September) complain that the church was “obsessed” with gays, abortion and birth control? Not quite.

Here’s what he said: “The church’s pastoral ministry cannot be obsessed with the transmission of a disjointed multitude of doctrines to be imposed insistently.”

Nothing new here, either: The pope was just focusing on the big picture. Benedict said the same thing, albeit more directly, in 2006, noting that, for press interviews, “I always knew the questions in advance. They concerned the ordination of women, contraception, abortion. . . If we let ourselves be drawn into these discussions, the church is then identified with certain commandments or prohibitions; we give the impression that we are moralists with a few somewhat antiquated convictions, and not even a hint of the true greatness of the faith appears.”

Yes, Pope Francis said, “Who am I to judge a gay person of goodwill who seeks the Lord?” But this is consistent with the Catechism of the Catholic Church, which states that gays “must be accepted with respect, compassion and sensitivity. Every sign of unjust discrimination in their regard should be avoided.”

In 2010, while still just a cardinal, he called gay marriage “a destructive attack on God’s plan” and last year Francis was “shocked” by a gay-adoption bill, according to a bishop who discussed the matter with him. Ordination of women? Francis said in November that this was “not a question open for discussion.” Abortion? “Horrifying,” he said on Jan. 13.

There is a Bob Dylan song that encapsulates the media’s coverage of Pope Francis, but it isn’t “The Times They Are a-Changin’.” It’s “Idiot Wind.”
Posted by Fr. Allan J. McDonald at Saturday, February 01, 2014

"Archbishop Rodriguez Carballo said the appointment of the commissioner came after an apostolic visitation during which "74 percent of the members requested, in writing, an urgent intervention by the Holy See to resolve problems within the institute."

I assume that Ab. Carballo would not have said this, unless he had been told that it was correct. Is it really not possible to clean up the Curia and restore confidence in the truth of statements that come out of the Vatican? There were games played with the truth in things told Pope Benedict, and it looks like business as usual under Pope Francis.

I think of another Dylan line in regard to the Church, this Pope, and the future, "You don't need a weatherman to know which way the wind blows."