POPE FRANCIS ON SIN GOING BEYOND TO CORRUPTION AND SPIRITUAL WORLDLINESS 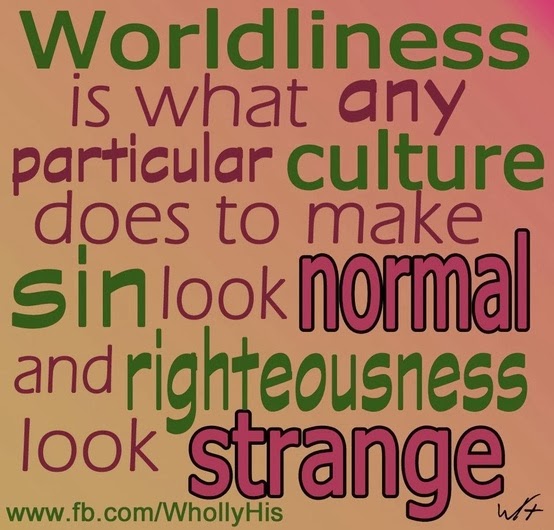 My Comments first: This is a very good article on Pope Francis and his preaching against being corrupt Catholics. It reminds me of the spirituality of "My Imitation of Christ" which was so mocked in the early post-Conciliar period. Worldliness was seen as a good and thus all the corruption we have seen in the clergy and laity was given encouragement by clergy and laity in the Church operating from the corrupt spirit of Vatican II rather than the letter of Vatican II.

I think this is the most important contribution Pope Francis is making to modern Catholicism today, calling us back to our roots and away from spiritual and material worldliness!

Fr. Antonio Ucciardo
Celebrant of the Traditional Mass in the
Archdiocese of Catania
from  Porta Santa Anna
One of the recurrent themes of the preaching of Pope Francis is that of corruption.  In our view, this should be read from the viewpoint of that spiritual worldliness that represents perhaps the key to understanding this papacy.
We know that the Holy Father is referring to that worldliness that was described by Henri de Lubac in his most significant works.  This Jesuit theologian, later made Cardinal by Pope John II, spoke of this worldliness as the greatest danger for the Church.  He wrote: “None of us is totally safe against this evil.  A subtle humanism, the adversary of the living God, and, in a deep way, no less an enemy of man, is able to insinuate itself in us by thousands of devious ways. That ‘original crookedness’ in us is never definitively straightened.  The ‘sin against the Holy Spirit’ is always possible.”

De Lubac spoke about a subtle humanism.  He spoke in this way in the 1950s. Today because this humanism has taken off its mask and has shown itself to have become solidly entrenched and has penetrated our culture so deeply as never before, we need to turn to the faith of the Church in its integrity.  These uncontrollable elements that respect no authority other than themselves have produced a paradoxical situation that is beneath our own eyes, and they are preparing to gain success in new places. Not content to have obtained the applause of the world, they would like that of the Church as well, which they see as something for which they should take credit as the logical consequence of the changing times.   Many indications of this are coming together with an adamantine clarity.
The Body of Christ is made up of members.  The Church is built through the work of all her members, not only some of them.  Temporal realities are entrusted to the faithful laity, not to priests.  The Church of the pure does not exist, save in Paradise. On earth we have a Church made up of poor sinners, who have only one pure thing that they can accept and retain:  grace.  The purity of the Faith, transmitted by our Mother, pure and without stain, is the only antidote to corruption, as much as for our personal lives as for the life of the Church in this hour.
The Pope has reminded us of this: “Sinners yes, all of us, that is what we are! But betrayers, no! Corrupt, no! Always within! And the Church is so much a mother that she wants us as we are, so many times dirty, but the Church cleanses us: she is Mother.”  (February 6, 2014)


If the distinction is between sin and corruption, the Pope is not speaking of material worldliness.  He is speaking of spiritual worldliness.  He is not speaking about moral fragility but about corruption in the heart and in the mind.  And since we must love God with all our heart and all our mind, he is speaking about our personal conversion and about the corruption of faith and morals in the presence of a worldly fiction that flatters us, applauds us, and welcomes us if we present those who invent this fiction with a redeemer that is in accord with their pretenses.  And to betray Christ is the ultimate corruption.
Posted by Fr. Allan J. McDonald at Sunday, February 16, 2014