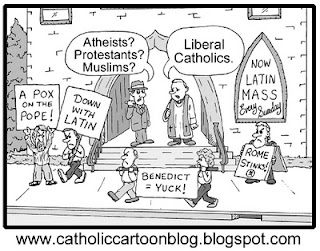 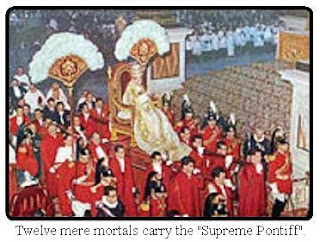 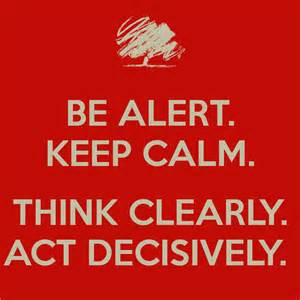 What was the Church like pastorally prior to the Council?

Well, if you were a women and had no job and your husband was beating you and abusing you in other ways, and this woman went and talked to her parish priest, more than likely he would say to her, this is your cross, try to forgive him and try to work it out. The priest might even talk to the husband and try to convince him not to beat her anymore. But divorce (meaning even a legal separation) was, in the minds of most priests (not all), off the table and if this woman did divorce her husband she would be considered a scandal and told (mistakenly) not to receive Holy Communion.

The Post Vatican II Church teaches priests to be more pastorally sensitive and understanding and to realize the real danger some women experience in their marriages and that yes, a Catholic can divorce (in order to protect herself/himself legally) but the Church doesn't recognize it and they are not free to marry again. However, as long as there is no mortal sin, they are still full participants in the Church including receiving Holy Communion. Annulments are more pastoral to assist people in these sort of corrupt marriages.

Another example would be issues surrounding suicide. In the pre-Vatican II era, if a family member committed suicide, that person was denied a funeral in the Church. You can only imagine how surviving spouses, siblings, parents and grandparents must have felt not to experience the ministry of the Church at such a tragic time in their lives. You can only imagine how this would have turned sour the otherwise good relationship Catholics had to their Church and priests that when a crisis of this kind happened in their family, they were given the cold shoulder by a priest who refused any Church funeral.

These are but two examples of what through the eyes of how we minister today would seem like anti-Catholic and anti-Christian behavior from the institutional Church. Vatican II sought to make the Church more Christ-like and more human, but modeled on the Humanity of Jesus Christ! Pope Francis is continuing this mission.

This also has implications for the Liturgy, in terms of "intelligibility" and "full, conscious and actual participation." The Council wished to enable as many lay Catholics as possible to understand the Mass and to participate as the choir and altar boys would have done for them and to make use of more Sacred Scripture during Mass, especially from the Old Testament which foretells the coming of the New Covenant in Christ that will last forever.

We can debate if that renewal went off track, which really there is no debate, it did go off track by progressive liturgists who hijacked the implementation of the new Mass and did so from a purely horizontal and "meal" point of view often ridiculing our long, very long tradition of "verticality" in the Mass and its divine nature and mystery.

It may well take another generation for us to recover what was lost in terms of our Catholic spirituality of the Mass and the reverence associated with it.  But mark my word, recover we will.

So today we try not to shun our homosexual relatives and friends, we do not ostracize our family members who separate themselves from the Church and we try to keep the door of the Church open to them to acknowledge their sin, repent of them, and come and experience Divine Mercy in the Sacrament of Penance. Oh, I know, I'm sounding like Pope Francis now. Well, thank God for that as well as Vatican II!

The danger in being "sensitive" pastorally, not only for clergy but for laity, is that we give the impression that it doesn't matter about your lifestyle choices and the sins you commit before God and man. It is here that we need to develop a new and better pastoral strategy, or we will continue to lose Catholics to pro-choice Catholic politicians, and to the pagan "gay movement" in the society that has infiltrated the Church. We need to be aware of the creeping syncretism of paganism within Catholicism as it regards radical feminism and the other issues that our secular government is trying to shove down our throats.

And even here, in terms of a new pastoral strategy, our Holy Father, Pope Francis, gives it to us! He says we should feel shame for our sins, shame before God and before man! The sinner shouldn't make their Catholic parents attend their gay marriage ceremony and rub it in their faces, they should feel shame. The pro-choice Catholic should feel shame for giving scandal to fellow Catholics and not living up to what Vatican II insisted is the proper role of the laity in the world, especially in politics and employment. The divorced and remarried Catholic who proudly goes to Holy Communion each Sunday in a marriage not recognized by the Church should feel shame for this and the bad example they give by doing so. Shame is healthy and leads people to acknowledge their sins and how these affect God and the Church and separate them from both! That should lead them to repent and experience Divine mercy in Confession!

Living here in Rome for the last three months has opened my eyes to the Martyrs of the Church who in no way would allow syncretism of Pagan practices to be forced upon them by the pagan Roman government, especially its corrupt pagan emperor! There are parallels here for us Catholics throughout the world, and now, most grievously in the good old USA!

Didn't we just read about the heroic Old Testament figures this past week from the First Book of Maccabees who did precisely the same thing, did not forsake their Judaism for the paganism being shoved down their throats by the pagan kings and his obedient servants?

If our USA government continues on its pagan journey through President Barack Obama and continues to try to do everything to neutralize the influence of the Church, especially the Catholic Church in terms of our support for life, for natural marriage, and for natural family planning by shutting us down (our institutions such as social services, hospitals and schools)through the HHS mandate and the fines we will have to pay for not following this pagan's ideologies, then so be it. Some of us might die as revolutionaries and thus be names martyrs of the Church one day! And the Church will continue, persecuted for her fidelity not to the state and its pagan rulers, but to the one true God!
Posted by Fr. Allan J. McDonald at Friday, November 22, 2013