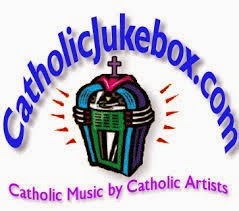 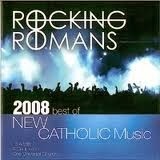 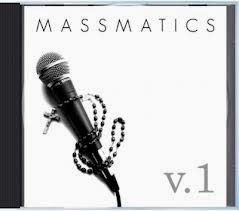 Do English speaking or any speaking Catholics still need new music composed for the Mass? NO! NO! NO! One courageous Catholic composer says it all. You can press what he says to see what he says entirely and then I'll have my own opinionated views below that!


I have decided to stop writing congregational music for the Catholic Church. Those who follow these things will be aware that liturgical music can be a war zone in Catholicism. We need not detain ourselves over the reasons and fault-lines in the ongoing debates and struggles, but it is clear to me that there is too much music being created, at the same time as the vast repository of tradition is ignored and wilfully forgotten.


The Americans seem to be ahead of the game and are producing new publications which enable the singing, in the vernacular, of those neglected Proper texts for Introits, Offertories and Communion...In taking the shape and sound of Catholic chant, they are creating an authentic traditional repertoire for the new liturgical directions in the Church. They are making simple, singable, functional music to suit the nature of ecclesial ritual for a Church which went through various convulsions after the Second Vatican Council.

PRESS HERE FOR THE ENTIRE ARTICLE

MY COMMENTS: I have been most fortunate with the professional choir directors I have had in my current parish, Ms. Nelda Chapman and in my previous parish, Dr. Janet Hunt (now the music director/organist at St. John Major Seminary in Boston) in that they know what is good and not good Catholic music and that congregations need a set of music that becomes their traditional standard.

It wasn't until about the year 2002 I think, at the Church of the Most Holy Trinity, that I realized that we had had our music theology all wrong (or at least I did from my pre-seminary days, through it and up until 2002. That is when we decided to have an Ordinary Form all Latin Mass once a month at our 5:00 PM Saturday Vigil Mass for Sunday. Dr. Hunt, a great lover of chant in all its forms, as well as polyphony, formed a very good men's schola for it.  There were absolutely no hymns for this Latin Mass. The priest and ministers processed into the Church with the chanting of the official Introit in Latin from the Roman Gradual and using a complex form of it. I didn't even know these existed for the Ordinary Form until I asked Dr. Hunt where she got them! The same was true of the Offertory and Communion chants in Latin.

The Mass was loved by many and we had many coming from other parishes to attend this once a month experience. Of course a handful of the regulars despised it and they went to another Mass when we had the Latin Mass. The Liturgy of the Word was in English as normal for the Ordinary Form, with lay lector and we had Holy Communion under both kinds with extraordinary ministers of Holy Communion. The Responsorial Psalm was chanted but in English also.

While for me a little Latin in the Mass goes a long way (I'm sorry, I loved the English translation of the 1965 missal which was basically the 1962 EF Mass, for the sad brief time we had it) what Dr. Hunt did for me was to open my eyes to the fact that the Mass is the music of the liturgy, not the add on congregational hymns we have so diligently shoved down the throats of Catholics since the 1970 missal was introduced using genres of compositions that are inimical to the Latin Rite Mass, especially folk, and contemporary music (whatever that means 50 years later) and religious words set to secular sounding tune, like Broadway hits.

Why in the name of God and all that is holy, didn't we focus on the Mass and form an English liturgy sung with modified Gregorian chant in English for all the parts of the Mass, rather than the rah! rah! cheerleader music that was so much in vogue that touched more our need for speed rather than the depths of our spiritual and physical being?

Then after I came to St. Joseph in Macon, the Latin Mass idea was put on the back burner until our wonderful emeritus pope, Pope Benedict XVI allowed us to once again, and without guilt or feeling like we were doing something wrong, to celebrate the 1962 Mass that is the foundation of our Faith and liturgy.

Then again, I had the renewed experience of the Mass being sung, not added music like icing on a cake. Our very fine men's schola chanted the Introit, led the Kyrie and Gloria and CREDO!, yes CREDO, Sanctus, Pater Noster, Agnus Dei as well as the Introit, and Offertory and Communion antiphons.

Why in the name of God and all that is holy haven't our popes and bishops promoted chanting the actual Mass and if in the vernacular using as a template the chant and polyphony modes of Latin but adjusted to the vernacular. Why have they allowed amateur musicians on the local and national level dictate to priests and bishops what should be sung?

Why isn't there a national hymnal for the USA in English? Why do the bishops allow Catholic Music publishing companies to become big profit making machines where the bottom line is profit? Why do they constantly throw out to us new music or music that long ago should have been retired from the modern Catholic Mass, such as Glory and Praise junk and the like?

Is it a failure of liturgical leadership from the primary liturgists of the Church?

Do we need new English music, especially congregational hymns, for the Mass? NO! NO! NO!

We need liturgical music and to invest heavily in the Church Music Association of America's brave and prophetic mission to restore chant to the Catholic Mass in whatever modern form it is celebrated, OF, EF or AU!

Every time I attend Mass ANYWHERE, I have to temper myself beforehand to accept that I must endure music that is somewhere between mediocre and offensive. The Glory and Praise book seems entrenched wherever one goes and some parishes even put on canned music if there are no musicians. Your parish is the lone exception. At the Novus Ordo Masses, the music is traditional and modest--not showy. What really blew me away, however, was hearing the Gregorian Chant at your TLM.

I look forward to the day when I don't have to brace myself for the music at Mass. So far, your parish is the only place I've seen it happen--outside of some bigger cities.

Hey Fr., I was wondering if you could answer something for me since you are in Rome and might have some insight on this. Over at CC Watershed, they have the 1965 Missal and on the link for *part 1* of the Missal, 3 pages down they have a picture stating the following:
"An announcment will be made with regard to the Ordinary Form of the Mass"..."This will come during 2014. visit ccwatershed.org/vatican to make sure you hear about it before anyone else."

So what are you thinking this is??

That's a fascinating tease and I have no idea. The think that I find very odd about the revised Anglican Use Mass is that it allows, by way of the appendix, the options of the Prayers at the Foot of the Altar, the EF's Offertory Prayers, the Roman Canon with the older rubrics (basically) and the use of the Last Gospel after the Dismissal. Since these belong to the Latin Rite's patrimony and only by way of this fact then to the Anglican patrimony, it seems unfair that the Anglicans Ordinariate gets to have this option (as well as a much better and more refined Roman Calendar with some EF sensibilitites in it). So maybe this is the Vatican's bombshell in 2014, but I'm not clairvoyant, but signs seem to point to that.

I do not see the 1965 missal returning. There has been way to much work put into the revised missal to dismiss it. But adding EF elements would be great and would be what the doctor ordered and of course the Ordinary Form can be celebrated in Latin too as it is.