MY GERMAPHOBIA FROM THE COMMON CHALICE WAS NOT MEDICATED OR EASED 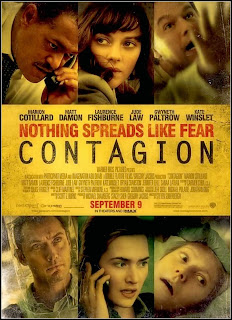 Someone said that in Europe and Italy in particular, the priests don't care about the congregation so giving them the common chalice isn't on the radar screen. I think too, that Italians, especially this half Italian, find it "schifo" to do so, that is, drinking after someone, but not just some one, but many some ones!

At any rate, someone, whose name will go unmentioned, stated that one gets more germs from intinction and giving Holy Communion on the tongue than from drinking from the common chalice and receiving on the hand. Of course no scientific evidence was given for such an incredulous claim!

However, where I took exception to the one, whose name will go unmentioned, who made his bold medical claims was that one got more saliva from a minister placing the host on the tongue or by intinction.

He stated that when a priest or minister intincts that one's fingers gets into the Precious Blood and that hand to mouth contact is the most contagious. From my own experience of properly intincting, the amount of wine that is needed is not that much and a little goes a very long way. We're speaking of symbol here, not a literally experience of an everyday meal. The amount of wine we used in our intinction sets came no higher than half way of the host and thus it is possible not to touch the Precious Blood with a contaminated finger or two. But let's get real, we're touching the host as it is! We are not spitting on it or in the chalice of the Precious Blood used to intinct. There are no large quantities or liters of backwash!

He also said that hands have the most germs. So when we distribute Holy Communion to one's tongue, we always get a bit of the communicant's saliva on our fingers. Really? I don't and if the person is kneeling, it is much easier not to touch any part of the person's mouth if they receive correctly on the tongue.

But for the sake of argument, let's say that our finger does touch the lips or tongue, and let's say that one's hands' have the most germs as it is. When I distribute Holy Communion by way of the Host to those receiving in the hand, I always touch their hands in some way unless I drop the host on the palm from a bit of a distance. Who does that? I am constantly touching communicant's hands when I distribute on the hand, no if's, and's, or's about it! I do not constantly get saliva from someone's tongue or mouth when I distribute on the tongue.

But my biggest germaphobia has to do with cleansing the chalice, what is euphemistically called purifying them, after Mass when one must drink what remains of the "dregs" which is a combination of Precious Blood and backwash and predominantly backwash. Yes, it is schiffo to me!

Here at our sabbatical program we concelebrate Mass everyday and we must drink from the common chalice, which I do as a sort of Martyr for the faith, the good half Italian that I am. And yes, I've had more respiratory problems since being here with sinusitis and colds and on-going. Not so in Macon!

When will common sense prevail over politically correct liturgical practices and when will we learn from my better half how to distribute Holy Communion as the Italians do?
Posted by Fr. Allan J. McDonald at Sunday, November 03, 2013

It seems a silly discussion. The laity receiving the cup is not even necessary.

It sounds like a lot of opportunity for education: 'caring' and sanitation theory. Fundamentally it seems your classmates were unaware of the process of purification, physical and spiritual, that goes into preparation for approaching the Tabernacle.

Common sense HAS prevailed and hypochondriacs such as yourself have lost the battle.

Get used to it, Chicken Little.

This is an example of a community turn in on itself, instead of being outward-focused. We should be more concerned about announcing the Kingdom and calling sinners to repentance than about such liturgical entitlement.

Gene is correct. The Church has always taught that both the Body AND Blood of Christ are present in the Host, making the need for receiving under both species unnecessary.


In one post you've called someone a name and gloated in one mere sentence.

Anonymous,
I believe Pater Ignotus has the deepest love and respect for his blogging friend. He shows it by commenting here frequently. Indeed, he may be Fr. M's biggest fan!

Fr McDonald, how is your trip going? I hope you are having a good time and seeing exciting places and meeting new people.

Nothing has changed here since you left.

RCG all is well here in la bella Roma! It has been a great sabbatical and only about 23 days left, so it has flown by. I return to reality in Macon on December 3rd ready to go for a few weeks.

JBAS, I have some ocean front property in Montanna I'd like to sell you.