THIS IS NOT ABOUT THE MAJORITY OF SISTERS WHO ARE FAITHFUL, HARDWORKING AND WONDERFUL RELIGIOUS, THIS IS ABOUT THE ELITE IN THE LEADERSHIP OF THE LCWR WHO HAVE RADICALIZED THIS ASSOCIATION--IT'S ABOUT A MINORITY OF WOMEN WHO HAVE MISSED THE MARK AND NEED TO BE CALLED BACK TO ORTHODOXY IN THE AREAS OF HUMAN SEXUALITY, ABORTION, ARTIFIICAL BIRTH CONTROL AND THE EXERCISE OF AUTHORITY IN THE CHURCH 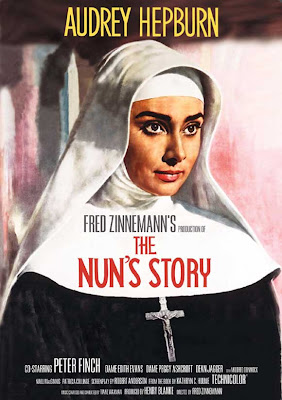 (You can watch the interview by pressing the link at the end of this article).I don't disagree with Scott Applebee except that I think he misrepresents what the Vatican is doing with the LCWR. In addressing some of the issues of concern with this umbrella organization and criticizing some of their stands, they are not denigrating every religious sister or nun that ever existed or exists today. In fact I think Scott builds a straw man to undercut the legitimate authority the Vatican has to assure doctrinal and moral integrity of various recognized organizations or associations in the Church.

My contention is that even in those more progressive orders where the majority of sisters are heading quickly toward retirement, that the grassroots sisters who taught in schools, worked in hospitals, staffed orphanages, outreach programs to the poor and worked in parishes as DREs and pastoral assistants, do not identify with the hierarchy of the LCWR. That which is being evaluated and critiqued comes from elitists, a clerical ban of intellectuals who think they know better than anyone else.

I contend that in Academia that there is more clericalism, triumphalism and snide thinking about knowing what is best for everyone else than there is in the most clerical of the priestly caste. It is academia that is reacting the most virulantly against the Vatican's investigation. Clericalism (and I'm not just talking about priests and sisters here) within academic circles is what needs to be crushed and purified. They are the problem.

I have also found a very profound and unhealthy "clericalism" within the ranks of many religious orders both progressive and tradition that tries to suppress any negative critique against them as though they are above self-evaluation or the evaluation of others. I find this clericalism more so in the so-called progressive, more radically feminist orders.

Those who are overreacting to the Vatican's investigation which was also ordered for men's religious orders as well as seminaries and in the past on various bishops I think are a bit disingenuous.

One could say that those who took on the renewal of the Church after Vatican II by denigrating all that was pre-Vatican II and still do today, are more egregiously hurtful of the millions of Catholics in the pre-Vatican II Church who worked heroically to spread the Church throughout the world and create institutions that have educated, healed and helped billions of people.

Let's get real Scott Applebee about where the true denigration has taken place!

WATCH THE INTERVIEW BY PRESSING HERE.

Just a liberal whiner whose argument utterly fails, as it is a massive straw man.

The very name of the stupid organization reveals their primary focus: "...Women Religious." Why not the more conventional sentence structure "religious women?"

I would like to point out to the readership that "women Religious" has been a convention of the Catholic lexicon in English for quite some time...

Not to be pedantic, but in "women religious", women modifies religious; in "religious women", religious is the modifier. Hence I support ytc's take.

I am ready to be educated on this, but it looks from here that the LCWR was father out of bounds than the SSPX on basic teachings and they have been allowed to stay. I say this means the Church hierarchy agrees with them more than SSPX.

RE: "Women Religious" Sounds pretty affected to me...

Religious is not a noun. It is the modifier in either construction, BTW.

Ahem, I correct myself...it is an old usage of religious to refer to a specific group as "xyz religious." So, I suggest the following amendation to their title: Womyn Religiose. That has a nice ring to it.

This topic seems to fit here for some reason: The USCCB (Christ have mercy!) and the United Methodists have made a joint statement on...ready for this..."The Eucharist and Ecology." I am not kidding. This is not a joke. My stomach is still hurting from rolling on the floor laughing my ... off, then wrteching violently. Can anyone think of a more irrelevant group than the USCCB or the Methodist church...well, maybe Congress.