THE GOLDEN CALF OF ECCLESIOLOGY AND PLACING ANYTHING OR ANYONE APART FROM THE RISEN LORD AT THE CENTER OF THE CATHOLIC CHURCH IS BEING CRUSHED! SSPX MAY BE ON THE WAY TO ENJOYING FULL COMMUNION WITH THE HOLY FATHER AND THE ONE, HOLY, CATHOLIC AND APOSTOLIC CHURCH 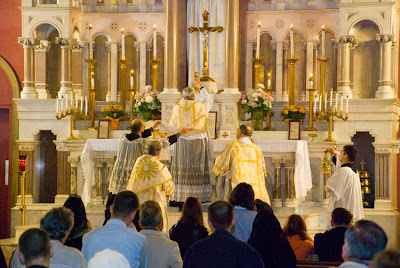 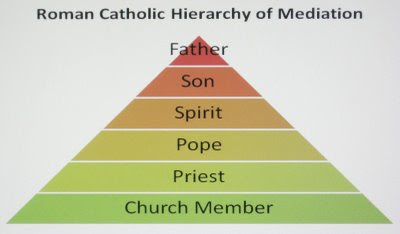 This is really going to drive eltists, academic, progressive Catholics who have made ecclesiology into a false god crazy. What this does is to place God at the center of the Church and obedience to Him rather than placing a council, a pope or a format for participating in the churchy things of the Catholic Church at the center of of the Church. THE GOLDEN CALF OF MODERNISTS IS BEING CRUSHED BY MOSES!

I COPY THIS FROM THE RORATE CAELI BLOG:

The Superior of the Society of Saint Pius X has signed the doctrinal preamble proposed by the Holy See, even if with some slight modifications

The response of the Society of Saint Pius X has arrived in the Vatican and it is positive: according to the informal information gathered by Vatican Insider, Bishop Bernard Fellay would have signed the doctrinal preamble that the Holy See had proposed last September as a condition to reach full communion and canonical regularization.

An official confirmation of the received response should take place in the next few hours. From what has been learned, the text of the preamble sent by Fellay proposed some non-substantial modifications regarding the version delivered by the Vatican authorities: as it may be recalled, the same Ecclesia Dei Commission had not willed to make the document (of [only] two, yet complex, pages) public, precisely because the possibility remained of introducing eventual small modifications which would not, nonetheless, distort its meaning.

The preamble contains, subtantially, the "professio fidei", the profession of faith [Rorate note 1] required of those who are put in charge of an ecclesiastical position. And it thus establishes a "religious submission of will and intellect" be given to the teachings that the Pope and the College of Bishops "enunciate when they exercise their authentic Magisterium", even if not proclaimed and defined in a dogmatic sense, as in the case of the greater part of the magisterial documents. The Holy See has mentioned repeatedly to her partners in the Society of Saint Pius X that signing the doctrinal preamble would not mean putting and end "to the legitimate discussion, study, and theological explanations of specific expressions or formulations present in the documents of the Second Vatican Council."

The text of the preamble, with the modifications proposed by Fellay, and signed by him as Superior of the Society of Saint Pius X, will be presented to Benedict XVI, who, on the day following his 85th birthday and on the eve of the seventh anniversary of his election, receives a positive response from the Lefebvrists. A response long expected and desired by him, who, in the next few weeks, will put an end to the wound opened in 1988 with the illegitimate episcopal ordinations celebrated by Archbishop Marcel Lefebvre.

It is not ruled out that Fellay's response be examined by the Cardinals of the Congregation for the Doctrine of the Faith, in the next "Feria Quarta" [Wednesday] meeting, which should take place in the first half of May. Meanwhile, some further weeks will be needed so that a canonical arrangement can be established: the most probable proposal is that of establishing a "personal prelature", a legal figure introduced in the Code of Canon Law in 1983 [Rorate note 2] and up to now used only by Opus Dei. The prelate depends directly of the Holy See. The Society of Saint Pius X will continue to celebrate Mass according to the ancient Missal, and to form its priests in its seminaries. [Source, in Italian]

_______________________
[Update: Apr. 18, 0800 GMT] The SSPX German District website posts the information relayed by the Swiss religious news agency KIPA/APIC, which merely reproduced the content of Tornielli's article translated by us above - and does not deny or alter in any way the information first reported by the Italian Vaticanist: "KIPA reports agreement" (in German).
_______________________
Rorate note 1: Profession of faith, motu proprio Ad tuendam fidem, and CDF Doctrinal Commentary (1998)
Rorate note 2: actually first mentioned in an official ecclesial text in the very relevant n. 10 of the Decree on the Ministry and Life of Priests of the Second Vatican Council, Presbyterorum Ordinis: "Present norms of incardination and excardination should be so revised that, while this ancient institution still remains intact, they will better correspond to today's pastoral needs. Where a real apostolic spirit requires it, not only should a better distribution of priests be brought about but there should also be favored such particular pastoral works as are necessary in any region or nation anywhere on earth. To accomplish this purpose there should be set up international seminaries, special personal dioceses or prelatures (vicariates), and so forth, by means of which, according to their particular statutes and always saving the right of bishops, priests may be trained and incardinated for the good of the whole Church."
Posted by Fr. Allan J. McDonald at Wednesday, April 18, 2012

In the nifty diagram, which of the Rites are in union with the Pope?

SL, all of them are. I suspect one day we'll have to have under the Roman Church added rites, such as the Anglican Rite and the SSPX Rite or Tridentine Rite and maybe even the neo-cathecumenal rite!

Neocatechumenal "Rite." Puke. Their "style of liturgy" is being investigated right now by the Congregation for the Doctrine of the Faith. The Pope personally ordered Cardinal Levada recently to have the Dicastery do this. (Their catechetical materials were approved but their style of liturgy is being rejected, essentially)

"The text of the response of His Excellency Bp. Bernard Fellay, Superior General of the Priestly Fraternity of Saint Pius X, requested during the meeting in the Congregation for the Doctrine of the Faith of March 16, 2012, was delivered on April 17, 2012. This text will be examined by the Dicastery and submitted afterwards to the judgment of the Holy Father."

Pope John Paul II used to refer to the schism with the Eastern Orthodox Churches with a physical metaphor, "The Church needs to breathe with both lungs." If that is the case, the resolution of the near-schism with the SSPX is vitally important, since the Orthodox Churches will never return to the umbrella of papal authority so long as they see the Catholic Church turning against itself within by denying its Traditions and even punishing those who hold fast to them. This should be a time of joyous anticipation for ALL Catholics, because this brings us a step closer to becoming something that we've somehow lost: A Church that speaks with one voice for ALL of its members. We have lived in de facto schism for decades now, with so many Catholics rejecting much of what their Church teaches, yet enjoying (perhaps with a false sense of security) the assurance of being in "full Communion" with Rome. Pope Benedict is doing all one man possibly can to restore unity to the Church and make all of the factions into one Church that thinks with one mind. I pray he succeeds in this vital step toward Christian unity.

I will be more interested to see whether this rapproachment will obligate the Pope to tighten the stays on apostate Bishops and Priests and issue strong correctives on unbelief within the walls of the Church. If it does not, then I do not expect SSPX to hang around for very long. I am, sadly, not confident...

Well, heck then...why not the Baptist Rite, the Methodist Rite, the Pass-Me-That-Viper Rite, and the Masonic Rite. Let the good times roll, Baby!!!!

Before Vatican II there were other Roman Rites that have now been restorerd by SP. We can add to the Roman Rite part of the chart: the Carmelite Rite, Carthusian Rite,Dominican Rite, and Braga Use. I bet there are some others I have forgotten

You have forgotten the ancient Ambrosian and Bragan Rites, both diocesan liturgical Rites. The former is of Milan and the latter of Braga, Spain.

WELL DONE SSPX! NOW YOU HAVE TIME TO REFLECT. VATICAN COUNCIL II SUPPORTS THE TRADITIONAL UNDERSTANDING OF ECUMENISM, INTER RELIGIOUS DIALOGUE AND RELIGIOUS LIBERTY
It's good that the SSPX has responded positively to the Doctoral Preamble and removed the threat of immediate excommunication. They now have time to reflect on there being only one interpretation of Vatican Council II possible since we do not know of any non Catholics saved in the present time in invincible ignorance,a good conscience, seeds of the Word etc.
So SSPX, keep rejecting the Jewish Left interpretation of Vatican Council II.
The liberals cannot support their interpretation with any quotation from Vatican Council II. LG 16 does not support them.
Whereas the SSPX can cite AG 7 as being in accord with the defined dogma extra ecclesiam nulla salus and there are no known exceptions.Once it is understood that Vatican Council II embraces the literal interpretation of the dogma extra ecclesiam nulla salus we realize that the SSPX traditional position on ecumenism and inter religious dialogue is in agreement with Vatican Council II.
So we have the religious freedom according to Vatican Council II (DH) to say other religions are false paths to salvation and they do not have a moral right to profess their faith even though defacto they can and we do not force them to stop.
-Lionel Andrades