THIS IS FROM THE GERMAN PUBLICATION “BILD” WHO BROKE THE NEWS OF THE LETTERS AND APPARENTLY HAS THE LEAKED LETTERS—DID POPE BENEDICT FEAR BEING POISONED?

veröffentlicht am
Five years ago, Pope Benedict XVI (91) resigned.
The abuse scandal sheds a new light on this surprising step. Now shocking letters written by the retired Pope have surfaced that will be highly interesting to church historians.
The letters – which are available to BILD – show that Benedict XVI is deeply concerned about the state of the Church.

The correspondence goes back to November 2017. The letters are addressed to a German cardinal. In an interview, the cardinal had made critical remarks about Benedict’s stepping down.

His main criticism was that the Church had allegedly entered a major crisis because of the Pope’s resignation. Moreover, a resignation by a Pope was unprecedented
in Church history and had done serious harm to the Church.
The retired Pope reacted with an angry letter. To the cardinal who had criticized him, he wrote: “I can very well understand the deep-seated pain that the end of my papacy has inflicted on you and many others. However, for some people and – it seems to me – also for you, the pain has turned into an anger that no longer merely concerns my resignation, but increasingly also my person and my papacy as a whole. 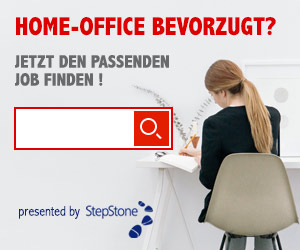 By this, a papacy itself is now being devalued and melted into the sorrow about the situation in which the Church currently finds itself.” He severely reprimanded the cardinal: “If you know a better way (referring to the resignation, ed.) and therefore think that you can judge the one chosen by me, please tell me."

There had indeed been papal resignations in the past, Benedict wrote. One example was Pope Pius XII (1876-1958) who, in 1944, aimed to avoid being “arrested by the Nazis” by stepping down. What is interesting is the comparison to a Pope threatened by the Nazis. Who did Benedict feel threatened by?
„Pray for me that I may not flee for fear of the wolves,“ Benedict XVI said at his inauguration. Who are the wolves?
Professor of Philosophy and Vatican expert, Armin Schwibach (53), told BILD:

„By ‘the wolves’, he probably meant the network of high-ranking Church dignitaries who have created a system of power, and abuse of power, in the Vatican, and whom he felt unable to cope with.”
Was Benedict even concerned about being poisoned by henchmen of this network? The „Spiegel“ reported in May 2015 that, in October 2012, the president of the Bavarian State Office of Criminal Investigations allegedly travelled to Rome to review gaps in the food preparation for the Pope. Even more interesting: When, given the bewildered state of the Church following the Pope’s resignation, the cardinal criticized by the Pope wrote back: “May the Lord help his Church”, Benedict replied once more – and with a remarkable sentence.
He wrote: „Let us rather pray, as you did at the end of your letter, that the Lord will come to the aid of his Church.” So did the former Pope think that the Church had entered a crisis under his successor, and that only praying would help in this crisis?


Benedict’s successor, Pope Francis, is currently facing accusations of having supported a powerful US cardinal despite knowing that Benedict had punished him for sexual offences.
The editor-in-chief of the Katholische Nachrichtenagentur (Catholic News Agency, KNA), Ludwig Ring Eifel (58), told BILD: „The letters allow for fascinating insights into Benedict XVI’s thinking – he is obviously very concerned about the state of the Church.“ Benedict’s private secretary, Arch Bishop Georg Gänswein (62), did not want to comment on the letters to BILD. He recently chose to compare the situation of the Church – shaken by abuse scandals and systematic cover-ups – to the terror attacks of September 11 in New York. The Church, he said, is currently experiencing “its own 9/11”.
Posted by Fr. Allan J. McDonald at Thursday, September 20, 2018

If Benedict XVI did feel compelled to resign under duress (and, this could be proven), what, big picture, does this mean regarding the current pontiff and his rights to the Office?

My husband laughed at me when I mentioned on several occasions that I thought Pope Benedict XVI looked like he was being poisoned. He said the pope's sudden decline in health was caused by the stress of the job. I said that Cardinal Ratzinger had a stressful job and a rigorous schedule for many years, and that the papacy would not be more physically demanding on him. My husband called me a conspiracy theorist, but I was just forming an opinion based on what I knew and saw.

My suspicions never went further than my husband, until now. But now that it is put out there by a different source, I feel free to express what I have suspected all along.

Carol, I always thought there was something going on as well. His decline was so obvious and relatively quick...

Carol:
I had noticed on videos a few months before his retirement how "sickly" and tired Benedict looked, and was wondering at that time how long he would last because of his deteriorating health. I think Benedict is being quite sincere when he points to his health as the reason for his resignation. Being on call 24/7 is not something any quiet scholar advanced in his years could tolerate for long.

I am not sure. I would not want to die, either. But wouldn't he be a martyr? And Pope Benedict is not a stupid man. Surely he could figure out how to leave evidence of his suspicions. I think he was being blackmailed.