HAVE SMART PHONES EXACERBATED OBSESSIVE COMPLUSIVE DISORDER? YES!!!!! WE MUST REBEL, WITH GOD'S GRACE OF COURSE OR ELSE WE BECOME NEO PALEGIANS! 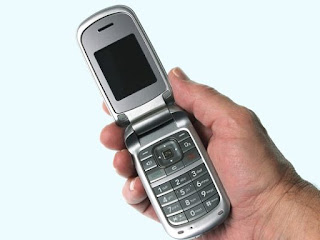 I feel the same! We need to flip our phones for God's sake!

NEW YORK — Exactly one year ago, Roman Cochet swapped his $500 iPhone 7 for a $30 LG flip phone. Overwhelmed by constant alerts, Cochet felt his time was disrupted, his creativity drained. His flip doesn’t do email, Instagram, Facebook, Uber or news alerts. The 30-year-old Parisian painter, who lives in Brooklyn, said he regrets nothing.

“With a smartphone, you spend so much time texting, talking, in constant communication, that you don’t have time to do anything else,” Cochet said. “I’m way more focused now on what I’m doing. I’m less distracted.”In an age where everyone seems glued to their smartphone, the flip phone is turning into a statement of protest and individuality. These relics of the 1990s, still in wide use as disposable “burners” by crooks and FBI informants, are prized by a wider population for their simplicity, durability and affordability, not to mention their low-tech appeal to the burgeoning #DeleteFacebook crowd.

Wait Until 8th, an organization that urges parents to delay their children’s smartphone use until eighth grade, has an ad that reads, “Need to get in touch with your child? Buy a flip phone.” The group has collected roughly 10,000 signatures from all 50 states in March.

Steve Van Dinter, Verizon’s public relations manager for the Great Lakes market, said there’s definitely a “subset” of customers who buy flip phones, primarily those who work outdoors and need a device that can withstand drops, corrosive materials, water and other extreme conditions. Verizon wouldn’t continue to stock them, he said, if there wasn’t “consistent demand.” The latest models have access to 4G LTE, HD voice and the ability to create a mobile hotspot for up to 10 devices.

Cochet said some of his artist friends dismiss his choice of phone as a hipster affectation, an artist’s asceticism. But his studio, scattered with paint cans and empty beer bottles, is now void of a smartphone’s distractions.
Cochet said he’s also become more connected to other people (he remembers the bodega cashier’s name) _ and more present in the moment. “I’m way more conscious of my surroundings than if I was on my screen,” he said. “I have friends who struggle looking at a subway map. I think people should throw their phone away. It would be good for them.”

Cochet admits there are sacrifices. The phone has a shoddy camera and no group texting or ride-sharing apps, but he copes just fine. No Uber? A car service is on speed dial. No Venmo? He always has cash. And Cochet is by no means entirely disconnected. He uses his laptop at night to check email, browse the web and watch Netflix. (He’s a big fan of “Black Mirror.”) He listens to podcasts on a $25 MP3 player. “I’m dismantling what the iPhone can do into different objects,” he said.

Jim Thatcher, 37, a professor of geospatial technologies at the University of Washington Tacoma, switched to a flip phone a year ago after his smartphone broke.

“I tried to go without a phone for about three weeks,” he said. “However, with two kids, there’s an expectation that I’m reachable if something goes wrong, so I ordered the cheapest Verizon flip phone I could find on eBay. I’ve had it since then.”

Thatcher is active on social media but he uses devices other than his phone to access his accounts. “I wanted to be more purposeful in how I engaged in my day-today life,” Thatcher said. “I found myself staring at my phone more than I was out hanging with my kids.”
Posted by Fr. Allan J. McDonald at Sunday, April 15, 2018

God is not a Luddite.

God does not walk into trees, other people, run off the road, ignore his children, and become catatonic staring into a screen, either.

As a matter of principal, I never do anything that Parisian painters living in Brooklyn do.

I have been without a PTD (Personal Tracking Device) that masks as a telephone, smart or otherwise, for about 6 years now. It's my counter-cultural Baby Boomer s rebellious self doing my part to thumb my nose at The Man.

About 18 months ago ATT forced me to upgrade -- yes, you read that right: upgrade -- to a flip phone, over my protest (my 11 year old one piece Nokia was doing just fine but only had something they called 2G and would no longer be supported). I am still in awe that I can speak to someone on a free standing hand held device. Come in, Napoleon Solo; Beam me up, Scotty.

Anonymous 2 must have grown up with ever having walkie-talkies!

Thank you for the correction. To be clearer I should have said: “I am still in awe that I can speak to almost anyone on a free standing hand held device.” Now, where is Illya Kuryakin?

Bee, after reading that I now envision you in a tie-die dress with windsor granny glases (dark, of course) madly typing Liturgical insurgency on to websites pausing only to relocate to another TLM parish when the responses get too heated. 😇

A2, I loved my Nokia until death, too. I got my red pill from the Company.

For the pedantic: I meant “”tie-dye”.