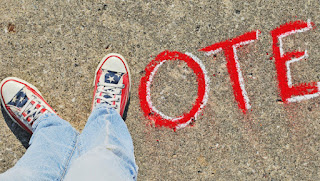 I think that Vatican II was successful in alienating both traditionalists and liberal/progressives and thus will be seen as one of the most polarizing councils of the Church which led to the loss of a huge number of traditionalists and consequently their children and children's children. Or these once strongly devout Catholics became lukewarm or disengaged from the Church they felt left them.

The same can be said of the liberal/progressives.

What Vatican II opened for the liberals was the false expectation, an expectation they took hook, line and sinker, that the Church could change this, that and the other to include dogma and morality. So when Pope Paul VI put the brakes on just what could change and what wouldn't, this led to the anti-Humanae Vitae crowd to vote with their feet and leave the Church and thus too their children and children's children or they became angry lukewarm, tepid Catholics completely disengaged from the Church.

The same for those who did not like change, especially in the liturgy and the chaos this caused in their local parishes and their personal faith lives, they too voted with their feet and left or became lukewarm and disengaged as so too their children and children's children.
Posted by Fr. Allan J. McDonald at Tuesday, March 21, 2017

Exactly what has the Church gained from Vatican II? In my opinion, the council never addressed the main issue it was called for which was how to deal with the modern world. That is a philosophical issue with theological overtones not one for a Council full of amateurs on the issue.

"What Vatican II opened for the liberals was the false expectation, an expectation they took hook, line and sinker, that the Church could change this, that and the other to include dogma and morality. "

We are living through this right know. Confusion and chaos reign in the Vatican. We have entire bishops conferences of various countries openly promoting immorality and sacraligeous communions. And the Vatican.....this pope is silent. The present pope wrote that sometimes people can't follow the commandments......which is heresy. Yes the CCC remains unchanged, for the moment. But does that matter. We have a pope that makes daily, outrageous comments on everything. He judges, condemns and tries his best to demoralize the few faithful remaining Catholics who actually still believe in the Faith. We are witnessing bishop against bishop. And the pope is silent. When asked to clarify certain positions so that clarity can be achieved he refuses to do so. He refuses to answer questions put to him by cardinals who are basically begging him to uphold the teachings of the Faith. Francis makes Paul VI look like Pius V. We are in major major trouble.