SOBERING STATISTICS BUT HEADS STILL BURIED IN THE SAND 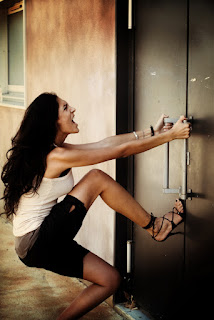 Praytell, an alternate universe, has an article about the Church in Germany and its decline since Vatican II which mirrors much of the rest of the Catholic world in the same period. However, the article disputes that Vatican II's spirit (which I distinguish from Vatican II properly understood within the context of reform in continuity) had anything to do with the decline in religious practice. In fact the article has the audacity to imply it slowed it down or it could have been worse if not for Vatican II as the decline began in the earlier part of the 20th century.

Here are some soundbites from the article:

If one looks at church attendance trends in past decades, there remains no doubt: after the Second Vatican Council (1962-1965), things went downhill for the Catholic Church in Germany. In 1965 the proportion of Catholics who regularly attended Mass was still ca. 45%, but already by 1970 it was only 37%. In 1990 it was only one in five, and today only about one in ten of the faithful still goes to Sunday worship.

But it is also true that church attendance numbers going back to the 1920s reached their high point in 1935.

In the years after the war there was only a short, temporary high. Official statistics of the German bishops’ conference prove this. Already between 1950 and 1965 the proportion of church attendees among all Catholics sank from 50 percent to 45.

If one thinks that people back then spent hours at Mass devoutly listening to Latin prayers and chants.

The reality of Sunday liturgy looked quite different than this in many places: the faithful came to Mass late or went outside the church during Mass – for example, to smoke. Others came just in time for the consecration, or left right after it, because according to their own conception they had thereby fulfilled their Sunday obligation. Parallel to the Mass “read” by the priest, the rosary or other pious devotions were prayed. The people were far removed from active particiation (Latin: participatio actuosa) in the liturgy, as called for by the Second Vatican Council in the liturgy constitution, Sacrosanctum Concilium. All this, even though Pope Pius X had deplored such a deplorable state of affairs already in 1903.

While I find articles like this interesting and enlightening in some ways, they really don’t speak in favor of the reform. The conclusion seems to be that the reform was a multi-billion dollar deck chair rearrangement on a sinking ship. Perhaps some can speculate, based on polls done after the reform, that the exodus would have been worse had the liturgy not been changed – but how can one be so sure those same people would have left had they been in a control group never exposed to even the idea of liturgical reform? What if the reform had been much milder? I bet those polled were mostly talking about vernacular when asked about the reform, and maybe versus populum and contemporary music.

My personal opinion is that reform was needed, but that they did a lot of completely unnecessary things that needlessly caused division. (And I would say pushed devout people as well as those on the periphery of the Church away from the Church that had ramifications for future generations of Catholics who would be completely disengaged from the Church and her liturgy resulting in the dismal statics today in most parts of the Western world.) How many people truly stayed in the Church because the Prayers at the Foot of the Altar had been replaced by four new penitential rites? Did anyone cite the new offertory prayers as a major deciding factor for staying? How about the new prayer after of the Our Father or the new Eucharistic Prayers? Would more people have left had their side altars, communion railings, and reredos not been secretly ripped out of their parish church? Did anyone say they were on the brink of leaving the Church, but had a change of heart when the final blessing was moved to before the dismissal?

My comments: Apart from subsequent generations not formed fully in the Catholic Church due to the fact that devout Catholics and those on the periphery of the Church were turned off by the manner of the reforms of the Liturgy and the Church leading to subsequent generations disengaged from the liturgy and the Church, there are other factors to be taken into account that allowed secularism to gain the upper hand with Catholics:

1. Those who loved the pre-Vatican II Church were shamed and humiliated by reformers as being backwards, living in the past and a threat to Vatican II's spirit. This alienated otherwise strong, devout Catholics.

2. Catholics who liked to pray devotions, had powerful devotions to Mary and the saints, believed in private revelations where shamed and humiliated for their faith and religious practices as the cult of the saints and popular devotions were ridiculed by the spirit of Vatican II anarchists.

3. Catholics on the periphery who came late, left early, took smoking breaks, seldom received Holy Communion but attended weekly to fulfill their obligation were shamed and humiliated, mocked and scorned. This significant group ceased participating even in a peripheral way. (There is anecdotal evidence that some priests locked the doors of the church keeping latecomers from coming in and those who wanted to leave early or to take smoking breaks from leaving!)

4. Those Catholics who wanted to listen but not sing or respond to the spoken parts of the Mass, who wanted to use worship aids to follow the Mass were shamed, mocked and humiliated. (I saw a priest on noticing a parishioner was not singing the processional hymn, grab a hymnal, open it and shoved it into the hands of the non-compliant!)

5. The outrage of lay Catholics leading to complete alienation often occurred with the crass iconoclasm forced upon ornate churches that priests had stripped. The biggest scandal in this regard or at least the most recent, although now long done, is the iconoclasm of the ornate Cathedral in Milwaukee, completely useless and responsible I am sure for alienating a huge number of devout Catholics and doing nothing to stop the bleeding of Catholics to secularism. It was the pride of the Archbishop at that time, a liberal, hypocritical Benedictine who thought he knew better and damn those throw-backs!

6. Coupled with liturgical iconoclasm was the destruction of sound and basic catechesis and the throwing out of the Baltimore Catechism, the single most unifying and basic form of catechesis for generations of Catholics. Coloring book Catholicism could not stand up to the seduction of secularism on a significant number of Catholics.

8. Once changed was seen as possible (in a Church that many clergy and laity did not believe change was possible prior to Vatican II) everything seem like it could be changed to include doctrine and dogma as well as morality.

9. The new morality of Catholicism ala Fr.Charles Curran and others like him, called into question the basics of Catholic sexual morality and opened the door to Catholic amorality on all levels of sexuality to include those who had disordered affections.

10. Pope Francis in seemingly allowing those who once were excluded on an official level from receiving Holy Communion, will escalate those who are traditional and devoted to authentic Catholic moral teachings who will disengage from the Church because of this alienation which will affect their children and children's children.
Posted by Fr. Allan J. McDonald at Sunday, March 19, 2017

Hat's off to you, Fr. MacDonald, for this -- the best 10-point explanation, of the results of the great post-Vatican II "renewal", that I've yet seen. Having long since stopping checking PrayTell . . . I wonder whether you've posted this there? It might be very enlightening to see the reaction of the PT regulars to these points.

Seriously, Fr. MacDonald, please let us know whether you put these ten points at PrayTell, so we don't have to suffer a visit there ourselves if you haven't.

And if you haven't, why not? The reaction there surely would be interesting.

No, I am locked out at PT! It's wonderful that they honor me!

Fr. McDonald, like secular liberals, religious liberals need their safe spaces so they do not have to confront reality.

I especially liked the second paragraph of Jack Wayne's comment. None of the micro reforms that he mentioned had an impact on people's participation in the Church since ordinary faithful were never influenced by such micro things as the position and detailed form of prayers and liturgical ceremonies. Additionally, it is interesting to focus on Germany as an example of the importance of the liturgical reform since, from what I have read, there was more vernacular (e.g. "the German High Mass"), hymn singing, and Mass commentators in that region before Vatican II than in other places in the Church. If, by PrayTell's reasoning, the Church in Germany was in free fall before Vatican II even with these initial liturgical reforms in use since the 1940s, what does that say about the importance and utility of these staples (vernacular, vocal participation, and heightened intelligibility) of the liturgical reform movement?

Kind of like covered malls, they are a fad

Father McD, you forgot the dreaded "handshake of peace" which from its inception was was repugnant to every lay person I ever knew, and never, ever got better, and then morphed into the 4 minute meet and greet right before Communion.

I can remember just dreading that moment, knowing it was coming, and I just wished there was some way to avoid it, and the priest often standing up there like he was the MC at a Knights of Columbus banquet encouraging everyone to introduce themselves to their neighbors, and the folk group breaking into an off key rendition of Peace Is Flowing Like A River. Ei yi yi, what we have endured!

The "handshake" of peace is a joke. Anyone who has witnessed the traditional manner of the Pax being conveyed by Priest to Deacon will notice a world of difference. The traditional Pax is truly moving.