STANDING UP TO THE MANIPULATIONS OF TOTALITARIANISM AND DEMOCRACY 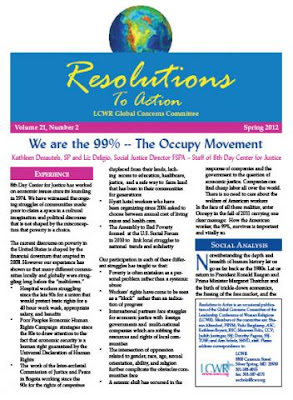 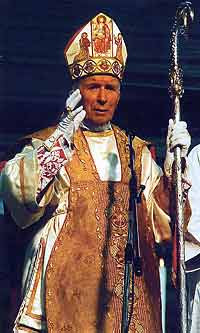 When you look at the history of the Church, she can be used for better or for worse by her members and those in the ruling elite. The true Church under the pope has been able to resist these influences better than the breakaway Churches of the Great Schism and the Protestant Communions of the Reformation.

For example, Lutheranism was embraced by the Germanic states because it enabled the governments of this region to wrestle control away from Rome.

King Henry VIII made himself the head of the Church to do the same thing.

During Communism in Russia, the Russian Orthodox Church was so aligned or manipulated by the Communists that it could not be a bulwark against communistic atheism.

Post Vatican II spirit of Vatican II Catholics have so aligned themselves to democratic secularism they cannot stand up to the Obama regime's attempt to redefine religious liberty in this country and to manipulate the Church into providing that which goes against our revealed teachings. In fact it is "spirit of Vatican II" Catholics in the Obama regime who are pushing for USA Government's unprecedented intrusion into the affairs of the Catholic Church.

Aligned with them are the liberal, progressive sisters and their organizations in the LCRW. They work against the Catholic Church and her traditional teachings. First these liberal, progressive post-Christian sisters decried the patriarchy of the Catholic Church and now they decry its monarchy. They really want a democratically led Church that would make us more like other democratically lead Protestant Communions--abandoning all that is Christian in terms of sacraments and morality, especially same sex union and fornication and adultery. They want a democratic Church that votes out natural law in favor of a secular law.

Fortunately both the SSPX and the true Catholic Church and its hierarchical structure does not bend to the will of the people when the will of the people is not faith to God. The sense of the Faithful is to be paramount when that sense is orthodox and in line with the faith and morals of the Church as well as Scripture and Tradition and natural law which is a product of Divine Law.

SSPX poses little or no threat to the traditional faith of the Catholic Church. The LCRW and all those progressive Catholics aligned with its ideology and faux theology and doctrines pose a greater risk to the Church in deconstructing her according to a mindless secularism.

The LCWR and their ilk not only pose a greater threat than the LCWR, they have for the last 40+ years been actively destroying their own orders, as well as the laity's knowledge of their own faith.

The SSPX coming again to full communion with Rome would be a pearl of great price. The disbanding of the LCWR and the reform of the orders might be of similar value.

what does everyone think, will the SSPX be reconcilled soon. Vatican Radio said today that the Pope will decide in May. I went to the SSPX up till 1988. I think there is so much pressure on Bishop Fellay not to reconcile from within the SSPX that it won't happen. To me it seems if they don't reconcile now with our current Pope it won't happen at all. If they do reconcile I think the other 3 Bishops won't come and a third to a half of the Faithful won't come back to the Church, but I hope that they all come back.

"SSPX poses little or no threat to the traditional faith of the Catholic Church."

This strikes me as a rather strange way of putting it. I have nothing whatsoever to do with the SSPX. Indeed, as I understand it, most of its adherents might well prefer it that way, or would if they knew that I am seriously interested in both EF and OF. However, I realize that--far from any threat--what they offer to Church is a bulwark of strength and support for the traditional faith that our Pope wishes to restore (and which the progressives seek to destroy).

The threat is bishops doing their own thing and then ordaining bishops without the pope's approval. The threat is disobedience to the Holy Father. But also there is the threat of an ultra-traditionalist form of cafeteria Catholicism that picks what they like from Vatican II but dismisses that which they don't like even if what they don't like isn't dogmatic but pastoral.

I'm not aware of any present threat of the SSPX ordaining bishops without approval. Ab. Lefebvre's consecreation of them happened in an extraordinary one-time circumstance. He was, by all available accounts a very saintly bishop throughout a long career of service to the Church, who evidently felt morally compelled to do what he did. I myself hope that his contribution to the preservation of traditional faith and liturgy is someday recognized by his canonization.

One reason being my realization that, without the SSPX he founded, there would be no Summorum Pontificum and no EF celebrated in Macon by one Fr. McDonald, perhaps no reform of the OF (though who can be sure?). Because, in the historical sequence of events, Ab. Lefebvre was the slender tread by which God chose in his inscrutable way to preserve the traditional Mass, pristine and free of the "arbitrary deformations" of recent decades, available to serve now as Pope Benedict's model for restoration.

As for the "threat" of ultra-traditionalists, admittedly some of them are wacky, and in ways that go beyond the freedom of any Catholic to question in good conscience certain pastoral recommendations of Vatican II that have led to unfathomable disaster for Church and Faith. However, to place the extent of traditionalist threat in moral or syntactic equivalence with the destruction of faith and morals by traditionalists is so outlandish as to be laughable. (In my obviously very humble opinion.)

Surely, the Pope will not place them under Diocesan Bishops. That will never work and they will not stay.

I rarely have time to post these days but I wander in and father is speaking highly of the SSPX. Obviously my absence made him miss me, and in doing so he dwelled more on the things I said. LOL Just kidding father, but it is nice to see you have looked closer at the SSPX position and softened towards them somewhat.
For the record I think Jacob is right. When (not if) Bishop Fellay brings the SSPX into regular status, some portion of the SSPX will rebel. I hope and pray that it will be smaller rather than larger, but we shall see.
And no Gene, the SSPX will not be regularized as Diocesen Clergy, they will be set up along the lines of Opus Dei, a Personal Prelature if I'm a betting man (and I am on occassion).

Yes, a minority of SSPX will choose not to return to Rome. They will be mostly, if not all, laity, and they are those who are currently anti-OF and sympathetic to sedevacantism. My guess is they will join the SSPV, a sedevacant faction currently only in the US, but with the minority of rebelling SSPX joining, if there are any in Europe, it will spread there (though how they will do it without clergy remains to be seen).