SSPX AND LCWR AND THE CDF AND WHAT DOES THIS HAVE TO DO WITH CCD AND RCIA AND VATICAN II?

THE NUNS' STORY?
Guess who the LCWR Nun is in this movie:
Name the nun, the movie and what organization they might have belonged to: 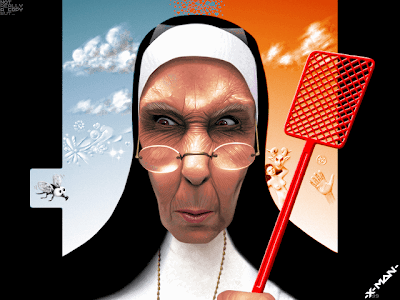 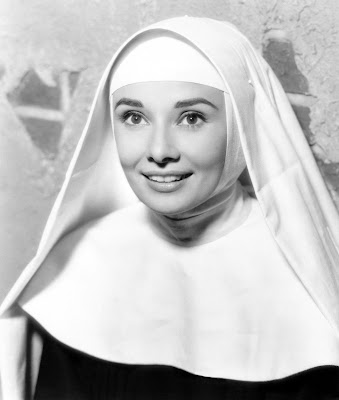 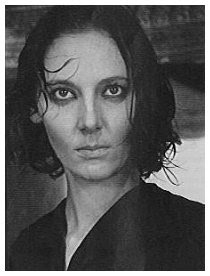 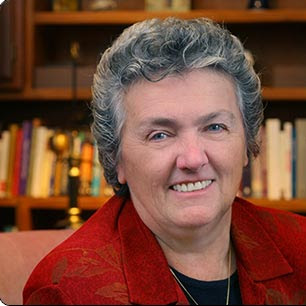 The Leadership Conference of Women Religious (LCWR)has done more than any other organization in the Church to deconstruct religious life as we knew it prior to Vatican II. This is not a matter of just changing clothes and getting rid of habits; this is a matter of leading religious congregations of women into heresy of post-Christianity.

The Congregation for the Doctrine of the Faith (CDF) made its doctrinal Assessment:

The decision of the Congregation for the Doctrine of the Faith (CDF) to undertake a
doctrinal Assessment of the Leadership Conference of Women Religious (LCWR) was
communicated to the LCWR Presidency during their meeting with Cardinal William Levada
in Rome on April 8, 2008. At that meeting, three major areas of concern were given as
motivating the CDF’s decision to initiate the Assessment:

1. Addresses at the LCWR Assemblies. Addresses given during LCWR annual
Assemblies manifest problematic statements and serious theological, even doctrinal
errors. The Cardinal offered as an example specific passages of Sr. Laurie Brink’s
address about some Religious “moving beyond the Church” or even beyond Jesus.
This is a challenge not only to core Catholic beliefs; such a rejection of faith is also a
serious source of scandal and is incompatible with religious life. Such unacceptable
positions routinely go unchallenged by the LCWR, which should provide resources for
member Congregations to foster an ecclesial vision of religious life, thus helping to
correct an erroneous vision of the Catholic faith as an important exercise of charity.
Some might see in Sr. Brink’s analysis a phenomenological snapshot of religious life
today. But Pastors of the Church should also see in it a cry for help.

2. Policies of Corporate Dissent. The Cardinal spoke of this issue in reference to letters
the CDF received from “Leadership Teams” of various Congregations, among them
LCWR Officers, protesting the Holy See’s actions regarding the question of women’s
ordination and of a correct pastoral approach to ministry to homosexual persons, e.g.
letters about New Ways Ministry’s conferences. The terms of the letters suggest that
these sisters collectively take a position not in agreement with the Church’s teaching
on human sexuality. It is a serious matter when these Leadership Teams are not
providing effective leadership and example to their communities, but place themselves
outside the Church’s teaching.

3. Radical Feminism. The Cardinal noted a prevalence of certain radical feminist
themes incompatible with the Catholic faith in some of the programs and presentations
sponsored by the LCWR, including theological interpretations that risk distorting faith
in Jesus and his loving Father who sent his Son for the salvation of the world.
Moreover, some commentaries on “patriarchy” distort the way in which Jesus has
structured sacramental life in the Church; others even undermine the revealed
doctrines of the Holy Trinity, the divinity of Christ, and the inspiration of Sacred
Scripture.

What is interesting about what is occurring simultaneously is that CDF is working mightily hard to bring back into the fold the Society of St. Pius X (SSPX)which was honest enough with itself and the Church to break away from the Vatican over doctrinal issues revolving around some of Vatican II's teachings. But at its core, it remains a part of Christianity and Catholicism. Peripheral issues that are not dogmatic nor at the core of the dogmatic teachings of God or at its core dissent, unlike the LCWR dissent which calls into question many dogmatic teachings of the Church as it regards God, the Church, and morality to include redefining of all of Scripture and Tradition especially sexual morality. The LCWR have not been honest enough with themselves or the Church to actually break away and become officially what they are, a post-Christian rabble of angry feminists.

Post-Christian can be described as follows: Some groups, mainly liberal or radical ones, even use the term "post-Christian" as a self-description, not regarding it as an epithet whatsoever. Dana McLean Greeley, the first president of the Unitarian Universalist Association, described Unitarian Universalism as postchristian insofar as Christians no longer considered it Christian, while persons of other religions would likely describe it as Christian, at least historically.

I would say that the religious positions of the LCWR are more dangerous to the Catholic faith than the religious positions of SSPX. Both groups have problems with the men at the Vatican but for entirely different reasons. SSPX thinks the Church after Vatican II has become aligned with "Post-Christianity" and LCWR confirms that in the extreme. But LCWR's problem with the men at the Vatican is precisely because they are men. LCWR hates traditional men and sees them as the root of all evil in the Church preventing women priests, same sex marriage and redefining Christianity according to the dictates of post-Christianity and godless secularism.

How does this impact CCD (Confraternity of Christian Doctrine) and the RCIA (Rite of Christian Initiation of Adults? We all know that since Vatican II our doctrinal content in our religious education books and programs has been limp to be charitable. We have formed two to three generations of Catholics who could not tell you why SSPX and LWCR are polar opposites and would be even more clueless as to why SSPX is closer to true Catholicism than LWCR is and could care less that SSPX has been labeled schismatic by some although their doctrinal content for the most part is quite orthodox but LWCR is not considered schismatic although their doctrinal content is quite heretical.

And thus the CDF is acting to reconcile the SSPX, reform the LWCR and make CCD and RCIA better according to the dogmatic truths of Vatican II (The Second Vatican Council).

And beware, post-Christian Catholics (read: liberal, progressive, iconoclastic, ecclesiologist revisionists) will now start to use the word, "monarchy" to describe the Magisterium and how out of touch the "monarchy" is with democratic, secularizing, people-loving modernists (read: post-Christian)Catholics. These post-Christian "catholics" will say that the monarchy of the Church is in fact making the Church less relevant to these liberal, progressive, iconoclastic, ecclesiologist revisionists and I say goodie gum drops! It can't get any better than that!
Posted by Fr. Allan J. McDonald at Friday, April 20, 2012

This should be good. These women are going to howl, moan, bitch, cry, have toilet accidents, pitch fits, march in the streets, throw stuff, go topless, enlist the media,form action groups, and become completely obnoxious in every conceivable way in response to this. Let's see if the CDF can take it and stay tough...

The CDF needs to draw up a document that states 'As Catholics we beleive this...' and 'As Catholics we reject these...". The members of the LCWR who sign should be able to stay with reorganization and supervision; the members who refuse to sign should be excommunicated so they can follow their age of Aquarius, post Christian 'search for God' without dragging the Holy Catholic Church down with them.

The two organizations of nuns remind me of Martha and Mary. One is too busy doing "works" and ignoring Our Lord, while the other adores the Lord and after are fruitful in their works. They rightly model their lives after Mary our mother, the others have taken the forbidden fruit once again, and call it good.

I just read a news article that said the LCWR is "shocked" and "stunned" by the Vatican's actions...right. Fr, will you bless some popcorn for us to munch on while we watch the developments....

This is another of those cases which leave me baffled. The members of the LCWR seem to wish to assert their rights. Although they do have rights as citizens, those cannot override their commitments made freely to Christ and the Church when they took their final vows.

I am reminded of the case some years ago in Canada, in which the RCMP were sued by one or more Sikhs (I do not recall the specifics now) over their need to wear turban and knife when in uniform. Their contention was that these were religious articles required by their faith. My view is that their contention is irrelevant; the RCMP had uniform standards, and is an organization which is joined, not one into which one is conscripted.

To my limited understanding of such things, not only are nuns required to take their vows without any coercion, but they must be really determined. My reading on such things suggests that the Mothers Superior are inclined to dissuade rather firmly, as part of testing vocation.

I did'nt know until now that the 'L' in LCWR stood for 'Leadership'.

RCG, I always thought the "L" stood for loud...

I suppose I ought to point out the obvious about Monarchy: the Pope is called a Vicar, that is, a Steward and we regularly pray for the coming of the Kingdom and actually celebrate the feast of Christ the King.... anyone who has watched or read the Lord of the Rings knows that Gondor was ruled by a Steward, pending the return of the King. Ditto with the Church. So if this is a surprise to some people, what does this say about their "sophisticated education"?

Deborah Kerr as Sister Clodagh and Kathleen Byron as Sister Ruth in Black Narcissus. Audrey Hepburn in The Nun's Story. You've sort of mixed their pictures all up together, though.

bring on the Monarchy!! And I don't mean just in the Church. I'd gladly trade you 535 Cngressmen, 1 Chief Executive and 9 Justices for 1 Monarch, as long as he's Catholic.

Actually the sisters in Black Narcissus are Anglican nuns and they renew their vows every year.

These women are victims, not of their educated minds, but their worldly lifestyle, pride, and selfishness. My Aunt was a cloistered nun all of her life. After Vatican II, we were permitted to enter the cloister occasionally, and she could come and stay for a week about once a year. Our visits were always joyful. I still recall how happy and content they were. They had tv and radio, they had contact with the world, but their lives were dedicated to Christ. They were respected in the neighborhood, and the largely Jewish community checked on them, and assisted them. I always felt closer to God in that cloister than at Mass in our modern Church growing up. These women, who are "mad" and "stunned" and embrace the media attention and anti-Catholic secularism will probably never understand their heresy. I can't see them meekly accepting any correction. Such a shame.

Religious in twin sets, wearing earings and pearl necklaces, just where has their vow of poverty gone. These sisters, and I use the term loosely, should renounce their vows and get on with the secular life they seem to want. How can women who took vows so joyfully, understanding completely what they meant change so radically, so quickly?. I live in Glasgow, Scotland and could not tell you the last time I saw a habited sister. I could pass a religious in the street and not even know it. The Church should just get rid of these ladies and reconcile with the orders who have stayed true to the Churchs' teachings and move on and grow.