HAVE YOU BEEN RAPTURED? AM I ALONE IN REMAINING? ANYONE OUT THERE? 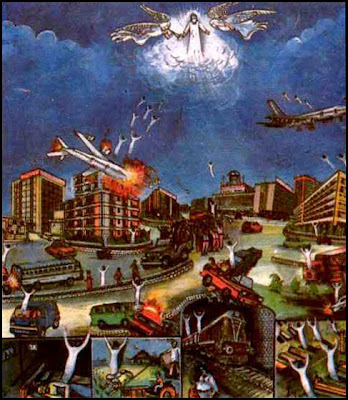 It seems that I was left behind. It is early in the morning, so I don't know if Fr. Justin or our seminarian Avery Hanna have been raptured and I certainly don't want to enter their rooms at this hour to find out.

It is dark outside and I can't tell if anyone remains. I should have stocked up on food since there will be no farmers, butchers or grocery store owners to service my needs.

And what about gasoline. Who will do the oil refining?

I think I have enough clothes for a while. I hope I don't break my glasses. I'd feel like Burgess Meredith in that famous episode of the Twilight Zone, when the world comes to an end through a nuclear holocaust and he's left behind having survived it. His only pleasure in life was reading and he finds a library with thousands of books only to drop his glasses and have them shattered!

I haven't been to any cemeteries to see if tombs have been opened and are emptied. I'm sure no one was raptured from the Catholic Cemetery in town.

I've always suspected that a goodly number of my parishioners were Protestant at heart and since only Catholics and non-believers will be left behind, I suspect these Protestant leaning parishioners squeaked into being raptured!

And of course, Macon, Georgia has the highest number of churches (protestant) per capita than any other community in America, so most of Macon as well as my Protestant leaning parishioners probably are gone! I might truly be alone! Does that mean Fr. Justin and Avery Hanna were really Protestants and thus saved?

YOU CAN READ THE CATHOLIC UNDERSTANDING OF THE RAPTURE BY PRESSING THIS SENTENCE. I HOPE HE'S RIGHT AND THAT I'M NOT ALONE! 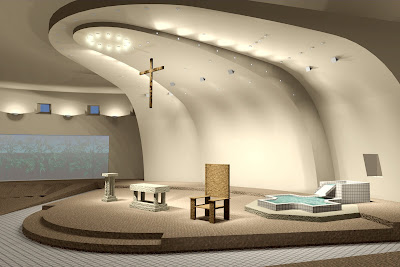 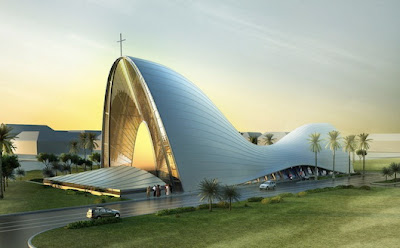 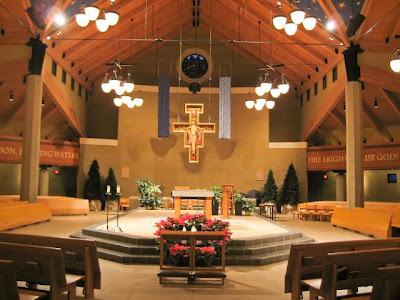 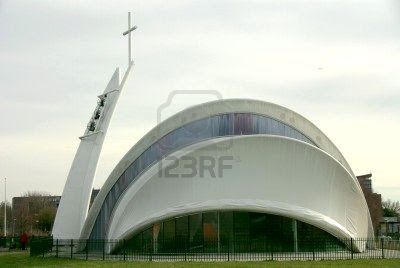 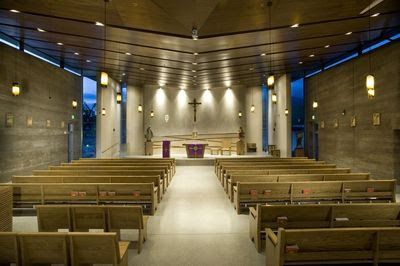 These are churches??? Surely you're not serious!! Well, at least, obviously not Catholic.

Hmmm...those churches SHOULD be left behind.

I saw Fr. Ferguson this morning at Waffle House. The only thing being "raptured" was a Chili Cheese Toddle House Omelete with a side of Chunked Hash Browns, and two Texas biscuits with sausage gravy!

Oh, but Father, you apparently forgot: the rapture doesn't happen until 6 PM no matter the time zone...! So you have nearly ALL day to repent and convert. I'd invite you to join us Catholics in line today, but I don't see any lines right now...I'll let you know...

And, oh, Fr. Ferguson, you might be going before the rest of (unraptured!) if you continue those dietary choices!!

Fr. M, you really crack me up!! I was laughing out loud at your wit. You should take that act on the road. If no one knows the time or place of His return, how did this guy get inside information?? I must be outta the loop!

Fr. M, you crack me up with your wit! You should take that act on the road. If no one knows the time or place of His return, how did this guy get his inside information? I must be outta the loop. Thanks for making me LOL this morning!

I notice Pin has not posted since the Rapture. It either means they the people were not taken to heaven as first thought, or the booze in the honkey tonks was left unguarded.

If the rapture doesn't occur until 6pm regardless of time zone, we should have heard something about Europe by now; unless, of course, that secular continent was totally left behind and remains unaware of its fate. I have a feeling I'll be here in the morning: either I won't be raptured because you know we Catholics will be left behind or it just didn't happen. In any case, I'm looking forward to Mass tomorrow. And I add my kudos to Althea's, Father, I always enjoy your humor!

I'm just curious--did the "pastor" of this "church" who predicted the day of Jesus' return take one final "love offering" before shutting down--for that matter, has he shut down?

Those are churches? The first few look like someone's interpretation of a whale.

Shucks, I thought it might be real and that a waiver might have been granted to the USCCB. The beat goes on.

Found Pin!!! He was planking the roof over the entrance to the local Family Radio Affiliate. He promised to stay until St Peter rolled him off. The station manager retaliated by playing "Wind Beneath My Wings" repeatedly until Pin succumbed to nausea and was forced to leave.

RCG, I'll have you know I have been contemplating ethereal truths and eternal realities while you splash around in the shallows of juvenile wit. I moved rocks in the yard today (while contemplating the above referenced verities), so I was not aware of any rapture...however, rupture was a very real possibility!

Anyone remember the history of the Millerites back in the 1800's? Seems this Miller preacher decided the world was going to end on a given date and he and all his many followers went up on some mountain to await the end. Apparently, he was fairly persuasive because this was a pretty big cult. Of course, when you do stuff like that and nothing happens, it is a safe bet that you lose all credibility. The Millerites just faded away. This kind of stuff has been around a long time.

I remember reading about that. Seems to happen every once in a while.

I'm surprised you did yard work. I was going to mow and edge the lawn but thought I'd wait and see if any of the neighbours do theirs. If they are 'out of town' I may just jet the thing grow.

I didn't see Sacred Heart in Warner Robins (a.k.a. The Template for all future Diocese of Savannah worship spaces)as one of the churches left behind. Was it removed because of complaints?

All these Rapture jokes, like there's no tomorrow! I'm still here! And that's a good thing!

We got in trouble with the Dean of our seminary once with a rapture joke. We were making fun of all the rapture "theology," so a bunch of us went out into the quad and formed a circle. One of us began preaching fire and brimstone while the rest of us ran in a circle, leaping up for the sky with arms outstretched every time he shouted, "Halleluja!!" When a professor asked what we were doing, we told him we were having a rapture drill. This got back to the Dean, who called us in and chastized us for making a spectacle of the school in public. When we responded in stony silence, he said, "Let us dedicate this moment of silence to the poor parishes you will be serving one day. Now get out of here."

According to an AP News story, you have 5 more months until the end of the world. You now can store up food just in case!

OAKLAND, Calif. – A California preacher who foretold of the world's end only to see the appointed day pass with no extraordinarily cataclysmic event has revised his apocalyptic prophecy, saying he was off by five months and the Earth actually will be obliterated on Oct. 21."