DON'T YOU EVEN THINK ABOUT EATING MEAT ON FRIDAYS BEGINNING FRIDAY, SEPTEMBER 16TH IN THE UNITED KINGDOM!

In England, meat and poultry will be forbidden each Friday of the year!!! 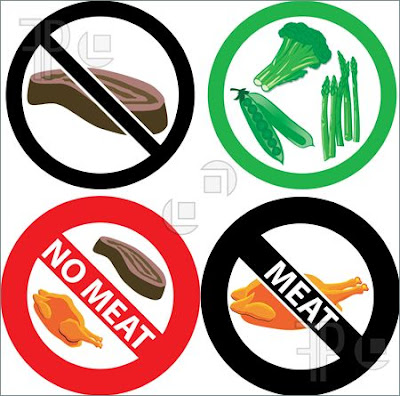 Your every Friday Penance will be to eat this! 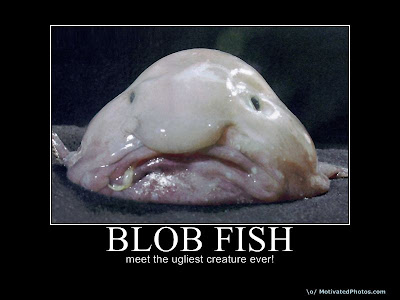 It is still Catholic law that we should do some form of penance each Friday of the year. Back in the 1960's the general law that Catholics abstain from meat and poultry products was lifted, but it was said that each Catholic should decide individually what penance they would substitute. Abstaining was still recommended. However, very quickly most people did very little or no penance at all on Fridays except during Lent when we are required to abstain. We lost our Catholic identity in this regard as something that all Catholics commonly do.

The following is a report from England. It is great news and if only the American bishops and all the bishops' conferences of the world would follow suit-this I pray:

The Catholic Bishops’ Conference of England and Wales have re-established the Friday Penance of abstaining from meat on a Friday.

The law will come into force on Friday 16 September 2011, the First Anniversary of the State Visit by Pope Benedict XVI to the United Kingdom in 2010.

Following their Spring Meeting at Hinsley Hall, Leeds, Monday 9 to Thursday 12 May 2011, the Catholic media office issued the following statement (13 May 2011) under the heading Catholic Witness – Friday Penance:

By the practice of penance every Catholic identifies with Christ in his death on the cross. We do so in prayer, through uniting the sufferings and sacrifices in our lives with those of Christ’s passion; in fasting, by dying to self in order to be close to Christ; in alms-giving, by demonstrating our solidarity with the sufferings of Christ in those in need. All three forms of penance form a vital part of Christian living. When this is visible in the public arena, then it is also an important act of witness.

The Bishops wish to re-establish the practice of Friday penance in the lives of the faithful as a clear and distinctive mark of their own Catholic identity. They recognize that the best habits are those which are acquired as part of a common resolve and common witness. It is important that all the faithful be united in a common celebration of Friday penance.

Respectful of this, and in accordance with the mind of the whole Church, the Bishops’ Conference wishes to remind all Catholics in England and Wales of the obligation of Friday Penance.

The Bishops have decided to re-establish the practice that this should be fulfilled by abstaining from meat.

Those who cannot or choose not to eat meat as part of their normal diet should abstain from some other food of which they regularly partake.

This is to come into effect from Friday 16 September 2011 when we will mark the anniversary of the visit of Pope Benedict XVI to the United Kingdom.

Many may wish to go beyond this simple act of common witness and mark each Friday with a time of prayer and further self-sacrifice. In all these ways we unite our sacrifices to the sacrifice of Christ, who gave up his very life for our salvation.
Posted by Fr. Allan J. McDonald at Saturday, May 14, 2011

Interesting. Now if England would only abolish the 1701 Act of Settlement (recently blocked when it came up again this year), then perhaps we could begin a real dialogue. Until then, we are just Papists. Just ask John Fischer or Edmund Campion what they think... -pgal

Quite some time ago we went back to eating no meat on Friday. My wife is such an excellent cook that even fish dishes are great, so where's the suffering. Maybe we should punish ourselves by reading the National Catholic Reporter, America, Commonweal, etc; that would really be a sacrifice. Would the ensuing anger be "righteous" or would I have to confess it?

Yes, those publications can be an occasion of sin, but I think they are the ones culpable! As far as the fish, if your wife makes the Blob Fish and leaves its head on then that would certainly be a penance no matter how good it tastes.

I resumed abstaining from meat on Fridays a couple of years ago and have received only positive feedback from others, Protestant and Catholic alike (I don't announce it, but on occasion it's necessary to explain why I'm not eating meat). I agree, this is an important part of our Catholic identity, and can offer an excellent opportunity for witnessing our faith to others.

I've read the document by the American bishops that is quoted as changing the discipline. (You can find it at http://www.usccb.org/lent/2007/Penance_and_Abstinence.pdf ) It is full of weasel words and phrases that seem to me to be calculated to lead confusion. (Among other things, it states that some people "feel" that abstinence from meat is not the best form of penance. (I'm interested in what people think, not how they "feel.") The document very clearly does away with compulsory abstinence but is obviously (and to my reading, deliberately) wishy-washy about whether any other form of penance MUST be substituted. This has the unfortunate (perhaps intended) effect of giving those who don't practice a Friday penance "plausible deniability." The only harsh words the bishops have are for those of us who judge those who don't practice a Friday penance.

Given this vagueness--which I contend is deliberate, irresponsible, and smelling a bit of the "smoke of Satan," and not dispositive under Canon 1253, I think that the correct thing to do to resolve the vagueness is to default to the univesral law of the Church as found in Canon 1252, which mandates not merely penance, but specifically abstinence.

This approach also avoids what Fr. McD notes as a major failing of the '60s: the attitude of "What's the least I can do and still be Catholic?" When in doubt (and there is certainly doubt here), do more, not less.

Does this mean they start calling us mackerel snappers and mullet munchers again?

Pin, Sure. As long as they smile when they say it.

As far as suffering, I think it's discipline. Remember to was your face and clothes and look happy, not like the hypocrites.

In the long Anonymous comment, he/she has pegged a big problem for our Culture, both in religion and politics - concentrating on how people "feel"vs how people "think," or how they should think.

I hope the US Bishop's Conference takes this up an follows Britain's lead. We should all be doing the same thing as Catholics whatever the country. Imagine the strangeness when you observe the no meat on Fridays and go to a fellow Catholic's house for a Friday dinner and they serve you steak. The conversation will spiral after that. How comforting that we would all perhaps eat fish as this would just be a given. We are all of the same Faith and this is what we do. Kudos to England and please Bishops, think about his for the US as well. Let's face it, most people need to be lead, for when left alone to think for ourselves the majority forgets or simply ignores. We need disciplines and guidance.

I'm in the boat with Nancy. Me and my family resumed Friday Abstinence a few years ago. Like most everyone else we had been duped into thinking the "rules had been changed". Once we got into EF attendence we started to discover things like this which we had been lied to about and commenced to self correct. Also like Nancy I occassionally need to explain it, and sadly that is to other Catholics as often as it is not, but for the most part it is a welcome penance at the end of the week. Kudos to the English Bishops for doing the right thing.

Anon, the USCCB is a part of the problem and I would not expect much from them. It is sort of like a conference of wolves discussing the care of sheep. Every time I hear they are meeting, I get out the whiskey!

Anon, given the guidance and misguidance of the USCCB, those faithful to or wanting to be faithful to the Magisterium need to look askance at and look beyond the USCCB for the help they need.