CLERICALISM'S FLIP SIDE, CONGREGATIONALISM WHICH IS REALLY GOOD OLD NEO-PROTESTANTISM! 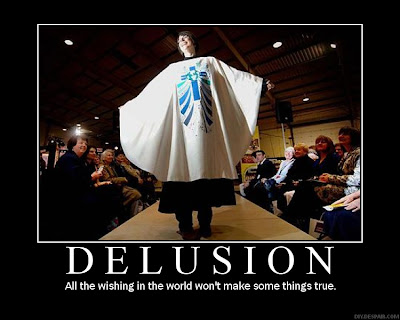 After Vatican II and in order to promote the “priesthood” of the laity, most parishes in the United States began Parish Councils which were modeled after elected “legislatures” in cities, states and nations. It was based upon representation in the parish , electing members to the council and giving parishioners a vote in the parish.

Later, as experience dictated that this model was not appropriate for the Catholic Church which is hierarchical, governed by canon law and diocesan policies, parish councils developed into “pastoral councils.” These councils respected canon law which stated that all such councils are advisory to the pastor and do not usurp his canonical authority in making decision in the parish, but rather advise him in making those decisions.

Most Catholics though, believed parish councils and pastors should consult with the entire parish, take votes from a congregational view and adhere to the will of the people. Of course, that is a corrupt view of Catholicism. We see it especially in the “ultra-liberal” “Voice of the Faithful” movement in the Church following revelations about the sex abuse scandal. These tiny in number, but vocal lay Catholics want to run the Church, hire and fire their priests, elect their bishops and be more like the Episcopal Church in governance, locally, nationally and internationally.

The only problem with this approach is that it is not Catholic, does not follow our hierarchical structure of things, which the Church believes to be infallibly revealed, does not follow canon law and also leads small groups of laity fighting for more power in the Church.It becomes very divisive. They tend to have contempt for the hierarchy and the canon laws that govern the exercise of authority.Often they desire to usurp that authority over perceived and actual abuse of authority or mismanagement of authority. They want to call the shots, review all financial records, hire and fire and have a voice in micro managing the parish and its pastor. They want to know who is paid what, and they threaten to withhold their offerings until things are the way they want them to be. Don't you just love these pseudo-Catholics on the right and the left and in the middle?

In other words, we see the laity striving to become more like bishops and priests and striving to make the bishops and priests more like the laity. It is the clericalization of the laity and the laicization of the clergy! It happens not only in ultra-progressive, liberal parishes but also in even conservative, traditional parishes. The root desire though is control, to wrestle it away from its rightful canonical recipient. Those on the right who try to take over are as much a part of "AM-Church" that they so decry concerning those on the left!

Congregationalism becomes the flip side of clericalism when individuals or groups of individuals not knowing canon law and the limits of their advice to the pastor, begin to usurp the pastor’s role, challenge his canonical authority and strive to act as parishioners in the Protestant form of congregationalism as experienced in most Baptist Churches as well as in many Episcopal Churches. In other words, these parishioners strive to make the pastor’s life miserable.

We all know of the havoc that clericalism can bring to a parish when the pastor doesn’t follow canon law and rules the parish autocratically or so delegates his authority, that little kingdoms develop in the parish and power plays between various lay groups and paid staff members take place. Both extremes harm the unity of the parish.

Catholics should be Catholics--that means embracing the Catholic Church, her hierarchy in good times and in bad and giving advise where appropriate needed and requested.
Posted by Fr. Allan J. McDonald at Tuesday, May 24, 2011

The perfect post. There is nothing more to add, because you've provided a concise analysis of a chronic problem.


I do not envy anyone with the title, "Pastor".

Although I agree with you, on the flip side I have been exposed to priests that should have be fired or worse and no one could do a thing about it.

Yes, that is the dark side of our system. Technically, the bishop has the responsibility in that regard. Of course, parishioners, including those on finance and pastoral councils have every right to alert the bishop to problems in the parish as a result of the leadership or lack of leadership in the parish. Hopefully a bishop would be open and transparent, meet with these groups when necessary or send a delegate to meet with them. Of course many people want a complusive, knee jerk reaction and a quick fix. Sometimes time will take care of problems. Sometimes, though, when a solution is implemented, people are still not happy and it moves beyond legitmate concern to a desire to control and have things their way--remember the theme song of hell is "I did it my way..." I hope good old Frank isn't there though!

Yes, a good post. But we are as sheep, not sheep. We should be creative followers contriving ways to manifest the guidance of our pastor using our individual gifts. The problem is often a 'halo' effect where a parishioner or two think they should be interpreting doctrine since they happen also to be experts at, say engineering. This is the complement to clerical contempt for the abilities of the congregation to come up with a Christ like way to deal with the poor, The tendency is for the clergy and the parishioners to agree, perhaps tacitly, on swapping roles in important areas.

For some reason, I can't post comments anymore from by blackberry and I had problems getting on my blog period to post anything--so there might be a delay in posting when I'm out of the office.

But in terms of swapping roles, it all hinges on the pastor who either allows it, or is so inept that people come and fill in what is lacking in a charismatic or spontaneous way. And of course, human nature as it is sometimes when you give an inch, people take a mile.

Yes, rcg, I think you've got it... The key for ALL, clerics, religious and laity, is obedience; not BLIND obedience, but holy obedience that does not tolerate or cover-up wrong-doing, and deals with such in a humble, careful way.
Many, many holy sainted folk including Mother Teresa and Pope JPII said that if you want to see holiness, look for humility. Once you find humility within yourself, THEN you can deal with wrong-doing in a holy way.

I go back the concept of 'Followership' (I was derided by Pin for using this term some time ago. The emotional scars are now healed.) In simplest terms I have bought into the Catholic Church and the Pastor is, well, the Pastor; I the follower. I must think and work to make the thing succeed. I do not need to revisit a decision and would not appreciate micro management of the execution. This is very different from a club, especially in one particular way: I will never be the President, so I have to accept that and not try to usurp that role. My very brief term on the Parish Counsel exposed me to a lot of this. I honestly think a lot of these people are simply mentally ill to one degree or another. I think the Pastor may not see this because, unfortunately, in many cases his most active parishioners and he thinks they are simply confused, or may even appreciate their help. In reality they are confidence men looking to insinuate themselves into a position of power.

I found all the comments very good and very thought-provoking. It all seems to come down to everyone, laity and clergy, being deeply flawed humans who can't seem to work any system without goofing it up one way or another. That said, I prefer the Church's hierarchy to congregationalism. I have finally gotten through my own deeply flawed head that I do not have the wisdom needed to be in charge of much of anything. The Church is doing her level best to follow the instructions of Christ, and somehow I don't think misguided notions (however well-intentioned) of religious democracy can improve on His way. Easy? No, but He never said it would be. Can we do it perfectly? Probably not, but that doesn't mean we don't keep praying and trying.

Man, that is an ugly image! I hope you get your Blackberry sorted out soon... ;)