CLERICALISM IN THE NEW EF MASS, REALLY? AND PREPARING FOR THE NEW ENGLISH MISSAL IN THE OF 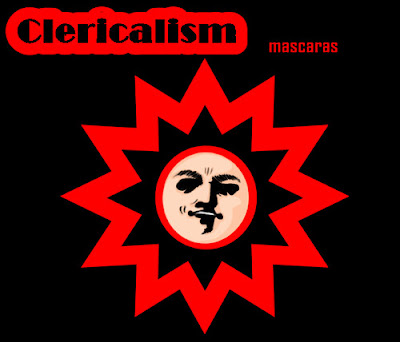 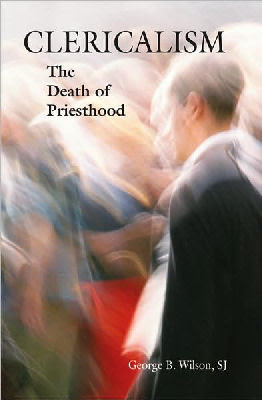 Dangers of Clericalism (From the Tablet, A Catholic Publication, liberal leaning from the UK)
21 May 2011

(My comments below this editiorial)

To be against clericalism is not the same as being anticlerical. The latter signifies strong secular resistance to the Catholic Church’s social and political power. Clericalism is about an excessive emphasis on the role of the clergy in the Church’s internal affairs. It implies clerical elitism, the superiority of the priesthood over the laity. Anti-clericalism, as a concept in Continental European politics, is some way past its sell-by date. But clericalism is very much still in currency as a key concept in analysing the cultural factors that gave rise to the clerical sex-abuse scandal inside the Catholic Church. It has almost become de rigueur for church leaders to say they are against clericalism in this context.

Clericalism was dealt a heavy blow by the emphasis in the teaching of Vatican II on the priesthood of all believers and on common baptism. But there is evidence of a clericalist backlash among some of those undergoing training for the priesthood or recently ordained. In dress and attitude, some of them appear to hanker – almost narcissistically – after a restoration of the priest’s elevated status that characterised parish life in the 1950s. A softer form of clericalism is still apparent in diocesan structures and in the Vatican itself, where few lay people are to be found, and usually in relatively junior positions. And clericalism automatically marginalises or excludes women.
It is also sometimes implicit in the motivation of those who are pushing for the return of the Tridentine Rite to general use. While the post-Vatican II new-rite Mass emphasises the Eucharist as an activity shared by the whole community, the Mass named after the Council of Trent puts more weight on the separation of roles, with the priest active and the congregation passively watching.

The Vatican is continuing to put ammunition in the hands the pro-Tridentine lobby in the Church, as in the latest instruction, Universae Ecclesiae, issued by the Pontifical Commission Ecclesia Dei. Does it not realise how much this will encourage divisive tensions in the Church and a spirit of reactionary rebellion against local episcopal authority, not to mention the revival of a misogynistic and elitist clericalism?

The reinstatement of the Tridentine Rite was intended to unify the Church and reconcile those alienated from it; there is a real danger of it having the opposite effect. If bishops are not alarmed by this, they should be.

Meanwhile, the latest instruction from the Congregation for the Doctrine of the Faith (CDF) regarding the handling of ­clerical abuse allegations moves in the opposite direction. It recognises that while bishops cannot shirk their responsibilities, they cannot be a law unto themselves in such matters. National episcopal conferences are being required to draw up guidelines and submit them to the Vatican. The importance of cooperation with secular authorities such as the police is emphasised, though curiously the CDF only stresses the duty to report all cases where that is already required by law. It needs to be more general than that: in many countries there is no obligation to report a crime. That apart, the instruction moves the Church into the real world, with best practice (as in England and Wales, perhaps) being made the common standard. As a result, the Church will be that much less clerical – and safer.

My comments:
The editorial is somewhat good, but as with all current day aging progressives, they are nostalgic for the good old days of chaos in the Church as it regards the ministerial identity of the priest.

Clericalism can and did exist in the Church of the 1950's and it does in somewhat of a more innocuous way in the post-Vatican II, do your own thing world of the OF Mass and parish communities. Sometimes these parish communities composed primarily of laity are the most "elitist" and "clericalist" of anything prior to the Second Vatican Council. Try to critique a free wielding parish community and tell them to follow the rules of liturgy and begin an EF Mass, and you'll see what I'm saying is true.

The biggest problem in the post-Vatican II Church hasn't been priests wearing cassocks, praying Mass in Latin and knowing who they are as ministerial priests called to served the people of God through word and sacrament, rather, it has been the complete loss of a priestly identity and the majesty of that identity properly lived. It has been the "do your own thing" mentality and to hell with authority.

It is precisely the loss of a priestly identity that has complicated the serious issues of the loss of Catholic identity amongst the laity that is the greatest problem for the Church of 2011.

If a person wants clericalism, he can be such in or out of a cassock or priestly garb and apart for a love of the EF Mass. The OF Mass is the most worrisome place for clericalism because it is so innocuous and does tend to glorify the personality, charm and abilities of the priest to ad lib, perform and look good.

And now for the new English translation of the Missal, a good commentary on it from PBS:

Those videos were good. Its was interesting to see folks reaction on the other side. I noticed that one priest doing the consecration had a glass chalice. Isn't that wrong?
That Franciscan sounded like he's ready to quit over this.

I may need to read the editorial again, but I am inclined, strongly, to think it is fabricated to mislead people about the EF and changes to the OF. Clericalism has been resurgent under the liberalisation of the clergy and is especially obvious among the clergy in jeans. This person is applying the term correctly to historical situations that are at least 150 years out of date. This person is either out of touch, or deliberately lying. This is the same lie people throw at Catholics about the Crusades.

I will read it again, but this guy's premise is not clear or out of date by two dozen popes.

Qwikness, I noticed that too and the video of that Mass may have been before glass was outlawed, although LA's now retired Cardinal allowed glass even after it was "outlawed." But what I noticed about that Mass is the very thing that make me want to have Ad Orientem, the motioning of the unconsecrated bread and chalice to the people during the consecration as though this is a literal re-enactment of the Lord's Supper--it isn't. It is a pray to God recalling to God, not the congregation, what Jesus did the night before His Sacrifice. Facing away from the people would prevent just what you saw in the video. That is a corruption of the prayer that is intended to be directed to God, through Jesus but the priest acting in the Person of Christ in praying it.

1) The most discouraging thing about the videos was hearing the condescending tone which the priests and other "experts" were using about the new translation.

2) The most encouraging thing about the videos was seeing their age.

It came from the Tablet, which is the UK version of the NCR here in the US, therefore we can safely conclude the editorial is deliberately misleading.

If wearing Cassock's and saying the EF Mass are signs of Clericalism by all means please bring on the Clericalism. Both are clear, unambiguous signs of Catholic Identity. That is what is missing from the Post-V2 Church and that which must be restored. To that end, anything which emphasizes a unique Catholic attribute should be seized upon, elevated, and celebrated. Conversely anything that blurs the lines and makes us "one of many" or "blurs the lines" with secular society should be isolated and rooted out with extreme prejudice.

I see this all the time.

The priests aren't going to say "take this all of you and eat it," anymore are they? This can be confusing to those protestants that feel they have a "right" to communion.

I am already hearing rumblings about the new missal and am frankly surprised. Ours is a very liberal parish, but I am still surprised. I am concerned that our priest may not lead from the front, as it were. He is a very nice man, very liberal, but not willing to confront anything at all. He lets the lay staff figure out the execution of things so they will set the tone for this. I am not hopeful. I am concerned for them and this making me really sad. But we are blessed to have several parishes close by and it looks like the wife has decided to start looking.

Somebody needs to impart this bit of wisdom to "Ignotus"...

He would say you're out of bounds if you opine as to his motives and thoughts about others. On the other hand, he feels privileged to do so about others. Another of the one-way-streets liberals travel down.

They're not related I don't think but you are right about the resemblance.