THE COMPULSIVE NEED TO KNOW AND TO TELL 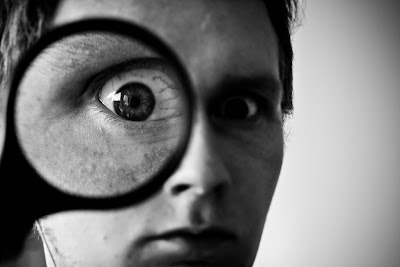 Keeping secrets and confidentiality at one time was considered a virtue. Not so today. As soon as someone learns something, whether true or not, it is communicated to someone else. This use to be called gossip. Even major news outlets function in a such a way in order to fill the 24 hour a day news cycle.

Where does this new "virtue" come from? Could Phil Donahue have started it? Did Oprah Winfrey continue it? Does Jerry Springer glorify it?

People are going to confession all over the blogs, talk shows and other venues, like facebook. Much of what they confess is idle gossip and sometimes it is very harmful to the one that is the victim of such gossip. But you won't catch these people going to sacramental confession--that's too secretive, not transparent enough.

Today's public confessions aren't much more than bragging and voyerism. Much of it is for a few minutes of fame of knowing something first and letting the cat out of the bag. Sacramental confession on the other hand is about purging sin, repenting of it, showing some guilt and shame and asking God to take it away, wash it clean, make it disappear.

The same has happened in the Church. So many left-leaning progressives want transparency on everything. They'd love to know what was uttered in confession too. They want to know what the pope told the bishop in Australia who the Holy Father dismissed. They want to know all the facts. But the Holy Father is tight lipped and this has brought upon him libel and slander--he's not transparent enough; there's no due process; who's next? We need to know. But the Holy Father remains tight lipped! Good for him--he's going against the grain; he's counter-cultural in this; he isn't moved by public opinion, only the truth and carrying out his responsibilities before God!

But you know what. Transparency has its limits. Gossip is still a sin and confidentiality still has its admirers.
Posted by Fr. Allan J. McDonald at Friday, May 06, 2011

Father, this question doesn't specifically have to do with your post... othan than maybe the title. My FSSP traditionalist boyfriend does not think that there's anything necessarily wrong with the luminous mysteries, but he prefers not to pray them. I, on the other hand, believe that they should be prayed because they give a full description of the Gospels. I thought that they were officially part of the rosary, but he says they're simply 'suggested additions'. I need to know who is right. Thanks.

And an adamant refusal to provide information that the Lay Faithful have a right to know is sinful and scandalous.

As it concerns the Luminous Mysteries, I believe these are proposed but not mandated. In fact it is proposed that we pray the Rosary, but it is not mandated. Prayer though is mandated for the Christian. I suspect one could maintain the traditional order of the mysteries if one wished to do so. In private prayer (not in a communal setting) one could make up one's own mysteries to reflect upon. There is versatility with devotions as compared to official liturgies of the Church. I hope this helps.

In terms of the laity's need to know, no they don't need to know a private communication between the Holy Father and a bishop. They don't even on a parish level have the right to know what a pastor says when he dismisses someone from parish employment or even a volunteer ministry. However, the one dismissed can speak as they please within moral limits. The one dismissed clearly has the advantage. And that's the way it is.

Yes, I agree, there are things that the laity do not have a right to know.

But there are times when pastors, bishops, or popes have chosen not to reveal that which the laity have a right to know. That is the error.

As a member of the lay faithful, I don't feel like I have a right to know about why the Holy Father or the bishop makes his decisions or why the parish pastor does this or that for the parish.

The Church is hierarchical, just as Christ mandated: it's called obedience and the lay faithful have an obligation to be obedient.

Lay people really need to understand their role better and it does not help to start talking about our "right to know". Mainly because we do not actually have that right.

The laity have a right to receive the Sacraments from the clergy (according to the proper rubrics, I would add) and a right to clerical assistance in making spiritual progress. These are the rights of the laity and nothing more. (See Lumen Gentium, paragraph 37).

Lay people are not clergy and do not have a right to demand access to roles within the hierarchy that are not proper to our state in life.

We are not congregationalists.

OBEDIENCE to our Holy Mother the Church and to the Shepherds that She provides for us.

You'd have to give examples. Sometimes there are legal ramifications. I knew of one priest who was involved in litigation concerning someone who felt unjustly let go. The final outcome was in favor of the one let go, but the priest or the "losing" side couldn't by law say anything about it, the confidentiality was a part of the legal settlement.

I am @!#%! sick and tired of hearing people whine about "rights." We have rights ad nauseum and look at where we are... a society that is totally fragmented and distracted, distrustful of one another and of all authority, totally self-indulgent and in obsessive need for immediate gratification, dumbed-down, poorly educated, collective low self-esteem, and suckers for propaganda of any kind. The "laity" doesn't have a "right" to know squat except Mass schedules and when the Confessional is open. Give me a break!

I can see both sides of this. The Church is hierarchical and provides for privacy in communications between the ordained and, of course, the seal of Confession.

However, I also believe the laity have a right, even a responsibility to express their concerns about what they witness and see in their parishes to both their clergy and their bishop.

One example that comes to mind is from another diocese. A priest had been dismissed by the bishop from parish work after he had spent parish money to build an indoor hot tub in his rectory and his secretary had discovered homosexual chat room activity on his computer. After a time away from ministry (and being sent away for treatment for less than a month), the bishop appointed him as an associate pastor at another parish. People in the parish who knew about this priest rallied others to protest and a deluge of letters hit the bishop's office. The bishop changed his mind and withdrew the appointment.

It's a fine line. We don't live in the 19th century (I often wish we did) any longer, and communications media have placed us in a position where we are often privy to information, sometimes things we wish we had not even read. However, once that information is out there, we cannot just unlearn it or ignore it, particularly if it affects us.

That's not what I heard.

It is good that Adams, Jefferson, Madison, et al, did not get sick and tired of hearing people "whine about rights." George III and his advisors did, and look what that error cost them.

Ignotus, we aren't talking about the same thing. get over it.

The POPE dimissed a bishop. What more needs to be known?
The head honcho took care of what needed to be done. It's over. If a travesty was committed, then the bishop can cry foul and rally everyone onto his side.
The craving to know the juicy details is a craving to not be indulged in. While secrecy is the devil's workshop, so is gossip.

There is indeed way too much of protecting 'my rights' going on. Such as my right to terminate my pregnancy (oh and don't waste your breath talking about the made-up post-abortion post traumatic stress disorder stuff), my right to end my life when my disease is too painful or burdensome, my right to do what I want, within the limits of civil law, and not be answerable to anyone..it's a 'free country' after all.
~SqueekerLamb

It looks like we are not agreeing on the topic. The question is not a due process that determines if the bishop did something, he was open about it. There are two questions that should be answered as a form of guidance, not justification, to the body of the Church. First what it was that he did that deserves scrutiny as an offense. Secondly, what degree, if any, that he exceeded that deserves dismissal.

Subsequent questions that would flow from this are "Do I risk some sort of punishment if I openly state that I think there should be women priests?" and "Are all bishops being evaluated in the same manner for similar discipline due to similar actions?"

Transparency should not include details for that sake alone. The forensics would only need to go so far as the proof of the act, that was placed in the public media by the bishop himself, and simple statement of the law broken. Whatever action is taken, or not taken, shows the rest of us the severity of the crime.

I agree with PIN. The media loves to use the phrase, "The public's right to know." Of course they then doctor and spin their delivery in such a way that results in the public not knowing - at least not knowing the truth.
Transparency? Remember when CBS greeted our troops when they landed in Mogadishu? Obama has finally accomplished something; he managed to keep the Osama raid a secret from Patrick Leahy and others who love to leak secrets.