IF MY FATHER ISN'T IN HEAVEN, HE'D BE TURNING IN HIS GRAVE!

Saint Andrew's Catholic Church, Judique, Cape Breton where my father was baptized, confirmed, made his first Holy Communion, his parents were married and buried from, Diocese of Antigonish. The camera in this photo would be standing almost in front of my father's farm house to the left of the camera. 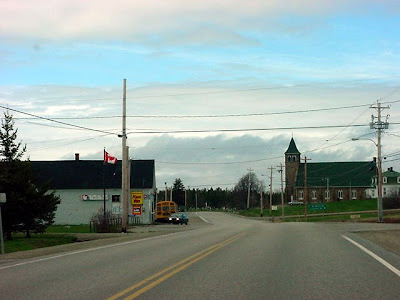 My father is from Judique, Cape Breton which is in the Diocese of Antigonish, Nova Scotia. From my father's farm house back door (the home where he was actually born and it still stands today) you can see the lights of Antigonish across the bay. My father would have turned 101 this July!

Catholicism was very, very strong on Cape Breton and that part of Nova Scotia in my father's day and the Church much respected. I doubt that still exists today, but Nova Scotian Catholics are a faithful group!

This story is shocking, tragic and sad. All the more reason to appreciate Good Friday and Easter Sunday. This man needs it and I suspect we all do! READ ABOUT IT HERE!

Believe it or not there is a "Little Judique" (not to be confused with "big Judique" but right next door) and this is its harbor! 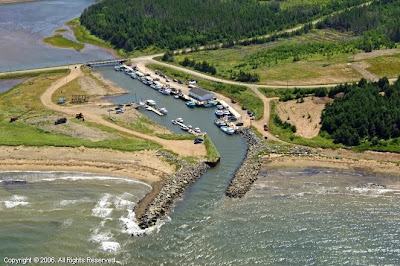 View of the Bay that can be seen from my father's farm house, Antigonish seen across the bay: 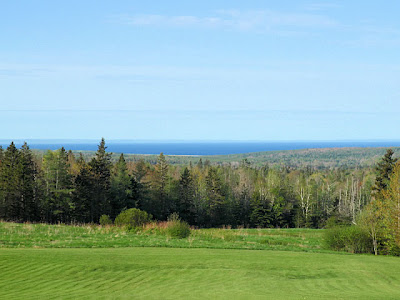 World War I and World War II monument with names of those from Judique who served either the Canadian or American Army during both wars. This is to the side of Saint Andrew's Catholic Church: 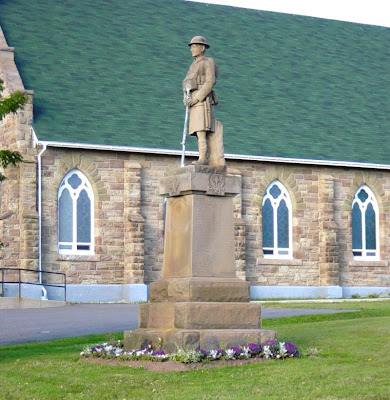 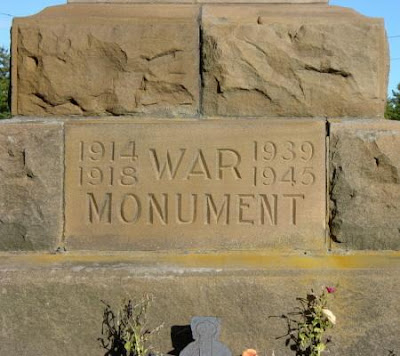 My father's name is inscribed on the monument on the left side, third from the bottom, Donald MacDonald and yes, MacDonald is the correct spelling of our last name, but when he became an American Citizen and joined the army, his name was misspelled on the naturalization papers to McDonald and he tried and tried to get it back to MacDonald but failed. When I was in elementary school he would sign our report cards either way and I would spell my last name either way, but once McDonald's Hamburgers became famous, I liked the famous spelling better! My relatives in Nova Scotia and other parts of Canada and in New York and New Jersey are none to pleased that we spell our last name differently in Georgia and on my father's grave to boot! My father hated his first name because of the redundancy. He was known as "Mac" by his friends and my mother called him that. I thought it was his first name as a child which I thought was Mac MacDonald which I thought was worse than Donald MacDonald. Oh, well! We share the same middle name "Joseph." 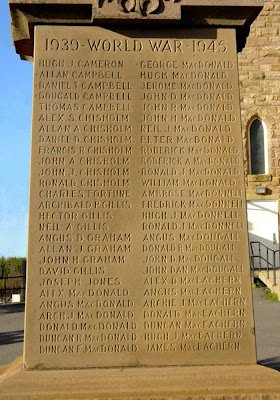 This is a photo of the late Buddy MacMaster and his niece, Natalie MacMaster both world famous fiddlers in the Judique style (Scottish Gaelic). In the very early 1970's and shortly after Buddy MacMaster had moved back to Judique, he and his famous pianist-sister, Betty Lou Beaton visited my father at a friend house when my father and I were visiting Judique. He and his sister played for us privately and it was quite an evening of music. I didn't realize at the time just how world famous he was. His niece Natalie still is. She is from Troy, Cape Breton which is one step over (literally) from my father's barn in Judique! 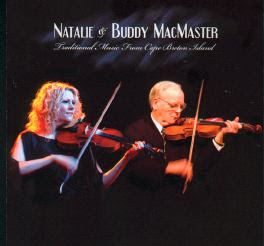 Do you mind getting called Father Mac? We (my family) sometimes refer to you as that, I didn't know if you were aware of that.

I don't mind Fr. Mac at all, it's a compliment!

You ought to spell MacDonald correctly. That means something and is special.

As for the bishop: we should know it will be embarrassing and hurt, but has to be done. If we keep cleaning house it will start to clean itself.

RCG,Then they would have to call him "Fr. Mick." That isn't nice. LOL!

What a beautiful place.

beautiful eh?, "ya" which must be said out loud while inhaling!

NS is awesome. But the snow is nuts. Many people literally tunnel out of the driveway. Great hunting and fishing, though. I'd consider living there.

Buddy Mac Master is still living! And we don't tunnel out of our driveways with the snow! :)