A BISHOP GETS THE AX AND THEN THERE IS ANGST! 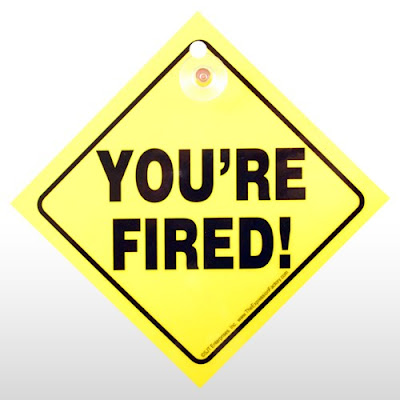 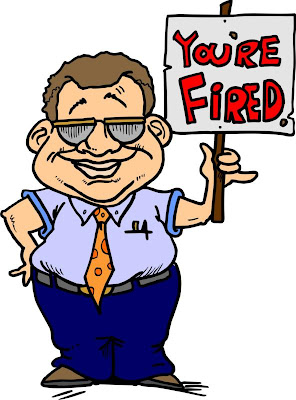 In light of the sexual abuse crisis and what is perceived to have been a lax administration by bishops and their helpers, there has been a call on many fronts that bishops be held more accountable.

I would suspect that this call to accountability would have been welcomed by both right and left leaning Catholics.

In Australia, the Holy Father has recently "fired" a bishop who held heterdox views and actively promoted them, women's ordination in particular. His name is Bishop William M. Morris. Read THE NATIONAL CATHOLIC REPORTER'S REPORT ON HIM BY PRESSING THIS SENTENCE.

But there is angst in Churchy Land. Many on the left believe that there wasn't enough transparency. Evidently they don't believe in confidentiality when firing someone. I wonder how many of these on the left would support total transparency when anyone is being fired.

I don't know the behind the scenes process that led to the Bishop's happy release, but I do suspect there was a process of dialogue that led to an either/or stalemate and the good bishop didn't either do what was asked which led to the or of being fired.

What do you think about transparency and due process? Should it always be an open book?
Posted by Fr. Allan J. McDonald at Wednesday, May 04, 2011

There are a lot more lib bishops and priests that need to get the ax, as well. I hope the Pope continues mowing them down. No, the transparency stuff is nonsense. The fired individual's rights to privacy should be respected, and the Church (or any institution) should have the right to fire someone without a thousand watch dogs barking at their heels. If they think they were mistreated, they have legal recourse or some kind of means for redress.

Due process: No. How long has the Bishop been on Holy Orders? Was the Church position on the ordination of women a surprise to him? He has been in the process for a long time.

Transparency: Yes. The firing is only useful is others know what action caused it.

How difficult is it for the Pope to "fire" a Bishop? Over the years, I have wondered why there haven't been more firings, even of Priests who should be fired but their Bishop takes no action. Transparency is not necessary. After all, the Church is not a democracy.

It is not easy to fire a bishop or a priest. This has become the biggest criticism of the pope in regard to the sex abuse scandal. Ultimately the egregious nature of the scandal has to do not only with errant priests who were not deposed,but bishops who allowed so much to happen on their "clock" either through mismanagement or abdication of responsibility. Issues of accountability are involved.

One would suspect there have not been more firings because the people who hold the responsibility for passing judgment have not concluded that a firing is warranted.

While those of us on the "outside" of a situation may, with little or no knowledge of the facts in the case, jump to a conclusion, those "in the know" do not share our judgments. I, for one, am glad that this is the case.

My first thought was that it must have been a really big thing since the Pope and his aides let so much dissent go on without doing anything about it (it seems). I've been a manager who had to fire someone, and believe me, the general public does not need to know the whole thing.

Here is another source of informationn on the removal of Bishop Morris; http://www.catholicculture.org/news/headlines/index.cfm?storyid=10273