A GOOD HISTORY ON THE VERNACULAR IN THE LITURGY 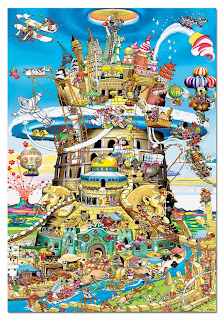 At the end of his lengthy Adoremus Bulletin article on the new translation of the Mass, Father U. M. Lang writes the following:


From a historian’s perspective, it would seem obvious that the introduction of the vernacular, especially in the Liturgy of the Word, was a necessary step of liturgical reform.

However, I should also like to note that what the postconciliar development has gone far beyond the provisions of Sacrosanctum Concilium. Today we find ourselves in the situation that many Catholics can hardly sing the Ordinary of the Mass in Latin or pray the Pater noster together. It is ironic that this should be the case in an era characterized by globalization and unprecedented mobility. A common liturgical language provides a bond of unity between peoples and cultures. For that reason a relecture [re-reading, review] of the Conciliar documents is required according to the “hermeneutic of continuity”, which Pope Benedict XVI presented in his epochal discourse to the Roman Curia of 22 December 2005 and which he has since then put into practice in word and deed.

While every effort should be made to revive the unique spiritual and cultural heritage, which we have in the Latin liturgy, we must also work to develop a vernacular “sacred language” that is worthy of its name. The new English translation of the Missale Romanum of 2002 (2008) is a decisive step on this way. This new translation unlocks the treasury of the Latin liturgical tradition and priests should do everything they can to help the faithful entrusted to their pastoral care to become familiar with it and to appreciate its richness.

Adoremus good, but long article by Father U. M. Lang on the history of the vernacular in the liturgy and how the Church has now developed yet another translation of the English Mass is worth reading in its entirety. Read it by pressing this entire sentence!
Posted by Fr. Allan J. McDonald at Saturday, September 04, 2010

Father Lang is an excellent source for understanding why and how we got to where we are today, I have always enjoyed his insights. He presents the facts without a lot of wailing and nashing of teeth.