WHY IS THE MEDIA GOING AFTER THE VATICAN AND POPE BENEDICT? BECAUSE IT CAN AND WE'VE MADE IT EASY FOR THEM 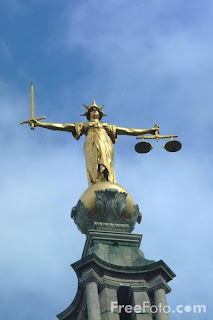 In the post below about "subsidiarity" which means handling issues at the lowest level possible, it seems to me that if the Church were so structured that bishops had the authority to set up tribunals for trying cases of priestly sex abuse as bishops have done with setting up tribunals for marriage cases, that all cases would be seen as local cases not linked to a broader "conspiracy of secrecy" initiated from the top down--that is from the Vatican down.

For example, we are told by sociologists who have studied the issue, that sexual abuse of minors is just as high in the married clergy as in the celibate clergy. The main difference being in Protestant and Jewish circles, the majority of teenagers abused are female whereas in the Catholic priesthood, the teenagers are primarily boys thus causing more interest from the media--they don't really care about girls being abused. In terms of true pedophilia, no matter the clergy, multiple numbers of either boys or girls are abused by single miscreants. The statistics are even, maybe lower for the priesthood in terms of true pedophilia.

Why is the Catholic Church singled out for investigative reporting and public humiliation? It is because of our centralized authority, with bishops keeping scrupulous files on priests and some cases being referred to Rome. Reporters would have an impossible time doing investigative reporting on Protestant or Jewish problems because they are not centralized as we nor keep copious files on their ministers and rabbis. There is no trail of evidence in other words.

Do Protestants or Jews have this system or record keeping on their clergy? No, for the most part. Congregational Churches who have no further authority than their "board of deacons" or "vestry" don't keep lasting files on their clergy. If the clergy commits sexual abuse, it is doubtful that the authorities will be called because no congregation wants that kind of publicity for their congregation, it could put them out of business. Even members who were abused would sympathize with their congregation and not want law enforcement to enter the picture and complicate matters by making it a public scandal. So the minister is deposed quietly. He then looks for another congregation and of course there is no record of his misdeeds and the abuse cycle continues. So the Protestant minister continues to find new ministerial appointments on his own. The problem with our past dealing with priests who abused is that the bishop did the reassigning. In both situations you have the cycle of abuse perpetuated, but in the Catholic instance, you have a smoking gun in the bishop who reassigns. The press is not going to go after particular congregations who didn't warn other congregations about the abuse they knew of.

Perhaps those who are Episcopalian, Methodists and Lutherans can comment if permanent files on clergy are kept anywhere that could be later subpoenaed in a court case? I doubt they exist, but perhaps in those Protestant Churches that have a more structure hierarchy there is such file keeping. I don't know.

Is one way for the Catholic Church to deal with sexual abuse by clergy to make it local rather than universal? By this I mean:

1. When an accusation is made or a problem discovered, law enforcement is called and they do an investigation. If the statute of limitations has expired, the local diocese does an investigation.
2. Following the civil investigation and conviction, the local diocese begins a canonical procedure that is similar to a marriage annulment where a tribunal gathers the facts, makes a decision and then sends it to a higher court in the Metropolitan region that can order "laicization." It needs no further adjudication from Rome except in the most exceptional cases. The same for an internal investigation when the civil law statute of limitations has expired--same canonical tribunal.
3. All of this, of course, in the public domain with results announced.

Why should Rome be involved in every case? What we need from Rome is clear, concise Canon Law on this that protects children but also gives due process to the accused. But why does the "trial" need Roman adjudication? It is rarely needed in marriage cases, except for Petrine Privilege and appeals to the Roman Rota.

What this would then do is make the local dicoese a "congregation" in the Protestant sense where subsidiarity is at work and there is no semblance of some kind of international conspiracy to hide things from the highest level. The pope then is not implicated in every case involving a local priest.

Just my thoughts. What are yours?

Finally, it must be made clear that when a priest is laicized, he is still a priest. Once validly ordained, one is ordained forever--an indelible "mark" so to speak is on the soul that cannot be removed. The same is true for Holy Baptism and Confirmation, you can't unbaptize and unconfirm someone validly baptized and confirmed even if they are "excommunicated" they're still Catholic! So in an emergency when there are no other "legal" priests to be found, a laicized priest can hear a confession and offer the anointing of the sick and the other last rites associated with a dying person.

So in many ways, when a bishop suspends a priest or removes him from active ministry through non-assignment, the same thing is accomplished as in "laicization."

But believe me, if that monster Fr. Murphy from Wisconsin who abused deaf children was still alive, but laicized and out of prison and I happened to collapse on the side walk and he was passing by and saw me and asked if I was a Catholic and I recognized him because of his notoriety, I would not hesitate to ask him to hear my confession and offer me the last rites and I would be grateful to God the moment I died on that sidewalk that the laicized, miscreant priest assisted me at the hour of my death. What about you?
Posted by Fr. Allan J. McDonald at Wednesday, April 07, 2010

That would be fine except for the fact that "subsidiarity" would soon become de-centralization on a large scale, weakening the Pope, the Magisterium, and playing right into the hands of our secular critics and enemies. How about simple "uniformity?" It is also easier to say and spell. Uniform rules and enforcement from the top down. Once you make it a "thing" by giving it a fancy name and wheels, it becomes a tool and a weapon...sort of like "Egalite," if you get my drift....

Fr McDonald said: "For example, we are told by sociologists who have studied the issue, that sexual abuse of minors is just as high in the married clergy as in the celibate clergy. The main difference being in Protestant and Jewish circles, the majority of teenagers abused are female whereas in the Catholic priesthood, the teenagers are primarily boys thus causing more interest from the media"

This goes back directly to my point the other day that the clerical abuse scandal in our church has it's roots in the ordination of Homosexuals, a practice banned since banned by Pope Benedict.

But to your point, I agree your idea has merit, and I agree with your premise, however I think it goes much deeper than that. The media as it exists in America today is not simply reporting news, it is pursuing an agenda, and that agenda is in direct conflict with Holy Mother Church. Changing how we handle such cases of abuse will not stop the media from attacking the Church.

I would point out to my good friend pinanv525 that we already have a word for it: catholic. And when applied properly, it is 'Catholic'. I suppose it depends if one applies it deductively or inductively.

People want to have personal rules and especially personal exemptions from rules. They want to have 'alternative' lives and approaches. It is laughable that they say this so much *gravity*. RCG

Do you know where to find third party source statistics on Protestant sexual abuse from clergy? I've heard that said quite a bit and it would be good to have a third party to refer to, when discussing this with non-Catholics.

Edward, I can't refer to you any third party source. I've copied a Newsweek article on my blog today that might shed some light. When I was vocation director I asked Fr. Stephan Rossetti and his predecessor both of whom run St. Luke in Washington to treat priests, if the cases where higher in the Catholic priesthood and if celibacy was the cause. They said it was no higher statistically amongst Catholic priests and married Protestant ministers, perhaps higher amongst the married ones. The problem they said is media reporting and bashing and that our cases revolve around homosexual abuse of teenage boys. But heterosexual abuse of teenage girls is not as "sexy" for the media. In both cases, either homosexual or heterosexual abuse, the issue isn't the orientation but the immaturity of the persons committing these acts. For bishops if a candidate exhibits some homosexual tendencies (perhaps never having even acted out) their should be ways to test their maturity and help them to mature. I wouldn't rule out someone with homosexual inclinations, but I would be very scrupulous in screening them and assisting them in sexual maturity issues.

go to StopBaptistPredators.org and look under News archive heading. there are cases going back to 2006. there are over a thousand cases on this website.