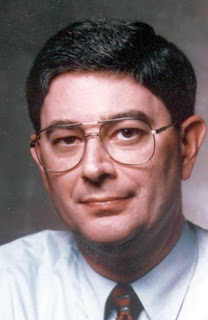 FIRST: Comment by Discover News about George Weigel and then his essay below. Can you imagine though the mess we would be in if we didn't have blogs and the internet, only the mainline press to distort and destroy us? Thank God for the internet and for blogs!


George Weigel on the Vatican and its Antagonists, by Bruce Chapman

Few Americans know the Vatican better than George Weigel, whose many books include the authoritative biography of Pope John Paul II, Witness to Hope. Like many Catholics--and non-Catholics--Weigel is upset about the revelations of cases of sexual depredation of priests.

More than other commentators, however, Weigel was alert to this topic eight or nine years ago when scandals were first revealed in the U.S. Back then he nudged the Vatican hard to get involved and promote stringent reform. The effort seems to have succeeded here, but is now needed in Europe. Pope Benedict XVI is directly engaged on the topic, but the relevant office at the Vatican's Congregation for the Doctrine of the Faith is still overburdened.

Meanwhile, there is a strange drive to blame the pope personally for the failings of a small minority of priests. The pope--formerly Cardinal Karl Ratzinger--actually has been a force for reform all along and deserves credit, not brickbats. Oddly, the liberal forces that advocate license in nearly all fields, and whose predecessors promoted the therapeutic rehabilitation theories that got the Church and other institutions into trouble in the 60s and 70s, are the ones most vehemently pursuing the Vatican now. Oddly, too, they are exaggerating the incidence of Church scandals while ignoring more common cases elsewhere in society.

It's impossible not to conclude that the object for many is not only punishment of sexual predation, but discrediting the Church's powerful worldwide voice for morality. Is it the Church that is hypocritical, then, or certain of its antagonists?

Weigel's recent guest article in the Philadelphia Inquirer is more insightful on all this than what we are seeing elsewhere.
Posted by Bruce Chapman

Church gets an unfair rap
Pope has been at forefront of change.

George Weigelis distinguished senior fellow of Washington's Ethics and Public Policy Center and the author of The Courage To Be Catholic: Crisis, Reform, and the Future of the Church

Whether the victim is a kidnapped sex slave in Thailand, a trafficked child camel jockey in the Persian Gulf states, or a fifth grader assaulted in an American elementary school, the fact that children and young people throughout the world are regularly subjected to sexual and physical abuse is a horror that ought to shock the conscience of humanity.

In the United States alone, there are reportedly tens of millions of victims of childhood sexual abuse. In the years between 1991 and 2000, according to Virginia Commonwealth University researcher Charol Shakeshaft, 290,000 students were sexually abused in American public schools. Worse yet, studies indicate that 40 percent to 60 percent of sexual abuse takes place within families - often at the hands of second husbands or live-in boyfriends.

Throughout the world, children seem to be the principal victims of lawlessness, wanton cruelty, the sexual revolution, and the hookup culture that treats sex as a contact sport: one in which everyone, of any age, is a potential player.

Catholicism has cleaned house in America, where the church is likely the country's safest environment for young people today (there were six credible cases of abuse reported in 2009: six too many, but remarkably low in a community of some 68 million members). Now, the church has begun to scour the Augean stables of Irish Catholicism. A March 20 letter to Irish Catholics from Benedict unsparingly condemned abusers and sharply rebuked bishops who failed to take these problems in hand decades ago and who covered up abuse; no one should doubt that a major shake-up of Catholic leadership in Ireland is coming.

Yet the global story line of the last several weeks is that the Catholic Church is an ongoing global criminal conspiracy of sexual abusers and their enablers, centered in the Vatican.

That the church has too often failed to address past problems of abusive clergy has been frankly admitted by everyone from Popes John Paul II and Benedict to the U.S. bishops in 2002. In 2001, the Vatican put in place new measures that enabled the Congregation for the Doctrine of the Faith (led by Cardinal Joseph Ratzinger, the future Benedict XVI) to deal more swiftly and decisively with clerical abusers. Those procedures are fully operational, and Benedict is determined to make them work - and to change any remaining sectors of the church that resist dealing with the church's "filth."

Recent reporting on Catholic sexual-abuse problems, however, has frequently been factually inaccurate and irresponsible.

It is charged that the church threatens whistle-blowers with excommunication; that is not true.

Prominent news organizations report that Cardinal Ratzinger blocked sanctions against a Milwaukee priest who abused deaf children in his care; that is not true.

Contingent-fee lawyers with a direct, financial stake in abuse cases (and in bringing the Vatican's resource within firing range of U.S. liability law) are cited as credible sources by newspapers that once knew what a disqualified source was.

Meanwhile, there is precious little investigative reporting on (much less cartooning about) sexual abuse in public schools, which is demonstrably far greater than in the Catholic Church.

To be sure, the Catholic Church ought to hold itself to a higher moral standard than other similarly situated institutions. But after too long a period of denial, the Catholic Church is now at the forefront of combating the sexual abuse of the young in the United States. And no one in the church has done more, over the last decade, to compel the sclerotic institutional culture of the Vatican to face these problems than Joseph Ratzinger, Pope Benedict XVI.

These are the facts. Thus the concern naturally arises, on this Easter, that those who continue to portray Catholicism as a global conspiracy of sexual predators are indulging in the last acceptable prejudice, anti-Catholicism, while aiming at nothing less than the destruction of the Catholic Church's credibility as a global moral teacher.
Posted by Fr. Allan J. McDonald at Wednesday, April 07, 2010

Wiegel really spoke at St Joseph? How did I miss that? Anyway, I'm sure he'd be a very enlightening and entertaining speaker. Although I do not agree with everything he writes (which is probably a good sign) I agree emphatically with what he has written in this piece.

Wiegel spoke at St. Joseph? I can't believe I missed that. I imagine he is a gifted speaker.

I do not always agree with the things he writes (which is probably a good sign) but I agree 100% with what he has written in this piece.

It is good to hear that then Cardinal Ratzinger took firm steps. I am not surprised, but it is good to know so sources can be cited. It is also interesting because it presents a fascinating situation to see how an organisation like the Church deals with distributed leadership while not having firm control, as yet, over the ethics and values of the leaders. This, I suppose, is at the core of the "subsidiarity" issue.

It also shows the problem of initiative with discretion. When I was a child my mother had the knack of telling me to clean my room even as i was in the process. It always took the satisfaction from it. Poor Pope Benedict can't win for losing: he acts firmly and discretely with adults, yet is assailed for not making a show of it back when he started.