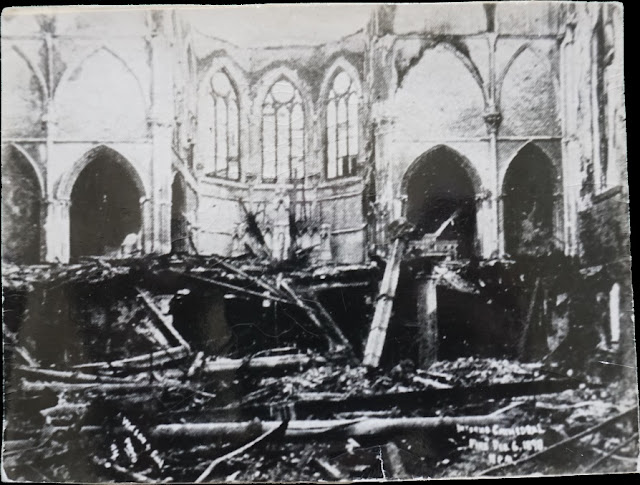 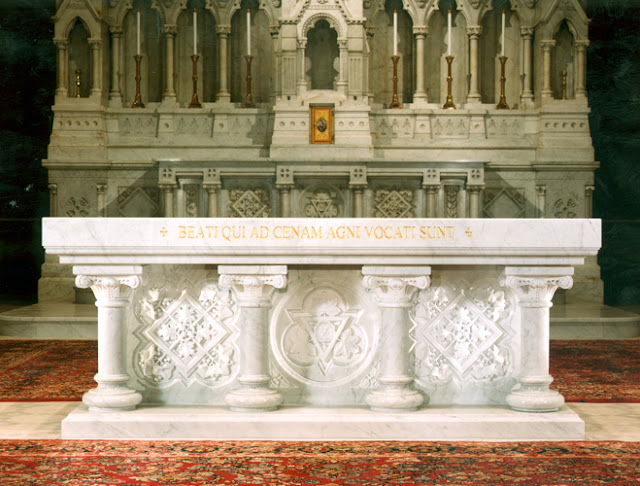 When I was stationed at the Cathedral from 1985 to 1991 as the associate pastor, as we were called back then, rather than parochial vicar, I was not in favor of the return of the Latin Mass or even having some of the Mass in Latin. Bishop Lessard encouraged me to make sure we used the Jubilatio Deo Mass parts in Latin at the Cathedral's 10 AM Mass which featured the men's choir.

I told him no one sings it and we have so many tourists at Mass that they are perplexed too.

In addition to that, Bishop Lessard consulted with the chancery staff at the time, of which I was a part as Diocesan Director of Liturgy, if we should implement Pope John Paul's liberalization of the use of the Tridentine Mass. I was opposed to it. I said, why don't we just do the "new" Mass in Latin and ad orientem, wouldn't that be enough????

Flash forward to 2007 and I am all in favor of the EF Mass being celebrated has Pope Benedict indicated in Summorum Pontificum.

Flash forward to 2016 and I start celebrating the Cathedral's EF Mass once a month on a rotating basis.

Flash forward to December 8, 2019 and I am the priest-celebrant of the Solemn Form of the EF Mass with deacon and subdeaon and using the Cathedral's high altar for it, which hasn't been used for Mass in about 50 years or so.

The high altar, unfortunately, has become a flower and decoration pedestal and reredos for the new altar which is beautifully crafted and is exactly the same design and facade of the old high altar.

I will remember all those Cathedral bishops and priests who celebrated Mass at this high altar since the late 1800's. Eternal rest grant unto them O Lord. Requiem eternam.
Posted by Fr. Allan J. McDonald at Sunday, December 08, 2019

Great testimony Father. How about an updated post about WHY you have changed your mind about the EF?

Pray for revelation of why this gift is given to you. You were pulled in this direction dramatically and against a strong tide. Moreover you did it with little collateral support that was not of your own making. Job and Saul were redirected. I am impressed that God sees fit to guide you this way. Perhaps some modern Nineveh needs you. We are in thrilling and terrifying times.

The heading picture is excellent! What a great occasion for you and your diocese’s cathedral! I hope you have more pictures to share.

Father, my wife and I where at the cathedral today for the one and only true mass and the holy sacrifice of the mass touched me to the core of my soul. It was beautiful and made me cry to think that all this beauty was destroyed by the modernist.

He novus or do mass is sad and it reminds me of what Protestants must sit through every Sunday. That’s right it was the plan of Annibale Bugnini and his ilk that created this ugly and sad service that Catholics today call and mass.

"Father, my wife and I where at the cathedral today for the one and only true mass..."

And there you have precisely the kind of thinking, possibly heretical, that leads the vast majority of folks to reject traditionalism. It leads to just think kind of woefully uninformed and erroneous thinking, exhibited by may traditionalists.

The EF is spirituallly, theologically, and aesthetically superior to the Bugnini “have it your way” burger. The OF is valid, but not much else. To borrow a phrase from one of your heroes it should be “safe, legal and rare.”

As for the "one and only true Mass" (?), well, no such thing. Eastern rites of the Catholic Church have their own version of the so-called "one true Mass." Sounds kind of heretical indeed to say "only one true Mass"---kind of Protestant?

On a different topic, Georgia may have made history last week when the governor appointed Kelly Loeffner to the Senate. No, not because she is a woman---Georgia had one briefly in the 1920s, another fill-in, but she is Catholic. However, I wonder if she was trying to hide that in her announcement speech as instead she portrayed herself as a "devout Christian" (which probably most Georgians would assume to mean "fundamentalist" or some other type of Protestant)? I don't think Georgia has ever had a Catholic senator before, but if so, I stand to be corrected.