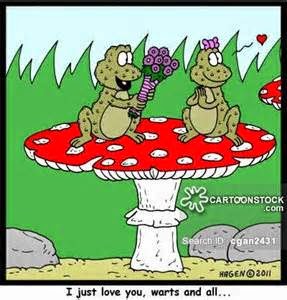 I suspect that Catholics who blog and read blogs are in the minority when compared to the number of Catholics who attend Mass every Sunday and strive to practice their Faith in the marketplace.

For the most part, I think these practicing Catholics are not cynical about Catholicism and appreciate the graces they receive from being Catholic and energized by the Holy Spirit in the Sacraments.

Off and on I've begun to think about the time when I will stop blogging. Right now, as I don't have too many hobbies, actually none now, blogging is a hobby for me and somewhat therapeutic. I can't believe how many people actually look at it, read it and make comments.

Although I can certainly appreciate the calls for reform in the Liturgy of the Ordinary Form, I must say that I love the Ordinary Form, its flexibility in terms of style and music and how it does in fact nourish the Faith of the majority of Catholics who regularly attend Mass.  Would I like to be able to tweak this, that or the other? Yes I would and if nothing else, I would mandate the chanting of the  Propers (or saying them in a spoken Mass) and kneeling for Holy Communion. The latter would be the most significant reform of the reform or restoration bar none and would recover a sense of the sacred at the moment of Holy Communion that is not present for many people (not all of course) who stand to receive.

I watch our school children receive Holy Communion in the hand and I know intuitively that they do not have the same sense of awe and reverence that I had at their age when I approached the altar railing and waited for the priest to offer me Holy Communion. My belief and reverence for Christ in the Sacrament stems from that formative period.

I also love the Extraordinary Form of the Mass and wish more people in my parish would want to have it. I would love to have it each Sunday, but there simply isn't the number here who would want it each Sunday and to replace our OF 12:10 PM Sunday Mass with the EF Mass would see a church that is now more than 3/4 full for Mass dwindle to below 1/3 full if not less.

The hope for the future of the Liturgy resides in the Ordinary Form celebrated with Extraordinary Form reverence.

Overall, I am most positive about the Church, her history and I love her warts and all!

Thank you, Father! Your love for the Church is clear, and that is a big part of why your readership is so high.

God bless you and may you have a fruitful Advent.

On the other hand, some say that many or most Catholics select the Sunday Mass they attend by the time it's scheduled, rather than by the kind of Mass it is.

So perhaps your church would be 3/4 full for any noon Mass on Sunday, be it good bad or indifferent. But 1/3 or less full for any 2 pm Mass, however great.

Thank you for this Father. You raise some valid points, especially that it can turn into gutter-sniping, that the MAJORITY of Catholics do NOT read blogs, and for reiterating Benedict XVI's ardent desires and wishes.

Might I also add that the blog is a neutral weapon for the faith. In the hands of people with high levels of cynicism, deep-seated issues, and agendas, they actually become weapons of the Devil, spreading gossip, calumny, and harming those who do frequent the Internet, possibly even making those in faith become Radically Traditionalist (read: the wrong kind.) In the hands of someone like yourself, who does not stoop to such levels, it becomes a vital tool for the faith, shining light on the darknesses of the World, and even in the Church.

Thanks for putting things into perspective this week, when the blogosphere has been a little dark as of late, just in time to welcome our Blessed Lord on Christmas Day. Pax.

Well, if a regular 1210 became an EF and attendance dwindled to 1/3, those who "left" would attend a different Mass, so the net impact to them would be zero. On the other hand, those 1/3 who would attend regularly would gain from the exchange as they would have access to something weekly that they only get monthly (or less) now. That would be a positive. And who knows, if it was available weekly attendance may actually grow as those who are now reluctant would not feel so put out by the uniqueness. You can't grow what you don't plant.

I am one of those Catholics who read several blogs regularly. This is one of the best posts that I have read. I have attended some EF Masses and have enjoyed revisiting the Latin that I grew up with. However, as I investigated many groups that want a total return to the pre-Vatican II church, I have been saddened by their lack of appreciation for the current Mass which communicates something sacred to me that I never found in the Latin. I am also disheartened by the negative comments about Pope Francis by some of the bloggers and commenters. I personally have found my faith revitalized by much that he has said and written.