POPE FRANCIS IS A MORALIST, SOMETHING POST-VATICAN "INTELLECTUALS" DON'T LIKE! 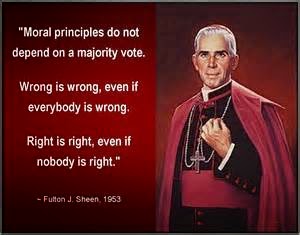 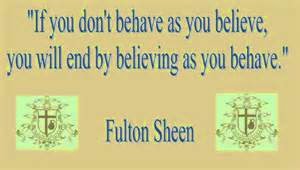 I was listening the "Conversation with Cardinal Dolan" on satellite radio on Saturday, but taped this past Tuesday. There was an interview with an Englishman or maybe he was Irish who has just written a biography on Pope Francis. I can't remember his name or the title of the book now, but evidently it is well worth reading. He was very articulate and they even spoke of Pope Francis' dress down of the curia this past Monday. Cardinal Dolan was quick to note that the 15 points Pope Francis made were directed to everyone in the Church, but specifically to the curia and even to His Holiness himself. That is important to keep in mind. It was the conclusion of Advent and thus the "dry run" to the Final Judgement and the examin that takes place before God, which I suspect will have more than 15 points!

As a moralist, Pope Francis is constantly calling everyone in the Church to conversion, a change of life, an examination of conscience. And Pope Francis is like one of those  men who stands on Bourbon Street in New Orleans trying to get the passersby to come into the establishment. Not only are Catholics talking about Pope Francis, but Protestants and non-believers. The world is fascinated with the man and he has given a gentler face to Catholicism in some ways but also has given fire and brimstone in other ways.

Catholics are to be obedient to the Pope in the areas of Faith and Morals. Pope Benedict spoke more about the Faith in terms of doctrine. Pope Francis speaks more about morals and moralizing. He has spoken more about the devil and his temptations. He has warned the mafia that if they don't repent they will go to hell and he uses the word hell and eternal damnation to describe what will happen to them! But he has said the same thing to rank and file Catholics at his daily Mass asking who do they follow the devil or Christ, each have a final eternal destination! It all hinges on lifestyle and sin. Unrepentant sin deserves damnation. The repentant sinner does not deserve or merit salvation but is given the gift by a gracious God in Christ.

This may puzzle some who think Pope Francis is about to sell out the Church's morality for something bogus as it concerns sexuality, marriage and divorce. It remains to be seen what will happen, but I doubt seriously that a moralizing Jesuit pope will water down Catholic morality in any area but he might well make conversion to Christ easier for some sinners, a carrot and stick approach, if you will.

John Allen has a good summary on The Top Five Over-Covered Vatican Stories of 2014.

The following is very insightful:

On the subject of media coverage, Christmas 2014 offered an object lesson in the difference a pope makes in the way some awfully strong medicine goes down.
In brief remarks on Friday for the feast of St. Stephen, the pope complained of a “fake sugar coating” that sometimes comes with Christmas, and this year no one can accuse him of not doing his part to rip it off.

During the two traditional rhetorical peaks of the Christmas season — the pope’s annual address to the Roman Curia, the senior officials of the Vatican, last Monday, and the Christmas Day Urbi et Orbi message, to the city and the world — Francis delivered some old-fashioned fire and brimstone rather than holiday cheer.

On Monday, Francis took the mandarins of the Curia to the woodshed, ticking off a catalog of 15 spiritual diseases with which he believes they’re at times infected, including the “terrorism of gossip” and “spiritual Alzheimer’s.”

Granted, Francis wasn’t entirely negative. He thanked people for their hard work, and at one point joked that priests are like airplanes — they only make news when they fall, but most are still flying. He also tried to show concern for his staff by scheduling a separate session with employees of the Vatican City State and their families, something popes haven’t done in the past.
Still, the overall thrust was rightly taken as a fairly stinging indictment.

On Christmas Day Francis turned his ire to the world, blasting it for “complicit silence” and a “globalization of indifference” to a whole laundry list of ills, beginning with the abuse and exploitation of children and the “brutal persecution” currently underway in Iraq and Syria.
The pope became visibly emotional discussing the suffering of children, saying, “Truly there are so many tears this Christmas, which join the tears of the child Jesus.”

Media coverage of both performances was enthusiastic. The Curia speech was hailed as a reformer speaking truth to power, while the Urbi et Orbi was seen as a classic statement of Francis’ compassion.

While the speeches were masterfully crafted to ring bells, it’s worth pausing for a moment to ponder how reaction might have played out if it had been a different pope who said these things — for instance, had it been Pope Benedict XVI.

(For the record, Benedict easily could have given either speech. In 2005, he famously penned a Good Friday meditation about the need to confront the “filth” in the Church, and of course he suffered through the tawdry Vatican leaks affair, so he yields to no one in grasping the need for a housecleaning. He’s also passionate about the suffering of innocents and social justice, in part reflecting a family legacy of involvement in populist Bavarian farmer and labor movements in the 19th century.)

Had it been Benedict XVI, there’s a good chance the take-away might have been, “What a downer!”
Images of a tired, isolated, and defensive pope offering an increasingly bleak and hopeless diagnosis might have been framed, and it’s not much of a leap to imagine words such as “apocalyptic” and “pessimistic” featuring prominently in much commentary.
Yet because few people are inclined to see Francis in those terms, even his harsh rhetoric somehow comes off as uplifting and inspiring.

To put the point differently, Pope Francis now occupies a fairly unique spot on the global landscape as a high-profile public figure who can deliver bad news without it being written off as sour grapes. Some of the drama of 2015 may rest in how he chooses to spend that capital.

My Final Comment: While there is continuity between Pope Benedict and Pope Francis, Pope Francis gets away with harsh rhetoric while Pope Benedict would not have been given a pass and would be dismissed by the press. In fact, the press seem to cease to cover Pope Benedict altogether. We can't say that with Pope Francis.
Posted by Fr. Allan J. McDonald at Sunday, December 28, 2014

I think the reason Pope Francis gets ripped to shreds over this is merely the timing of the address. If this very same address had been delivered during say the beginning of Advent, it would have been ignored ala Pope Benedict XVI.

I can say this about Pope Francis, when he's on, he's dead on, when he's off, he's really far off. He's definitely an absolutist when it comes to speaking....but I do wish he'd speak less....As the old saying goes, think twice, speak once.