MONARCHY AND THE CHURCH AND PAPACY 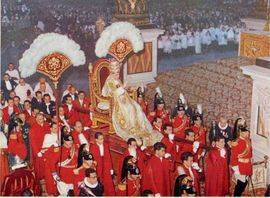 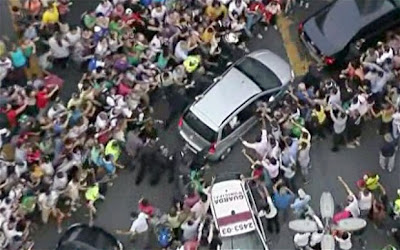 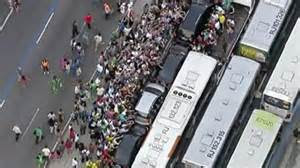 There is a lot of hoopla concerning the birth of a baby, not the infant Jesus, but the new heir to the throne of Great Britain, His Royal Highness, Baby Cambridge. Of course he is the third in line, his great grandmother has been queen longer than I've been alive, for 60 years and will live to be 100 and her successor, her son will live as long too as will his son. So this son doesn't have a chance in hell of becoming king anytime soon.

But the world is fascinated with the trappings of monarchy. And we see this at a time when the current papacy is ridding itself of the images of the court and becoming quite boring and pedestrian, but the novelty of this shift from the trappings of monarchy to that of the street person is of passing interest and fascination and will be for the short term. In other words, Pope Francis shift from the glories of monarchy rooted in biblical imagery to that of the faux royalty of celebrity like that of a rock star or movie star is not going to serve the Church or the papacy well in the long run!

I hope Pope Francis diminishment of the imagery of royalty and that all of us are a part of the royal family of Christ our King and are invited to live forever in the Kingdom of Heaven as we participate in our kingly ministry of making known this kingdom on earth (thy kingdom come, thy will be done on earth as it is in heaven!) is a temporary blip in the history of the papacy.
Posted by Fr. Allan J. McDonald at Tuesday, July 23, 2013

My guess is that it's a bit more complicated than that. People are drawn to the Royals because they're rich, famous, and glamorous, but you can sy the same of Hollywood stars. With the Royals there are the additional draws--and this is an important lesson for Catholicism--of ceremony, with its ancient trappings, and the fact that these people are either born into it or else chosen individually for it. There's a sense that they're somehow special.

Thus, the pope should revive the ancient trappings (e.g., the tiara). If people get this interested in an earthly monarchy, then why not direct their interest to a monarchy representative of that of heaven, a monarchy that is _certainly_ special?

And this can and should be used evangelically. A lot of people propably came to see/hear Christ based on their expectation of free food, or being healed, and a lot of them probably left afterwards, but some stayed for the substance.

"I hope [all this] is a temporary blip in the history of the papacy."

Noli timere. Be not afraid. The restoration of the Church is already written on the wall, in the current generation of faithful young priests and seminarians who will effect the biological solution to current miseries. It is they, rather than a single passing papacy that temporarily stirs memories of past decades, who represent the future.

I feel so mixed about all of this. I love the imagery and pomp, but if the pomp is misinterpreted by the world, then it can get in the way of the message. Remember, the pope is most interested in how it looks to those on the outside, not use liturgists within. We know the true meaning of the monarchical symbols. The world doesn't. The pope wants to go out the peripheries and communicate with them. He doesn't want to be self-referential.

Moreover, the pope is the successor of the fisherman, not the emperor. That is true. Thus, while Pope Benedict did try to revive the monarchical trappings of the papacy, he seemed to do so only in liturgical settings. Apart from then liturgical acts, he did not emphasize monarchical imagery. In fact, he tried to do some of his own business, carry his own stuff, and even tried to get people to stop kissing the fisherman's ring. Outside of the liturgy, Benedict often wished to eschew the shoulder cape on his white cassock, for instance. However,Papa Emerito yielded to the wishes of his handlers. They kissed the ring; he wore the cape. It was in the liturgy that Benedict valued the monarchical symbols and made liberal use of them.

It seems to me, that, outside of the liturgy, the main difference between Pope Benedict and Pope Francis is that Francis has a stronger, more determined personality. Benedict said no, then gave in. Francis said no, then doubled down.

Our Pope is still learning what it means to be Pope. On one extreme we have a monarch that is isolated by his comforts. On the other extreme, you can have a pauper priest who can only aid the poorest among us one-by-one, hoping that his example will spread in the years ahead. I am not a monarchist, but if I were, I would hope for one like the Henry V of the eponymous play. He preferred to be among the common, and would move among them when he could. But separation was not by his comforts, but by his duties. Christ was dearly loved by the disciples and I bet a significant part of it was his pleasant company and the connection he had with the common man. But He knew his duty and didn't shirk it just to be one of the boys. Francis is not Pope because we need someone to spend our money on, neither is he Pope because he should, or even can, feed a single poor person. He is the figure head that represents the best of our aspirations that we dare to approach God, yet in the fullness of humility. He is the symbol to the world that the people of Holy Mother Church desire to act for God in this world. Those actions are a billion breezes in countless directions, not ordered, but sent. What will the poor do when the Pope returns to Rome if they expect their food to come from the Church, or even nations, if they will not look to God for the strength and humility to act on the things they need?

Some think the purpose of the liturgy is to teach or to improve societal conditions, in which case how it looks to the world would be crucial. But there is a quite different view:

"As speakers listed the fruits of Sacred Liturgy they emphasised also that we cannot instrumentalise the liturgy. In other words, as soon as these benefits become the primary goal, supplanting the worship of God as our purpose, we do the liturgy 'violent' injury and, presumably, the fruits are not realised either. Bishop Sample of Portland, Oregon put it as follows : 'Liturgy is not a means to pedagogy or evangelisation although these are the fruits.'"

It was after the First World War, when so many of the European monarchies fell, that Pius XI established the feast of Christ the King.

There is another reason for all of the[is so-called pomp - the heavenly liturgy as well as the predecessor liturgy of temple Judaism. In the divine Liturgy (Mass) of the Byzantine Rite, everything is ordered to remind you of the heavenly liturgy, with the many eyed cherubim, six winged seraphim, the incense at the heavenly altar and the cloud of witnesses. The pomp of the Latin Rite is also a vestige of this understanding. It serves to remind you of the glory and majesty of the heavenly liturgy. Stripping away this so-called pomp, combined with the dreadful music found in most Latin rite churches, does not lead one to contemplate heaven. In our Byzantine liturgies I enjoy the acknowledgement of the presence of angels and saints, many of which have been removed in the OF liturgy.

Here is a Catholic site that some of you might be interested in:
http://nobility.org
I would suggest you sign up for their e-mail newsletter(on the main web page)-where
you will get a lot of interesting articles on saints and monarchy.