THE ABSURDITY OF THOSE WHO CAN'T ACCEPT NEW TRANSLATIONS OF THE ROMAN MISSAL, EVEN ITALIANS, NO LESS! 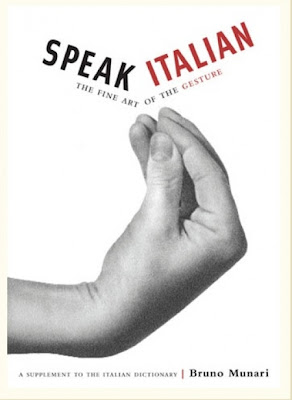 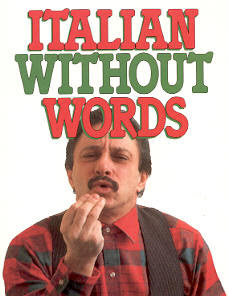 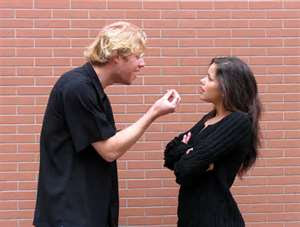 Now, I really can't imagine Italians putting up a fuss about anything! The following is from the Blog, Chiesa by Sandro Magister and you can read his full article by pressing here.

ROME, January 29, 2013 – As the Vatican “recognitio” of the new Italian version of the Roman missal is nearing its conclusion, the dispute over the translation of “pro multis" in the formula of the Eucharistic consecration has seen new developments.

The latest comes from the theologian and bishop Bruno Forte.

In an article in “Avvenire" on January 19, 2013, Forte once again sided decisively with translating “pro multis" as "per molti" (for many), instead of as “per tutti" (for all),, as has been done for more than forty years in Italy and is similarly done in many other countries.

“For many" is the translation that Benedict XVI himself is demanding be adopted in the various languages, as he explained in a letter to the German bishops in April of 2012.

For some time, in effect, the translation “for many” has been returning to use in various languages and countries, at the prodding of the Vatican authorities and the pope himself.

But resistance is also being seen.

MY COMMENT HERE (AND ISN'T THIS REALLY ABSURD!): It has been noted, for example, that in London, in Canterbury, and in other places in England various priests are intentionally modifying the “for many” of the new English version of the missal approved by the Vatican, and saying: “for many and many.”

In Italy, the new version has not yet entered into effect. But when here as well the “per molti" becomes law – as it surely will – protests and disobedience have already been announced.
Posted by Fr. Allan J. McDonald at Wednesday, January 30, 2013

Naturally, we all have the same thought in the back of our minds as to how to rectify this problem.

The use of a single language in the liturgy would go a long way to fixing the dissent that seems to accompany translations.

Naturally, however, ruptures in unity are held in higher regard.

Now we can tell which of the 'tutti' were not included in the 'molti'.

Although I can't seem to find where I read it, I remember the Holy Father suggesting a few years ago that the words of Consecration could be left untranslated from the Latin original of the typical missal, thus avoiding all this silly posturing. By the way, I highly recommend reading "Will Many Be Saved?" as a book somewhat related to this topic.

"Will Many Be Saved?" What is embarrassing is that prominent USA Catholic bishops could endorse this arrogant nonsense.
The new evangelisation will not be helped by a work that lacks magnanimity and depth. People will be brought to Christ by a catechesis that preaches the unimaginagble depths of God's love for every single human person. Unfortunately this a mean spirited narrow reflection. I would argue it is actually not an orthodox piece at all. I recommend instead reading Pope Benedict's writings such as Spe Salvi (English: Saved in Hope), Benedict is a fine theologian not an ideologue

I'm sure you've kept track of the whining over at PTB, too. Even when concluded with "but we're humble so we'll deal with it," most of the posting there seem to boil down to "but they didn't ask MEEEEEEEEEEEEEEEE!"

Indeed, Father Shelton, any priest with objections to the translation can say the whole Mass in Latin, thereby avoiding all these tedious difficulties. In short, if they don't like the translation, why use it?

"Martin analyzes the Dogmatic Constitution on the Church, the document from the Second Vatican Council that directly relates to this question. Contrary to popular opinion, Martin argues that according to this text, the conditions under which people who have not heard the gospel can be saved are very often, in fact, not fulfilled, with strong implications for evangelization."

Therefore, rather than leaving their salvation to chance and theoretical speculation about the "depths of God's love"--and questions none of us can answer with certainty--would not Christian charity (if we take its dictates seriously) impel us to bring the Gospel to those living in ignorance of the fullness of truth that only the Catholic Church possesses?

Hmm . . . This gets interesting. Looking at this book's Amazon page, I see that the prominent bishops who "bishops could endorse this arrogant nonsense" include the likes of Timothy Cardinal Dolan, Donald Cardinal Wuerl, Francis Cardinal George, Archbishop J. Augustine Di Noia, Archbishop Robert Carlson, and the cardinal president of the Vatican's Pontifical Council for Justice and Peace.

And that the customer reviewers all give it 5 stars, except for a couple of 4 stars, and a lone 1 star (evidently on ideological grounds) from one "Mark O'Connor" who claims a firmer grip on Catholic orthodoxy than the afore-mentioned prelates of the Church.

This is perhaps one reason why the Holy Father no longer uses the vernacular for the Eucharistic Prayer. The original ICEL rendering was "for all men". The change to "for all" came in the mid-1970s.

French has "pour la multitude". I had to laugh, though, when a priest came out with "C'est grand, le mystere de la foi, n'est-ce pas?"