THE REMNANT WILL HAVE TO CARRY THE CHURCH IN DECLINE 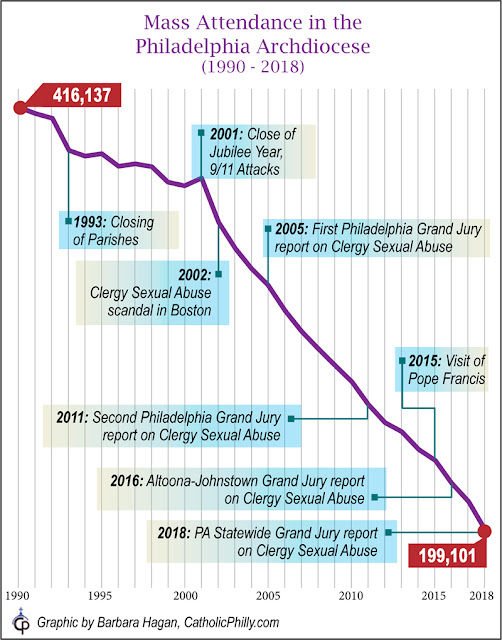 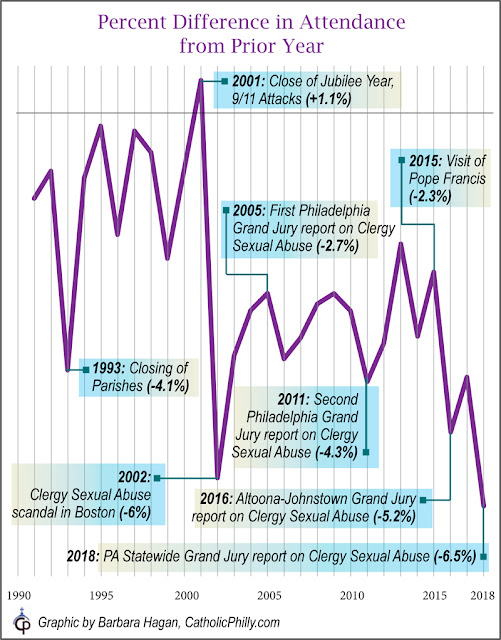 As I have written before, there are two primary reasons why we are where we are today with the decline of Catholics who actually attend Mass or claim to be Catholic.

It has to do with orthodoxy and heterodoxy.

After Vatican II, orthodox Catholics were denigrated as Neanderthal if they did not show obedience to the changes that bishops, priests and nuns said Vatican II taught. Normally these Church officials were speaking of the “spirit” of Vatican II that could not be backed up with the actual documents of Vatican II.

Of course this alienated orthodox Catholics who loved the Catholicism prior to Vatican II. They became ambivalent with the more progressive Church and often disengaged or departed altogether saying the Church left them which was partially true.

After Vatican II, a new kind of Catholic emerged as well, the publicly heterodox Catholic often supported by a variety of Church leaders, bishops, priests and nuns. They believed that if what was thought could not change and Vatican II did change, like the Liturgy, everything could change and we would have a new and improved Church. Rigid orthodoxy, dogma and doctrine were not important but care for the poor became the new sacrament and deposit of faith. Personal conscience trumped rigid morality as it concerned sex, marriage, birth control and the like.

When Pope Paul VI began to back track on the “spirit” of Vatican II and issued Humanae Vitae, the heterodox had the helium punched out of their balloon and they soon became “nones” departing the Church for other spiritual realities.

For the rest of Catholics, keeping one’s head above water with horrible liturgies, the emphasis on the priest and his personality, the sex abuse scandals and the rest of it with a return to the 1960’s in the highest places of the Church, has weakened Catholicism dramatically since 2002.

Perhaps the emphasis on the horizontal, the priest, the congregation and the navel gazing replacing the Divine the vertical and where we are actually called, what our true home really is, has contributed to the way Catholics have handled the crisis and scandals of the last 50 years.

If the Body of Christ without her Head Christ, is the emphasis and the Body of Christ is comprised of compromised sinners, why stay in a Church or parish which glorifies what the people do for good or bad and doesn’t believe in the Real Presence of Christ in the Eucharist and usually because of how Mass is celebrated and Holy Communion is distributed and received?
Posted by Fr. Allan J. McDonald at Saturday, September 07, 2019

The OF - just packing them in!

Question: What happened to the Francis Effect?

This IS the Francis Effect.

You can say it has to do with It has to do with orthodoxy and heterodoxy. I will suggest it has to do with Rosie the Riveter and Gloria Steinem fueled by 1960's grass roots anti-establishment anti Tricky Dicky mentality. Rosie was an attitude, Gloria the political strategist. The Church back then was viewed by the feminists as a bunch of male chauvinist pigs. How many times has women priests come up since the 1960's ? Who are the liberal feminist allies in the political arena? LBGTQ and environmentalists.

"After Vatican II, orthodox Catholics were denigrated as Neanderthal if they did not show obedience to the changes that bishops, priests and nuns said Vatican II taught. Normally these Church officials were speaking of the “spirit” of Vatican II that could not be backed up with the actual documents of Vatican II.

Emeritus Benedict XVI/Cardinal Ratzinger has spent decades informing us about the authentic Vatican II. He has defended and promoted Vatican II's beautiful teachings.

As he has declared countless times, the authentic Vatican II is 100 percent in line with Holy Tradition.

He has stated that Pope Saint Paul VI's Mass is 100 percent in line with Holy Tradition.

Emeritus has informed us that the authentic Council, and authentic Mass of Pope Saint Paul VI, have blessed the Faithful.

"It seems to me that, 50 years after the Council, we see that this virtual Council is broken, is lost, and there now appears the true Council with all its spiritual force.


Remain in communion with our holy Culture of Life Roman Pontiff — His Holiness Pope Francis.

Never forget that God has empowered Pope Francis to teach, govern, and sanctify the Holy People of God. Pope Francis defends and promotes the True Faith.

To hold fast to God's True Church, we must to Pope Francis' Magisterium.

I give thanks unto God for our Holy Father, Pope Francis.

A@9:45 pm, you confirm my thesis. The heterodox thought the Church would change and embrace the heterodoxy of the left you highlight to acquiesce to them in order to be up to date. When that didn’t happen , the heterodox were alienated, disenfranchised and eventually became nones.

The one problem with the orthodoxy versus the heterodoxy is that it does not mention the third group. That group didn't believe in either. To them the Church was a useless old institution that the world would be better off without. That group was larger than either of the other two groups, and politically savvy. They knew how to chip away at something. They knew how to eliminate something through committees. They were good at orchestrating mud slinging and slander. They knew how to shape public opinion. They knew how to form political alliances. The feminists and the LBTQ's along with their priests (and the protestants) didn't want a modernized Church, they wanted the Church eliminated. True, the
orthodoxy were pitted against the heterodoxy. It wasn't an organic forming of two ideological groups after the Council. It was an orchestrated antagonistic event, a tactic with a goal. That third group is as important as the other two in your discussion.

Please explain in one, simple, concise sentence how your ramblings relate to the point Father McDonald was making

We are still waiting for your response. FYI, it doesn't look like the OF is enriching the Philadelphia Archdiocese