MORE CONFUSION FROM THE VATICAN 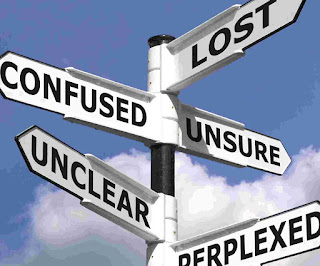 Was Cardinal-Elect Luis Ladaria trying to accomplish an end-run against Cardinal Lorenzo Baldisseri?

Ambiguity, confusion and raising hopes or disappointments depending on what side you fall on the polarization going on in the Church seems to reign these days:

The following is an excerpt from the CRUX article which you can read HERE:

ROME - At a press conference on the summit of bishops focusing on the Pan-Amazonian people and region set for October 2019, Vatican officials did not close the door to the possibility of opening up official ministries to women and married men.

“We don’t want to preclude anything,” said Italian Cardinal Lorenzo Baldisseri, Secretary General of the Synod of Bishops at the conference June 8, though adding that “the Church is currently in its classical position,” concerning women’s and married men’s ordination.
Posted by Fr. Allan J. McDonald at Friday, June 08, 2018

I guess he hasn't read Ordinatio Sacerdotalis because St. John Paul II definitively closed the door on women being ordained. I am really getting sick and tired of these old loons.

“Grow a pair and gain the courage of your convictions and quit trying to contrive an excuse to get laid.”

Recently I read an article by the theologian Charles Curran.
He clearly believes many teachings of the Catholic Church are simply wrong and can be changed and should be changed.
It was interesting to note how Curran believes it is a good thing, in very recent years, for many millions of average Catholics to hear bishops and cardinals publicly disagreeing with one another to an extent that has not been experienced since the debates of Vat II, 1962- 1965.

I am sorry if what follows is not directly relevant to the above post but it is relevant to many other posts and discussions that have taken place on this blog.....anyway, in this article, Curran said the following:

"In the early 1970s, William Levada wrote a doctrinal dissertation at the Gregorian University maintaining that the hierarchical church cannot teach the natural law infallibly. The natural law by its very nature does not depend primarily on revelation and God's word, but on human reason.....and over 40 years later Levada became prefect for the Congregation of the Doctrine of the Faith !!"

I would REALLY appreciate if someone on this blog with (compared to me) a serious knowledge of theology like you Fr MacDonald, or someone like Gene or Fr K, could briefly explain how Curran (and Levada apparently in the 1970s) and others are wrong in believing that the Catholic Church cannot teach the natural law infallibly.

If Kavanaugh and his ilk would like to see what the common man thinks of Pope Francis and the Vatican II reforms, they should wonder over to Yahoo (hardly a bastion of conservatism) and take a look at the following article and the comments that follow. Highly instructive if you are open minded:

I read the article. I have had a lifetime of reading nonsense from senior clerics, but this takes the biscuit. Baldisseri, it should be remembered, was Pope Francis's right hand man at the disastrous 2014 synod.

There is not a sentence which is not platitudinous, jargon-ridden, and essentially vacuous. It's Kavanaugh on speed, and I don't know whether to laugh or cry.

Confusion... division... disunity... and here I thought these were the marks of a diabolic influence.