IF THERE WAS EVER A CASE OF INTELLECTUAL DISHONESTY, PRAYTELL ENDORSES DISSIDENT CHILEAN PROPOSAL FOR REFORMING THE CATHOLIC CHURCH INTO A STRIPPED DOWN REAR ENGINE VOLKSWAGEN BY EXPLOITING A SAD SCANDAL 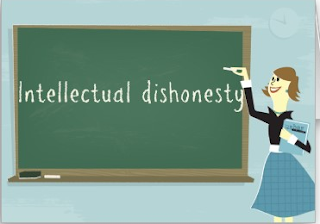 What is intellectually dishonest in the Praytell quotes below my comments is the endorsement of absurd reforms of the liturgy by dissident Catholics in Chile as though these will stop the corruption of certain bishops and priests in the Church and as if the Ordinary Form of the Mass in the vast majority of most parishes don't already experience these minimalistic degradations of the liturgy.

Take the Benedictines at Collegeville who pioneered the stripping of the Catholic Mass and Church architecture and are considered progressives. They have had a significant number of their monks and abbots credibly accused and some convicted of sexual abuse.

Thus endorsing more of the same kind of degrading reforms as though these will bring a new springtime of renewal for a corrupt Church is incredibly intellectually dishonest! It did not, has not and will not work!

Here is a portion of what Praytell endorses from dissidents in Chile:  (with the full text of the letter here : The Church We Seek: An Open Letter to the Pope and the Bishops of Chile.)
Fr. Ruff:

The letter, while striking an admirable tone of humility and dialogue, is forthright in calling for massive reforms in the Catholic Church. Some of the proposals have been heard before and rejected by church authorities; some proposals will be considered by some to be contrary to unchangeable church doctrine. But much of reform agenda has to do with policies and practices that are indisputably able to be implemented by church authorities.
The letter states that it is “born of desolation” that “Christ and his gospel are not getting through and calling the new generations.” An overarching concern is to return to the message of Jesus, even if this means removing undesirable developments from the church’s tradition.
The letter emphasizes the role of the laity, lamenting that “for centuries the idea that the religious life was the most perfect state prevailed.” But building up the Kingdom is the work of “all, not just a few.” The letter charges that

“[t]he role of the laity in the church is almost totally atrophied due to the reigning clericalism of centuries past, based on a theology that expired with Vatican II.”

The letter praises Pope Francis for his example of simplicity, “consonant with the simplicity of Jesus and the Gospel,” but laments that “the example of Pope Francis is more the exception than the rule.”
The letter questions titles such as “Most Reverend” and “Your Excellency”:

“Are not such titles anachronistic? Perhaps in the monarchical era it would have made sense to be called a ‘prince of the church,’ as the Cardinals are, but does it today? The only prince mentioned in the gospel is Satan!”

It criticizes the fact that the offices of the Archbishop of Santiago are called a “palace,” evoking power more than service.
In a passage on liturgy which will interest Pray Tell readers, the letter states:

“[M]any of our liturgical ceremonies are pompous, full of incense and archaic clothing, which made sense in other eras, but are alien to contemporary culture. Would Jesus feel comfortable with such rites? No doubt he would see the good intention, but it is certainly a style at odds with his way of life. Would it not be more attractive today to opt for ecclesial symbols more in keeping with the simplicity and inner purity preached by Jesus and his disciples, fishermen of Galilee?” (all emphases in the original).

In a passage which can’t help but recall disputes around Liberation Theology, the letter cites Matthew 25 to affirm that

“for Jesus the essential thing for salvation is orthopraxis, not orthodoxy. This implies reversing the current emphasis on doctrinal purity toward purity (never fully attainable) of praxis. … Doctrine is important only to the extent that it leads us to orthopraxis.”

Fr Ruff's beliefs, and now those in charge of the Church in Chile, show the extent of the undeclared schism within the Church.

By the way, my simple above comment would never be allowed at PrayTell, which shows how intolerant and determined at any cost they are at changing the Church to their own way. It is more than dishonesty; it is a pernicious dishonesty.