THINGS THAT ARE NOT OF THE 1970'S: MATERNALISM, PATERNALISM AND THE DEVIL 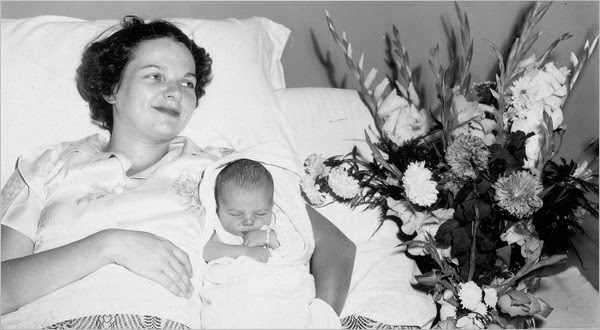 Okay, I admit it, when I listen and watch Pope Francis I am reminded of my seminary days and what I was taught there between 1976 and 1980.  Pope Francis' emphasis on social justice, his embrace of a sort of redeemed form of liberation theology (keep in mind Pope Benedict tried to redeem it too) and his disdain for the more triumphant forms of Catholicism as embodied in high liturgy based upon high Christology as well as the disdain for a recovery of Christendom remind me of what I was taught in the seminary of the 1970's. As well the 1970's seminary has a deep suspicion of canon law and following the rules of the Church from liturgy to marriage to morality what was called "small minded rules" a term dear to the 1970's which Pope Francis has resurrected or never let go.

However, there are major points of departure with Pope Francis' in terms maternalism, paternalism and the devil. These three things were roundly rejected by theologians in the 1970's.

Pope Francis continually refers to the Church as Holy Mother and highlights the maternity of the Blessed Mother in traditional ways. He calls Europe today an old maid (sterile and unmotherly) a term that feminists deplore as it makes it sound like the only true vocation of a woman is motherhood.

He sees the Church not only as mother but field hospital to treat the wounds of Catholics and others and to comfort them. We were taught in the 1970's that "comfort religion" was the worst kind of religion because it did not have a prophetic edge to it.

And certainly there is a paternalism coming from the Pope as he strives to move the Church beyond small minded rules, high liturgy and the culture wars. He wants the Church to be seen in the most positive light not only by Catholics but by the world so that we are attractive and people will want to join.

And then there is the devil. Pope Francis as a pseudo or perhaps real born again Charismatic embraces the theology of the devil in a way I never thought we would see again in the Catholic Church.  To be honest with you, the 1970's in me makes me a bit uncomfortable. If you blame everything on the devil, like Adam and Eve, then you never take personal responsibility of your sins and thus sinners don't need to change their lives in order to receive Holy Communion. Holy Communion becomes a talisman for the unrepentant and some kind of magical pill or elixir that automatically cures a person without his or her cooperation.

Secular progressives love the liberality of liberal Protestantism especially that of the Anglican Communion because it cannot challenge the status quo of sinful secularism that opposes the true God and true Church. Secularist want a divided Christianity with internal turf wars and schisms.

The secular leaders of the east loved the Great Schism. It did for the Church of the East what has happened to the Anglican Communion. It fragments the various Churches and allows secular leaders to influence their national Churches.

The Russian Orthodox Church was despised by many true believers during communism because the state was able to control it but the state couldn't control Roman Catholicism because it had long ago abandoned being one with the state (her most corrupt period).

Even the option of divorce and remarriage in the Orthodox Church was promoted by secular rulers who had a veneer of Christianity. Isn't this what happened to the Church of England when King Henry took over as head?

Is that a picture of you and your Mom?

I've always wondered about this notion that the Church and state were once "one" entity. I don't think that was ever really true, apart from the papal states. In the Medieval period, there were kings and there were bishops, but the kings did not control doctrine or liturgy, and the bishops did not control taxation or declare war. The Church and the kingdoms were distinct entities.

Similarly, in the Nineteenth Century there were many nation-states with the Catholic Church as the state religion, and with bishops even nominated by the state, but it was always clear that these were distinct entities, one only temporal and the other eternal.

I've a bit of GKChesterton's wit in me and so I don't take 'small minded rules' sitting down.

I jump up and demand (in too loud a voice) then please tell me what your 'big minded rules are and why they're superior?'

I've yet to see dioceses, religious orders, colleges, or individual ministry of so-called "sophisticated liberal theologians" that have actually produced the fruit they claimed was inevitable. It's the Marxist heresy of the inevitability of historical-cultural development...that merely being new automatically makes it right and good and superior.

In every case the decay sets in soon or later.

I think one of the problems is precisely in a lack of public debate so perhaps the Synod will teach us something. We need more public controversy and argument, not less.

No not me or my mother, something I got from an image search, but it is 1950's looking isn't it!

And for JBS, I am thinking more of the period of time when the popes and bishops wheeled a great deal of political power and the corruption this created in the sense that those who wanted these offices often were more enamored with the political power than with the religious authority.

Hmmm. I'm wondering, what sort of worldly power could such a worldly bishop exercise in those times and places? Is this just a question of money?

Even though I wasn't alive for those times, I didn't want them to return. The 70's wants their theology and praxis back.

The Russian Orthodox Church was despised by many true believers during communism because the state was able to control it but the state couldn't control Roman Catholicism because it had long ago abandoned being one with the state (her most corrupt period).

'The state' was able to 'control' the Church in Russia because the Patriarch allowed it in order to ease the severe persecution it had undergone in the two decades since the October Revolution.

Even the option of divorce and remarriage in the Orthodox Church was promoted by secular rulers who had a veneer of Christianity. Isn't this what happened to the Church of England when King Henry took over as head?

Can you provide an example of this? And, the two are most emphatically not similar. The Orthodox Church has no head, save Jesus Christ, and the only The secular leaders of the east loved the Great Schism. It did for the Church of the East what has happened to the Anglican Communion. It fragments the various Churches and allows secular leaders to influence their national Churches.

How so? At the time of the schism, there were no 'national churches'—most of what would become the Orthodox world lived under the flag of the Eastern Roman Empire. The 'national churches' Catholics seem to find so scary only came into existence after the erosion of Ottoman authority in Eastern Europe and Asia Minor. Ultimately, your point absurdly suggests the Roman Emperor somehow benefited from something that wouldn't happen for several centuries. It'd be like saying Charlemagne benefited from the absolutism of Louis XIV.

(On an ironic note, my Captcha for this comment is 666 lol)

That paragraph should read:

'Can you provide an example of this? And, the two are most emphatically not similar. The Orthodox Church has no head, save Jesus Christ, and the only time in the history of the Church someone declared himself head of the Church was when the Bishop of Rome did it.'

Of course the Bp of Rome is not the head of the Church, that's Jesus Christ, he is however his vicar...

There's always that other side of history, which Flavius rightly points out here, we in the west rarely look at why things happened the way they did.