THEY SAY HISTORY REPEATS ITSELF, IS SO, IS IT THE 1960'S TURN TO REPEAT? 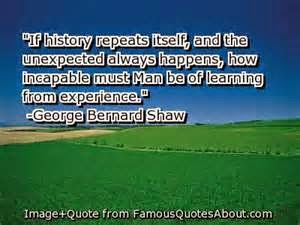 There are similarities with out times and what the 1960's was about in terms of cultural, political, sexual and religious revolution. I can't shake the feeling that I've been here before and done that as it concerns what is happening today in the USA and the world.

Just when I thought race relations would continue to improve especially once a mixed race, person of color, president was elected, we are seeing the potential for racial tensions and riots reaching the hot point of the late 1960's and very early 70's.

Just when one thought that law enforcement was gaining respect from the wider culture, we have new versions of calling them "pigs" today and promoted by the incessant 24 hours news media.

Just when one thought people would see the damage inflicted upon families and individuals by the first sexual revolution of the 1960's, a new one focused on LGBT (even that acronym is revolutionary) is doing for homosexuals what the original sexual revolution did to heterosexuals by mainstreaming what many would call immoral sexual behavior and making the immorality morally acceptable.

And of course there are political upheavals occurring and wars being promoted and reactions to these developing worldwide.

And then we have the Church where the 1960's is rearing its ugly head in terms of the new morality, liturgical issues and Church authority and the secularizing of priesthood and religious life and making it more into a vocation of social work and social justice.

Will there be a new Pope St. John Paul II down the road a bit and a new President Ronald Reagan and a new 1980's sort of conservative preppiness who rebelled against the young hippies of the 1960's but now doing the same for the elderly hippies  today? Who will be the laity's Alex Keaton?

Just wondering and hoping that it comes to pass, my last paragraph that is! :) or :(
Posted by Fr. Allan J. McDonald at Tuesday, December 02, 2014

The pictured quote from George Bernard Shaw is apt for this topic, because it seems that society at large and even our Church has not learned from the mistakes of the past.

The question we must ask is, "Did any of these revolutions make life better?" Pope Paul VI himself predicted that the continued use of contraceptives would result in a society that degrades women. The sexual revolution has led us down a path where families are under attack like never before, innocence is mocked and venereal diseases are rampant (and more deadly than ever). Race relations have taken great strides, but in our zeal to teach the white man not to hate, we seem to have forgotten to teach the same lesson to the black man. The black family has collapsed because our benevolent government took away any incentives for marriage. How can we expect law enforcement to be effective when our laws are gradually no longer based on natural law and the Ten Commandments but upon what is politically correct as legislated from the bench of our courts?

We have put our faith in human institutions to solve mankind's problems and it has only made things worse. A priest once told me that heresies arise when the Church fails to deal with a problem, so the devil presents a solution that is worse than the problem. So it has gone in race relations, sexual morality, women's role in society, the Church's role in society, law enforcement, etc..

Definition of insanity: doing the same thing and expecting a different result.

The "Henry" commenting at 11:01 am is not the Henry who has commented at this blog occasionally since its inception. But it's good to have another Henry here, so I cannot be blamed for everything I actually say. So ... Welcome, New Henry!

May God in His Mercy, prevent a repeat of the 60's

Henry II - They made a GREAT play and movie about your "difficulties" with your wide and kids. It's one of my favorite all time films - "The Lion in Winter"!

Eleanor to Henry: "What would you have me do? Give up? Give out? Give in?"

Henry to Eleanor: "Oh, woman, give me a little peace!"

Eleanor to Henry: "A little peace? Why so modest? How about enternal peace?"

Why, if it didn't seem so ludicrous, it would seem people in the highest offices of all institutions INTENDED it to happen!! In fact, those who believe there is a group trying to bring about the New World Order have been decrying the seemingly senseless decisions made by government and church leaders for many years, decisions that very obviously undermine what everyone knows makes for a strong culture and society. Why are we surprised at the demise of our culture?

And who ever thought just because JPII and Benedict XVI took the helm of the Church the progressives and heterodox disappeared? They merely went underground, but didn't go away. After all, many seminaries and Catholic universities have been churning out clergy indoctrinated in everything but authentic Christianity since the 1960's. Believe me, there were very few clergy and religious here in Chicago who even gave lip service to JPII or Benedict.

What to do? What I do is remember God is not mocked, even by priests, bishops or Popes. My job is to know, love and serve Him. If THEY don't, well, I just shake the dust from my feet and move on. All we can do is go on, doing the best we can, keeping the faith ourselves.

Yes, Bee, but this Pope is making de facto protestants out of all of us because so many of us feel as you do. I don't know where we go and remain Roman Catholics…underground for a while, I guess.

Gene: Well, I actually have thought my very last resort will be to attend an Orthodox Church that is in communion with Rome, one that has the Eucharist. If those should fall too, well, I am hoping and praying I will find some underground priest who says Mass in a holy and devout way. I would assume there will still be some men out there who can not and will not acquiesce to false teachings. So. Will it be like going to Masses in Communist Poland (as did Karol Wojtyla)? Don't know. Will I have to be praying to St. Thomas More? Don't know.

Bee, we'll probably all end up with SSPX. We need a dispensation that allows us to meet our obligation by going only to TLM's (or OF's like FR.'s, which are rare) where we can find them so we can avoid the abominations that OF's everywhere generally seem to be. It is bad to leave Mass disgusted and troubled, which is how I leave OF's at Churches besides St. Jo's.