BREAKING THE 8TH COMMANDMENT WITH VIRTRIOLIC COMMENTS ON BLOG POSTS AND IN OTHER VENUES; THE HOLY FATHER SAY NO; IT IS A WORK OF SATAN 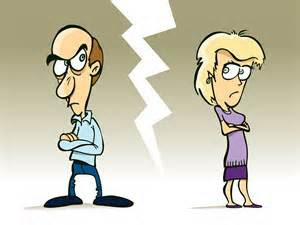 I found the following from a USCCB Blog on Pope Francis and his continuing preaching against breaking the 8th Commandment:

Six months ago today the Holy Spirit swooped down and showed us all what "doing your job" really looks like. Since that time, Pope Francis has taken the world by storm with gestures as big as a peace vigil in St. Peter's Square and as small as a compact car. He's preached to millions gathered on Copacabana Beach and to Vatican employees at daily Mass in the Domus Sanctae Marthae, the Vatican guesthouse where he lives.

The daily forum of the Domus Mass, recently restarted after a summer hiatus, has carried some especially vivid soundbites from Pope Francis. This morning he tackled gossip, calling it cowardice and saying it "kills the image of God" in other people.

This isn't the first time Pope Francis took on the damaging power of words. On June 13, he memorably noted, in reference to slander, that "the tongue can also kill." On April 15, he said calumny is more than mere sin and is, in fact, the work of Satan. And on March 27, a mere two weeks after his election, Pope Francis cautioned Christians against engaging in the "dark joy" of gossip.

It's probably safe to say that no one imagined the Eighth Commandment would get such a workout under the new pope. But here's Pope Francis, consistently sounding off throughout his short pontificate, warning of the dangers of a hierarchy of speech-driven sins:

Even the least of these, according to the pope, is at odds with the "Culture of Encounter" he seeks to promote, in which every person sees every other person they encounter as a human being, loved by God. If gossip "kills the image of God" in others, then we really are less inclined to encounter them as real human beings.

Stepping back against the backdrop of U.S. culture with voices on TV, radio, print and the Internet spouting endless accounts of the failures of other people, the vision and standard Pope Francis holds for society suddenly becomes jarring and daunting. Even more so the value that he suggests people use in place of trash talk: mercy.

With the election of Cardinal Bergoglio, someone predicted by almost none of the pundits and experts, the thought occurred: "Well, kudos to the Holy Spirit for pulling off the relatively mild trick of outsmarting cable news." With his call for an end to gossip, badmouthing and endless attacks on other people, it would seem the election of Pope Francis calls the cable news worldview into serious question in other ways too.

MY COMMENTS: So often when we engage each other on blogs or in person we do so to one-up the person. We all know too that gossiping about people in order to denigrate them and offend their reputation is a mortal sin. We learned this of course in the Baltimore Catechism.

I think few of us today understand "detraction." It is telling others a truth about another person for the purpose of destroying that person's reputation.

On blogs, we do not treat the person with whom we disagree in a Christian way. We go after them and pulverize them publicly. Is this good? Certainly not, it is a part of the malaise of our current culture and its destruction.

So, please be aware of mortal sins you might be committing when you make comments towards others which are uncharitable. These uncharitable remarks are sins that should be included in one's confession.

Maybe I'm just blind, but I don't see much in the way of detraction on this blog. I've certainly noticed a few battles of one-upsmanship between various people who post here and someone whose initials are P.I., but even then, it doesn't appear to be hostile in nature, but just good-humored ribbing among friends.

I'm more concerned about calumnies against Traditionalists that suggest they are Pelagian heretics. Or the dishonest reproach against Triumphalism--the Church's objective claim to the fullness of divine revelation and the right to judge the personal and social obligations of mankind--and its re-labeling as "unbelief in the Risen Christ." It is simply not true and many a postconciliar-obsessed pastor will use such words to continue punishing those faithful to the continuity of Tradtion.

With all due respect to that most well-known personage who is loosening these falsehoods to a Church-hating secular media, I respectfully submit that it would behoove him to exercise greater reserve and specificity in his remarks, lest he give the Church's enemies more ammunition with which to attack us. I say this out of concern for the Church, with respect and with no spirit of or desire for detraction. Gaping at an open wound and denying that it exists is not humility and does not serve anyone.

Thank you so much for posting this. I am almost to the point where I cannot read or comment on many blogs which continually refer to person's faults, real or imagined, instead of ideas.

At this point, the laity seem to be ripping each other apart, or ripping up the clergy, priests and bishops, instead of targeting false teaching. God bless you and pray for all of us.

Father,
You're right about most people not understanding the detraction thing. I think most of us have been operating under the standard that the civil legal system gives us--that the truth is a defense to defamation. In other words, that it is OK to say something bad about another as long as it is factually true and can be proven.

Earl, I certainly agree. What I cannot understand is how anyone can interpret "triumphalism" as "unbelief in the risen Christ." Just how do they get to that?

A lot of this whining about "detraction" and "attacks" is nothing but the effort of the Left to silence critics. This blog, due to the appearance of Ignotus and a few others, has become a venue for argument and polemics. There is nothing wrong with that...unless you cannot take it.

Your definition of detraction, Good Father, is inaccurate.

The Catholic Encyclopedia says: "Detraction is the unjust damaging of another's good name by the revelation of some fault or crime of which that other is really guilty or at any rate is seriously believed to be guilty by the defamer."

It is the UNJUST damaging of another's good name. As J Johnson notes, it is not unjust to reveal a person's faults for the purpose of protecting others from harm.

Finally, as owner of this blog, you have the "power" to approve or disapprove posts. If you think some comments are inappropriate, don't post them.

I was taught that detraction was a worse sin than calumny, and at the age of eight I could not understand why. My teachers never explained it properly, and it was much later that I understood - the one who is a victim of calumny can restore his reputation by exposing the lie, whereas the victim of detraction has no such recourse.

See Father! There are not detractors or calumniators here! In fact, we've just witnessed a miracle: Joseph Johnson and Pater Ignotus agree about something!

I think what he means is more along these lines :)

I've seen this tons of times in various prayer groups I've been part of in the past.

I must plead guilty to wasting about as much time as anyone on internet browsing, and I see precious little calumny or detraction. Just doesn't rise to the level of visibility on the radar screen of current problems.

I assume most people believe what they say of others, hence are not guilty of calumny.

And reference to well-known statements or actions of public figures is certainly not detraction.

So what would be a common example of internet calumny or detraction? I can't recall the last time I saw one.