THIS IS GOOD NEWS, BUT SHOULDN'T THE VATICAN FOCUS MORE ON WHY THERE HAS BEEN SUCH A LOSS OF CATHOLIC IDENTITY, SPIRITUALITY AND BELIEF IN THE HOLY SACRIFICE OF THE MASS THAT HAS LED TO CATHOLICS BEING SECULARIZED AND THEIR CHURCHES CLOSED AND TURNED INTO NIGHT CLUBS? 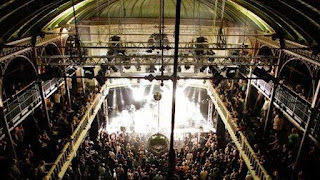 However, the Vatican has new guidelines to dispose of closed Catholic Churches. Does anyone know what was required for such a thing prior to Vatican II?

Sacred Heart Catholic Church in downtown Augusta, Georgia (Diocese of Savannah) was closed in 1970. There was no effort to strip it of it's Catholic treasures of altars, statues and stained glass. Vestments were left behind for others to pilfer and sell.

It was sold in 1986 to an entrepreneur who restored it as a Culture Center, keeping all of the altars, statues and stained glass. It can be used for anything the renter so wishes: 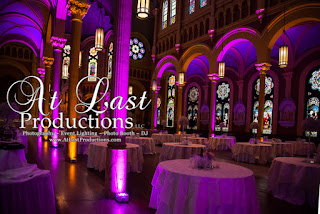 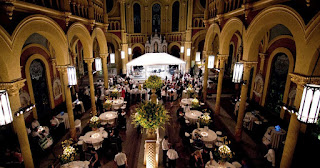 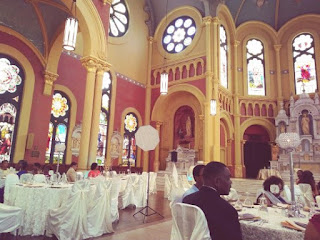 francesco peloso
The secularization advancing in the West poses the problem of the use of former buildings of worship: in Italy there are about 100 thousand with many different owners, three thousand those damaged by the last earthquakes. Guidelines for the episcopates are being studie

My final comment and solution: Why not let lay Catholics have these churches, governed by a board of trustees and to be used as a Shrine or other suitable Catholic purpose? The bishop would divest himself from the building but allow Catholics to have weddings, funerals and other liturgies in these shrines.

In Augusta, Catholics can rent Sacred Heart for wedding receptions and other non religious events. But they aren't allowed to have their weddings or funerals there. Protestants can and do all the time. It is sad, truly sad.

Recently a Catholic who wanted her funeral at Sacred Heart was denied, thus an Episcopal priest presided over her funeral liturgy, whatever Episcopalians call it.
Posted by Fr. Allan J. McDonald at Thursday, July 12, 2018

I recently met with 2 of our Associate Pastors (yes, we have them in RI) and the Diocesan Vocations Director to discuss why the Dominicans in the Province of St. Joseph are experiencing such an unbelievable vocations boon; ~18 entering the Novitiate this year alone and they ordained 9 new Priests in May on top of 12 the year prior. We were talking about this and my daughter Laura's entering the Dominican Sisters of St Cecilia next month (August 15th) and Father Murphey (Vocations Director) I think hit the nail on the head. He said the Dominicans offer something the youth of today crave....CLARITY. We all agreed that this was a key to their success. They are eminently approachable and truly live their charism of preaching, teaching and praying. They are fun to be around and are magnetic but above all, they are absolutely unwavering when it comes to the teachings and practice of our faith. No waffling, no "you can have your cake and eat it too", no relativism. Take it or leave it. This is what I believe is SO LACKING in so many dioceses. The faithful do not have clarity and that starts from the Bishop and cascades on down. Stop trying to thread the needle. Off my high horse now :)

I suppose the parish was a victim of the movement of Catholics away from downtown up to the Hill and then beyond, these days, to Columbia County. Thus, you could not sustain two (or was it three?) Catholic churches in downtown Augusta.

Some even say St. Marys on the Hill is slowly losing members to St. Teresa of Avila in Columbia County.

I am wondering why the church building you refer to could not have been made an oratory. The Diocese of Winona has had to close quite a few churches due to population shifts away from rural communities into larger towns as well as a loss of priests. However, they have specific rules that I assume came from the Vatican, governing what happens to the church building. Oratory: (sometimes called “public chapel”): A place set aside by permission of an ordinary(e.g., the Diocesan Bishop) for divine worship for the benefit of some community or assembly of the faithful who gather there; other members of the faithful may also have access to it with the consent of the competent superior. All sacred celebrations may take place in an oratory unless otherwise excluded by the law, by particular provision of the local ordinary, or by liturgical norms.>